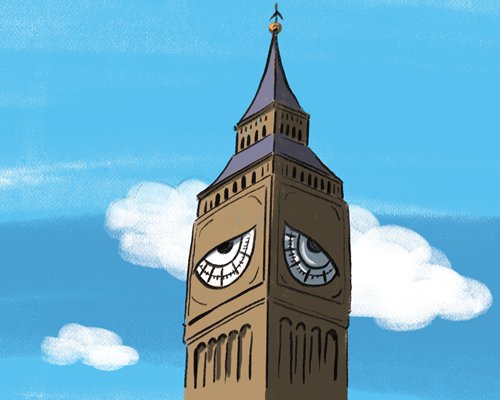 Sir Winston Churchill once said that "success consists of going from failure to failure without loss of enthusiasm." When it comes to Brexit, it is undeniable that there have been failures: let's hope that those in charge do not lose enthusiasm. Brexit has become a synonym of uncertainty. It has been so from inception (for instance, Nigel Farage's lies - or "mistakes," according to him - about the £350 million ($453 million) a week extra amount could be spent on the NHS if the UK backed a Brexit vote) and it is still so today. Media carry news of Brexit almost every day, especially now that the March 2019 deadline is coming closer, and also because of Boris Johnson's and David Davis' resignation in July as well as Theresa May's weak position. Right now, no one is sure of what will happen. Will there be a "hard Brexit," a "soft Brexit," a Brexit with no deal, or even no Brexit at all? One week it seems there will be a "soft Brexit," during the next one it seems there will be no deal ... and so on. Just in case, EU countries are already discreetly preparing for a no-deal Brexit.In this article I will not focus on how Brexit will affect the EU, but on how it will affect UK-China relations. The long-term impact of Brexit on China will depend on the kind of Brexit and also on the degree of EU unity: China will be far more interested in dealing with a post-"soft Brexit" UK rather than dealing with a UK which left the EU with no deal whatsoever. The UK is the EU's top recipient for Chinese FDI (€23 billion, or $26.7 billion in 2016), becoming China's second largest trade partner in Europe (€62 billion in 2016), after Germany. In 2017, Britain's trade with China boomed as the rest of the EU lagged. According to the Office for National Statistics, the UK sends 3.1 percent of its exports to China, while a 7 percent of its imports are from China.However, post-Brexit UK will be less attractive to China. British Prime Minister Theresa May visited China and met President Xi Jinping in February along with a delegation of 50 UK businessmen, signing a "joint trade and investment review" with China and deals worth £9 billion. Nevertheless, for China, doing business with the post-Brexit UK will be much more difficult, since there will be many more procedures involved. The UK was interesting for China because it was part of the EU. Keeping the current UK-China trade relationship is more essential for the UK than for China because after Brexit the UK will not be a gateway into the EU. Besides, now in the middle of the US-China trade war, the UK will probably be very cautious not to further damage the relationship with the US and with President Donald Trump, so every step has to be taken cautiously.Another important topic is the "internationalization" of the RMB: because of Brexit, China will have to alter its plan to use London to internationalize the RMB. In May 2016, London was declared a key-RMB platform alongside New York and Hong Kong. Chinese Treasury bonds have been issued in London, but a big part of Beijing's interest in London is because it wants to have access to the EU's more than 400 million consumer market. The loss of London to internationalize the RMB may benefit other financial centers such as Paris, Frankfurt or Hong Kong. Since the UK will become more insulated from the rest of Europe, Hong Kong is in a position to be a gateway to the Chinese mainland. Hong Kong's newfound status will attract displaced investors, given that funds domiciled in Hong Kong meeting certain criteria may be marketed to millions of potential investors on the Chinese mainland. Keeping the UK-China trade relationship is more essential to the UK than to China. The UK, on its own, will be less attractive for its trading partners, including China. In other words, when it comes to the UK-China relationship post-Brexit, the UK will suffer much more from it than China.A lot will depend on the kind of Brexit. Let's hope that if Brexit cannot be avoided, at least the best possible deal for all the parties involved is reached.