OPINIONS Poverty is a word, not a life sentence

Poverty is a word, not a life sentence

Thirty years ago, I worked with a remote indigenous village, or community, in central Australia. The people in Alpurrurulam lived in poverty, had limited and overcrowded housing, and survived on small financial benefits from the government. Indigenous poverty alleviation was a high priority for both state and federal governments, and millions of dollars were allocated to the problem in Australia.

Thirty years later, in 2020, little has changed. Sure, there are a few more houses, but the population has also grown, so overcrowding remains a problem. Health services have improved but remain basic. Education seems pointless because there are no jobs to aspire to. Access for these remote communities remains difficult, and virtually impossible when it rains.

The level of government support has not kept pace with inflation, so people struggle to afford food, fuel and utility prices. Life is better, but perhaps not measurably better. 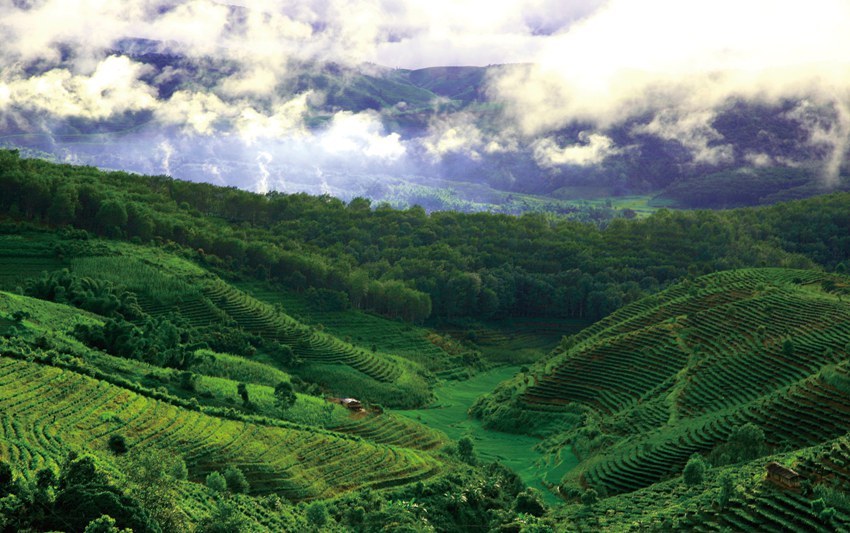 The difference after 30 years of China’s poverty alleviation efforts is measurable. A few years ago, I sipped fresh Pu’er tea from the Zhulin village harvest in the mountains of southwestern Yunnan Province located on the ancient tea horse road. 700-year-old long leaf Yunnan tea trees clung to impossibly steep hillsides.

New high-quality roads allow buyers to easily access these remote tea growing areas, allowing these special ancient trees to be individually harvested rather than having their leaves lumped together with younger trees and getting a reduced market price.

This treasured ancient tree growth has massively boosted the incomes of farmers who, just a few years ago, were classed as impoverished tea growers. A simple, narrow, winding paved road has boosted the income of Zhulin village because it means these prized leaves can easily be transported to markets.

The provincial expressway makes a difference because it provides a reliable and efficient logistical link between these remote areas of Yunnan and the broader domestic markets of China and elsewhere. The result is an explosion of agriculture. The expressway has transformed the economic activity of southwestern Yunnan. Existing agriculture business expands because markets can be reached more quickly. It enables the development of new industries that were inconceivable in the past because of logistical and transport constraints.

So why the difference in outcomes over the same 30-year period in Yunnan and in Alpurrurulam? Perhaps it comes down, not to money, but to a philosophy of poverty alleviation. The Western solution to poverty is deeply embedded in protestant Christian ethics. Central to this approach is the belief that people are poor because they are lazy and indigent. The solution to their poverty is a moral issue. Give them too much and they will become ‘dole bludgers’ – mendicants gaming the system because they have no incentive to work.

This perspective gave rise to the Western poor houses where the poor were forced to work for their keep. In Australia, this perspective is seen in the requirement to apply for 20 jobs a month even if your community has no jobs available. Job offers are often hundreds of kilometres away and can only be reached over poorly maintained roads. Getting there may cost more than a quarter of the fortnightly government support benefit.

The application of big data in Western economies often increases stratification and blocks social mobility. The poor become easily defined targets for rapacious money lenders and targets for higher interest rates. The poor are condemned to continued poverty because they are all tarred with the same big data brush by who they associate with, their buying habits, by their interaction with the law and health and social services.

Removing these big data barriers is an essential step that underpins the alleviation of poverty which, in turn, creates economic growth instead of economic dependency.

The Chinese philosophy of poverty alleviation is different, and this is evidenced in the remarkable charges over the same 30-year period that has seen little substantive change in indigenous poverty in Australia. The Chinese approach does not assign a moral judgement on the poor. My discussions with administrators and others suggest that poverty is viewed as an economic problem that is solved, not with virtuous sermons, but with action to improve economic conditions so that children can go to school, so that businesses can be created, so that economic activity can expand and create jobs.

The focus is on constructing the necessary infrastructure so tea from remote villages can be taken to market more easily. It’s the infrastructure that brings flower-growing farmers together in the Dounan flower market in Kunming, giving them access to wider China and global markets. It’s the infrastructure that enables fresh produce to be loaded onto fast trains and delivered to major urban centres within days and at better prices. Land that was left fallow in Xinjiang because there was no market to justify extra production is now bursting with cereal crops growing beneath orchards laden with fresh fruit waiting to be shipped to Xi’an, Shanghai and beyond.

In Gansu, just outside of Dunhuang, we pulled off the road to buy fresh fruit. The farmer on the roadside stall sold his own grapes using WeChat Pay. It’s such a common process that we barely pause to think about it, and yet this is the stairway out of poverty. He was plugged into e-commerce just as effectively as the smartest downtown store in a Shanghai shopping mall.

WeChat Pay also gives him an effective banking service which brings the unbankable cash economy into a credit economy. It opens a financial world beyond the borders of the village, the province and even the country.

When poverty is the result of lack of economic opportunity, then the solution to poverty alleviation is to create the conditions necessary for economic opportunity. China’s focus is on enabling people to lift themselves out of poverty by enabling and supporting economic opportunities. A tour guide at the foothills of the Tianshan mountain range of the edge of the Taklamakan Desert uses his Huawei 5G phone to complete an international payment transaction. This access to the global economy acts as a driver for the alleviation of poverty.

Western countries openly acknowledge and admire China’s success in poverty alleviation efforts, lifting 850 million people out of poverty in the last four decades. But they are unable to match these achievements because deep down they believe poverty is the result of personal deficiencies and not caused by structural economic failure.

Let’s not pretend that life is not very hard for many – it is. But in China, there is a genuine belief, based on past achievements, that life will improve, and that poverty will slowly be alleviated on the path to a moderately prosperous society. In China, poverty has become just a word, and not a life sentence.

Daryl Guppy is an international financial technical analysis expert. He is a national board member of the Australia China Business Council. The views expressed here are his own.