Today is the International Day of Charity and the day Mother Teresa passed on September 5, 1997. 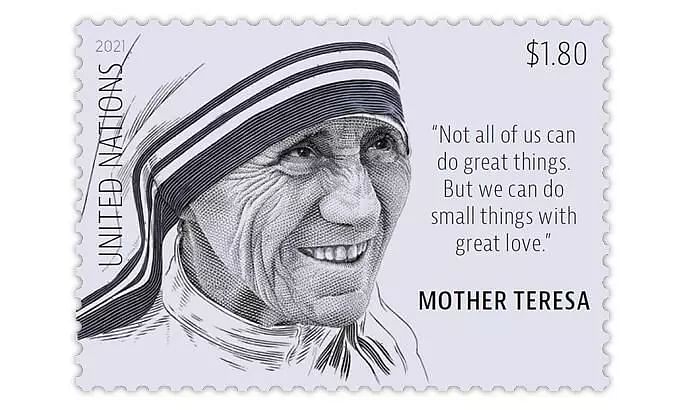 “We can together proclaim the joy of spreading peace, the joy of loving one another and the joy acknowledging that the poorest of the poor are our brothers and sisters.” These words were spoken by the late Mother Teresa.

An iconic figure who received the Nobel Peace Prize “for work undertaken in the struggle to overcome poverty and distress, which constitute a threat to peace.”

Today, poverty in all its forms and dimensions, remains the ultimate global threat to peace, whose eradication is an indispensable requirement for achieving the 2030 Agenda on Sustainable Development. But with the COVID-19 pandemic severely damaging lives and livelihoods, multiplied by the forces of worsening climate change and conflict, our progress has regrettably stalled.

As a result, in 2020, up to 80 million people in emerging Asian economies were pushed into extreme poverty according to the Asian Development Bank. This is not only unacceptable; this is unsustainable.

Academicians and social policy experts worldwide have pointed to the fact that poverty is an unnatural condition, that if allowed to foment, facilitates the rise of movements based on hatred and rooted in extremist ideology. Across the world, poverty only gives way to political instability and the misdirected rhetoric of intolerance and violence towards women and girls, ethnic and religious minorities, and refugees.

The COVID-19 pandemic has been associated with a shadow pandemic of domestic violence and sexual assault and increasing levels of hate crimes perpetrated towards Asian women and men. We are witnessing what the words of fear and loathing can do and the damaging consequences.

But from the uncertainty of just under a year ago has emerged the rollout of safe and effective COVID-19 vaccines throughout the world; some developed right here in China, a critical tool in our arsenal in responding to this global health crisis.

This presents a ray of hope for all and is a demonstration of true leadership and resolve from the global scientific community. One must not now, however, underestimate the challenge of combating poverty. As delegations soon convene for the 76th Session of the UN General Assembly later this month, we all need to consider that if poverty is an epidemic and a threat to peace, we need to treat it as such and plan to reverse it.

As seen throughout the past twenty months, the human spirit perseveres and is never stronger than when joining forces for mercy. Around the world, misery has been met with purposeful love and with acts of charity engineered to counter suffering, as demonstrated by the response to the 2021 floods in Henan province and in past natural disasters including the 2008 Wenchuan earthquake.

What is the antidote to poverty and the rise of rancorous nationalism, xenophobia, racism, and sexism? It is global solidarity and compassion.

First, the vast majority of COVID-19 vaccines have been administered in high- and upper-middle-income countries, accelerating the new variants of concern that increase the risks of infection. We must reject vaccine nationalism, act to equitably distribute vaccines, put an end to the pandemic, save lives and secure global economic recovery.

China has so far provided more than 990 million doses of COVID19 vaccines overseas. I commend Chinese authorities for the recent pledge of US$ 100 million to the COVAX Facility, which will see more than 100 million doses donated towards equitable access to COVID-19 vaccines for lower-income countries before the end of October, as announced by Foreign Minister Wang Yi, in addition to China's donation of personal protective equipment and other supplies throughout the pandemic.

Second, the latest IPCC report presents a clear “code-red for humanity” and making peace with nature remains the defining task of the 21st century. In the lead-up to COP15 and COP26, governments around the world must accelerate recovery through transformational green investments in biodiversity, clean energy, and food security.

Third, meaningful change must be preceded by determined political leadership in representing the will of their citizens, who increasingly see their lot as part of a shared humanity in an interconnected world.

Fourth, governments must honour their word and support their citizens with actions in response to intertwined global challenges and act decisively in the pursuit of progress through bold and considered public policy, leaving no one behind.

Fifth, we must uphold the agenda of new partnerships and mobilize the action of diverse businesses, from cooperatives to micro-enterprises to multinationals, and academic, charitable, civil society, non-governmental and philanthropic organizations towards the eradication of extreme poverty and achievement of the Sustainable Development Goals in support of national governments.

In the announcement of China’s successful efforts in the fight against extreme poverty, we see that progress is indeed possible. But as President Xi Jinping has said "Being lifted out of poverty is not an end in itself but the starting point of a new life and a new pursuit."

With less than 10 years to go in this Decade of Action to achieve the SDGs, there is a chance to change the world here – to counter hatred with compassion, and anger with respect – but it requires the understanding that, despite our different realities, we have common hopes for ourselves and our children, as well as shared destinies.

At the outset of this year the UN Secretary-General, António Guterres, said, “We can move from an annus horribilis to make this an ‘annus possibilitatis’ – a year of possibility and hope.” Despite the feelings of pessimism and newly fraying forces that at times paint a picture of gloom, I am convinced that we can still harness the truth of our shared humanity.

As we commemorate International Day of Charity on the 5th of September this year in the memory of Mother Teresa, let us shine a torch for peace and compassion for the vulnerable everywhere.

The author is the UN Resident Coordinator in China and born in the city that was Mother Teresa’s home - Calcutta, India.