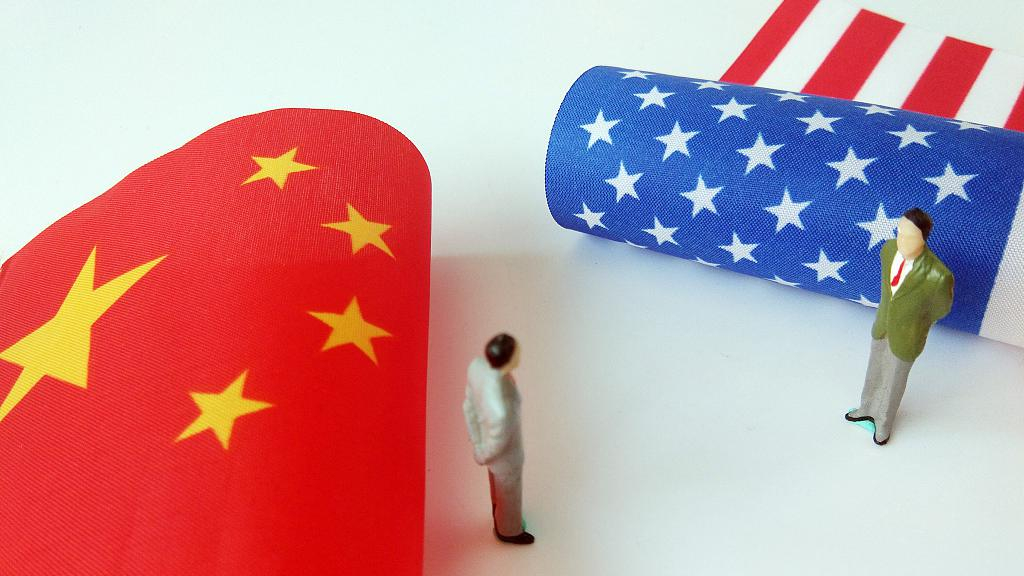 Chinese and US trade representatives concluded "constructive" trade talks in Beijing on Friday, US Treasury Secretary Steven Mnuchin said in a tweet.

Since February 27, 2018, China and the US have held eight rounds of trade talks.

Now, Chinese Vice Premier Liu He has been invited to Washington for the ninth round of talks in early April. Whether an agreement can be reached in the final round of talks still seems to be uncertain given the attitude of the US side.

Negotiations, held at such intensity, are rarely seen in contemporary international relations. The talks have the following characteristics. Firstly, the goals of the two sides are clear – both are committed to reaching an agreement through consultations so as to solve the current economic and trade problems. This is a responsible move to develop Sino-US ties and stabilize the global situation.

Thirdly, talks have attached great importance to structural reforms in the two countries. The US has put forward a series of demands for China's reform, some of which are in line with China's own development plan while others are about the fundamental institutions that China finds impossible to change.

While making requests to China, the US also needs to make some structural adjustments to its long-established industrial and consumption patterns.

Fourthly, the talks will help institutionalize China-US relations. The new trade measures and rules will regulate the two countries' behaviors and lay a new foundation for the future China-US economic and trade relations.

Fifth, both sides are serious and committed to the talks. The final deal, if reached, will direct the future of China-US relations and thus must not be dealt with casually. Prudent consideration is required in the wording of the deal so as to avoid potential problems in the future.

The above are the reasons why the trade talks are held so frequently, so intensely and laboriously, and have drawn so much attention.

For the US, the negotiation is a process of wrestling among its political and economic forces. Some strategic security conservatives are always worried that China's rise presents a structural challenge to the US and will undermine its national power, challenge its supremacy and eventually replace it as the global leader.

They even claim that China is using the so-called "sharp power" to infiltrate foreign countries and influence American society. Therefore, they seek to organize the so-called "Committee on the Present Danger: China," calling China an "an aggressive totalitarian foe" to the US and its idea of liberty.

They also warn that the US needs to consider how to resist the information, political, commercial, and cyber wars launched by China, which are purely their illusion. If this Cold War-style mentality is used to guide the China-US high-level talks, it is difficult to achieve mutually acceptable results.

But still, there are many rational and positive views about China-US talks within the United States. Many believe that the above-mentioned extreme views have demonized China and are an overreaction that might seriously distort China-US relations.

It must be noted that the US business community views China-US economic and trade relations more objectively and rationally. They not only hope to expand the types of products traded with China, thus increasing their exports to China, but also advocate for greater investment in China and the introduction of more Chinese funds to develop American Midwest, thus making up for the old and inadequate infrastructures in the United States.

The Wall Street financiers are eager to gain more benefits through the opening of China's financial market. Not to mention the suppliers of soybean, dairy products, meat, wine and other industries in the US; they all regard China as an important business partner.

In addition, there is a common view in the US inland that in the past ten years, the North American continent, especially the Midwest regions, needs to upgrade and expand expressway network, increase the speed of railway transport and develop intermodal transportation, raise the capacity of ports in the Great Lakes, and renew and expand airport facilities.

The development in these fields is a prerequisite for the US to revive its manufacturing industry. China, which has the best know-how in infrastructure construction, can be a very good partner.

It is worth noting that the support from the swing states along the "Rust Belt" in the Midwest played a decisive role in Donald Trump's 2016 presidential election. But against the backdrop of the China-US trade frictions, the Democratic Party had gained an upper hand in some of these states during the mid-term elections, ringing an alarm for Trump.

Therefore, the China-US high-level trade negotiations are not just about "talking the talk" at the table, but an occasion where politicians of the two countries position and arrange Sino-US bilateral relations with an eye on the future.

Should the US pursue an unrealistic ideology-based strategic goal, or should it coordinate domestic political and economic interests and make a choice that is more in line with its long-term development needs?

President Trump is pragmatic. Through a period of interactions with China, Trump is getting to realize the complexity and importance of China-US relations. The president has the wisdom to constructively steer the US away from the collision course with China in this "epic" trade friction to pragmatic and stable cooperation with China and reach a mutually beneficial agreement based on the consensus reached between the leaders of the two countries.