OPINIONS Preparations for wildfires can never be overemphasized

Preparations for wildfires can never be overemphasized 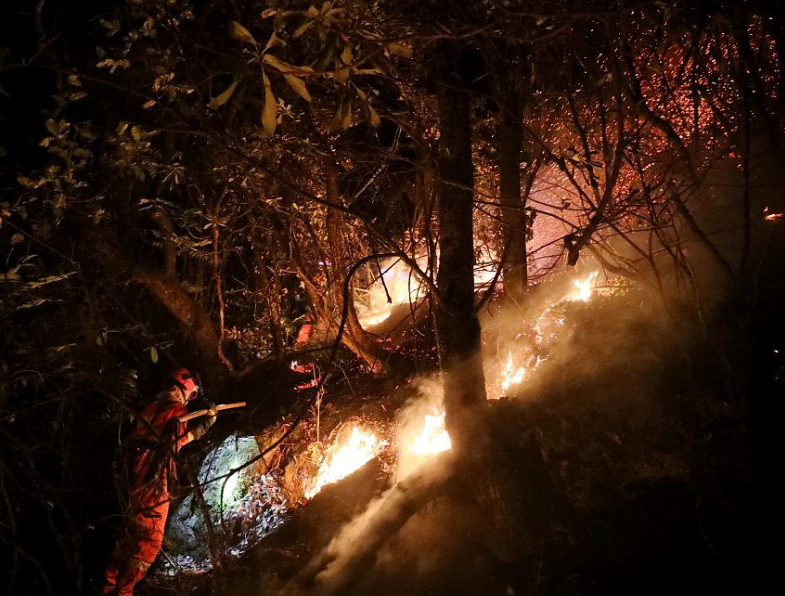 The deaths of 27 firefighters and three local residents who were engulfed by a burst of explosive fire on Monday in Southwest China’s Sichuan province have touched people’s hearts.

Yet while mourning the dead and offering condolences to their families, we should not ignore the fact that lessons need to be learned from the tragedy and that it is necessary to find out whether there was any negligence or deficiency in directing the firefighting efforts that contributed to the loss of so many lives.

Of course, the bravery the firefighters and local residents demonstrated in fighting the forest fire is worth our admiration. There is reason enough to regard them as heroes. However, if the authorities had taken into consideration a number of what-ifs before sending the firefighters into the forest, their lives might have been spared and their efforts to combat the blaze might have been more effective.

Plans should have been drawn up to deal with any foreseeable contingency. At an altitude of 3,800 meters, in which direction the wind blows is a factor that has to be taken into account, along with what might happen should it suddenly change direction. And since the mountainous terrain in Muli county of the Liangshan Yi autonomous prefecture is very complicated and there is hardly any access to the forest where the fire broke out, there should have been a clear plan in place for how the firefighters would retreat if necessary.

It is also reported that decomposed falling leaves that had accumulated over many years had formed thick layers of humus in the forest that could easily catch fire. And under the humus there might be biogas, which will explode if the humus catches fire. Even without biogas, any humus fire is very difficult to put out.

Thus it is necessary for the local governments and relevant experts to discuss what lessons can be learned from this tragedy and what kind of contingency plans should be made for fighting forest fires in different localities.

A lack of precipitation for nearly six months in many parts of the country, most parts of North China in particular, has considerably increased the risk of forest fires. And with the greater frequency of extreme weather conditions because of climate change, the importance of preparations in both manpower and equipment to control wildfires cannot be overemphasized.

The professional training of firefighters to fight forest fires in various circumstances should be increased and more advanced equipment should be provided. This would not just upgrade the efficiency of fighting forest fires, it would also protect the lives of firefighters.