China and the European countries are expected to boost bilateral relations and sign cooperation documents on many fields, said Zhao Huaipu, a professor at the China Foreign Affairs University and deputy secretary general of the China National Association for International Studies (CNAIS).

"President Xi's state visits are expected to cover important topics in the China-Europe relationship, which will play a guiding role for further development between the two sides in the next few years," Zhao said.

During the visits, much anticipation has been placed on the signing of a Memorandum of Understanding (MoU) between China and Italy on the BRI. If signed, it would be China's first MoU on the initiative signed with a Group of Seven country.

"The signing of MoU with Italy will be an extraordinary milestone. It's a signal of potential cooperation with other EU member countries," Zhao told the People's Daily.

According to Italian Prime Minister Giuseppe Conte, the non-binding agreement to be signed is a "declaration of intent" which is expected to win Chinese investment for Italy's Genoa and Taranto ports and to bring high European standards to BRI projects in terms of finance, rule of law and environmental protection. 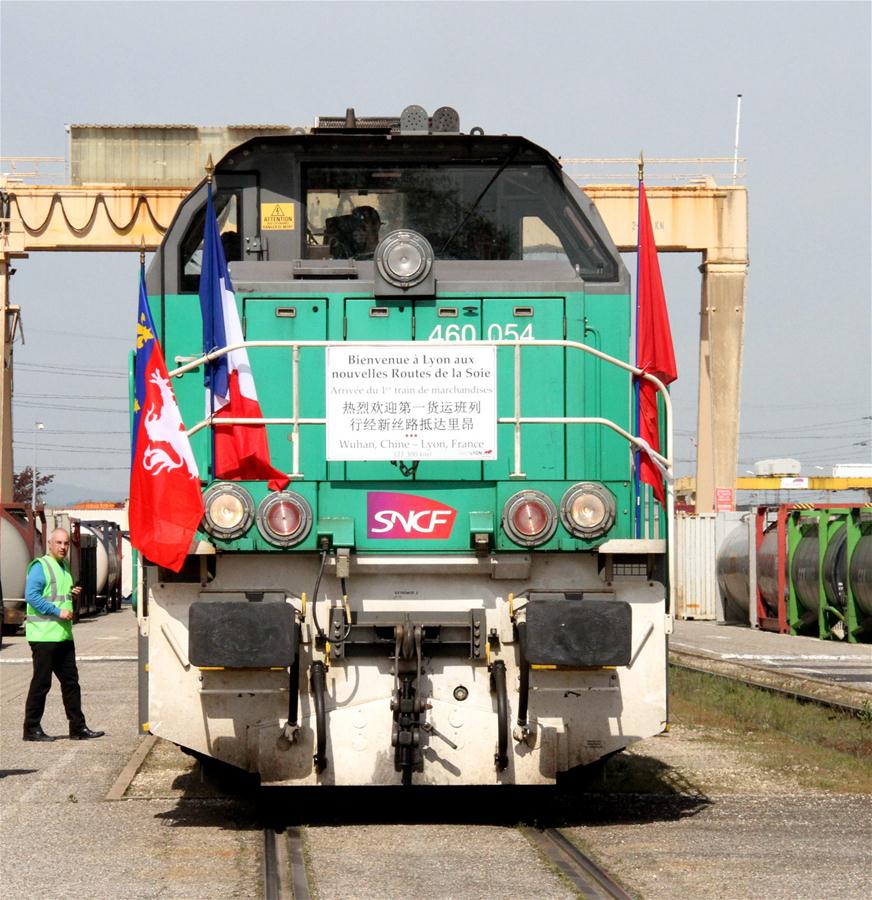 This photo taken on April 21, 2016 shows a freight train from Wuhan, China, arriving for the first time at the freight railway station in Saint-Priest, outside Lyon, southeastern France. (Photo: Xinhua)

In addition, China is also expected to discuss more areas of cooperation, promoting practical cooperation in various fields and coordination in multilateral institutions and international organizations.

During the BRI cooperation, China and European countries could find more opportunities in various fields of multilateral cooperation in the future, such as the “Juncker Investment Plan” (The Investment Plan for Europe), the European interconnection strategy and third-party market cooperation, Zhao said.

When asked about the worries of the EU’s foreign investment screening system released recently, Zhao said the screening will not block the in-depth cooperation between China and Europe.

The EU, an important partner of China, attaches great importance to the Chinese market. “Cooperation between the two sides is much greater than our differences,” Zhao said.

Practical cooperation between the two sides will prove that the BRI has no geopolitical intentions. The economic and financial cooperation will be carried out on the basis of equality and mutual benefit, Zhao added.

A growing number of European companies are enjoying the opportunities and benefits created by China's further opening up. The BRI is now in a stage of development in which more and more countries are recognizing its economic benefits.

At present, among all the EU countries, 16 are already members of the "16+1" mechanism, while Malta, Greece, and Portugal have joined the BRI. Counting Italy, there will be 20 countries entering a cooperative relationship with China.

As two major powers in the world, China and the EU will further promote cooperation, which will promote the world’s development in a stable and balanced way.

“An increasing number of countries will support and participate in the BRI,” said Zhao.