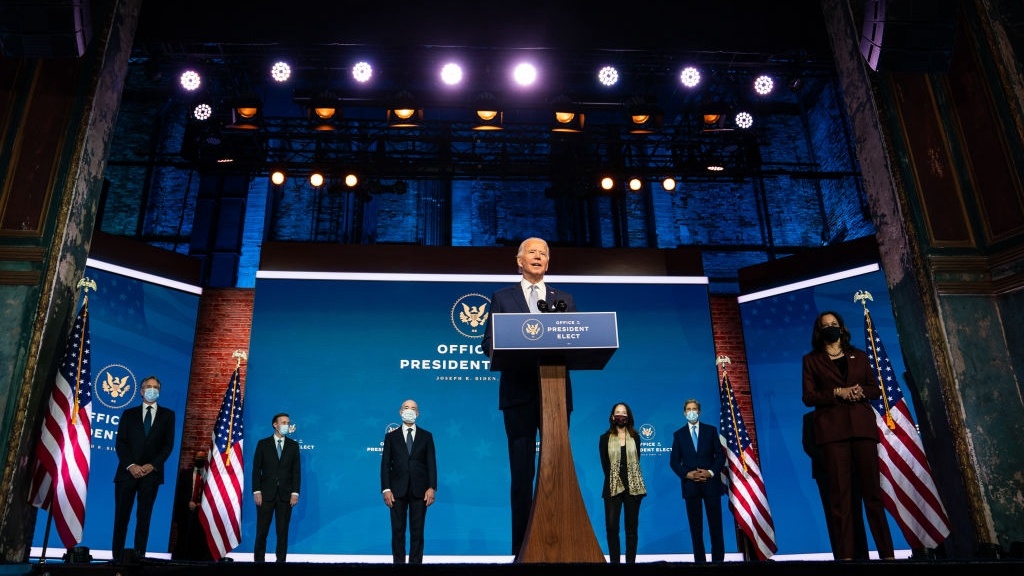 The fiercely contested presidential race has shown the world a long-fractured American society with a hard-to-heal wound. Divisiveness has been woven into the very fabric of the US society. Severe political polarization, racial inequality and income disparity have, particularly in recent years, continued to worsen. The country's leaders, while being well aware of their people's agonies, have not only done little to patch up the wound, but more often than not rubbed salt into it.

Republicans and Democrats are now at loggerheads with each other on almost every issue that has a bearing on the well-being of the American public, ranging from foreign policy, taxation, pandemic aid to immigration, gun control and abortion rights. Their rift has become too big to mend.

Discord, contention and intolerance have extended beyond political parties into communities, and even families. "This polarization has become so intense that many people no longer trust anyone from a differing perspective," Brookings Institution senior fellow Darrell West said in his new book Divided Politics, Divided Nation.

Alarmingly, an enabling environment has been created for the growth of far-right and far-left groups, which are inciting hate, preaching violence, and endangering social stability and security.

A thwarted scheme by a right-wing militia to kidnap the Democratic governor of Michigan and overthrow the state government in early October was a testament to the danger of leaving extremism unchecked.

Yet, it takes far more than chanting slogans, or even defunding the police, to end the injustice inflicted upon African Americans, as efforts are yet to be made to get to the real root of the problem -- economic and social inequality.

The COVID-19 pandemic, now raging in the United States, has laid bare the racial economic divide, as minority communities including African Americans and Latinos, many with low-paying yet essential jobs, have been disproportionately affected by the virus and killed at a higher rate than white Americans.

The gap between the rich and the poor has continued to widen, and closing it has become seemingly unlikely. According to the US Federal Reserve's data, in the second quarter of 2020, the top one percent of the US population held 30.5 percent of the country's total wealth, while the bottom 50 percent controlled only 1.9 percent.

The government's failure to contain the pandemic has widened the cracks in society. With the world's highest coronavirus caseload and death toll, the United States has found itself knee-deep in an economic recession. Tens of millions of Americans do not have a job, or even a place to live. The number of Americans struggling in poverty has grown by 8 million since May, a recent study showed.

With a political system that divides society more than uniting it, every presidential election, and the tumult and noise surrounding it, will only disconcert the American people, and increasingly pit them against one another.

"Unless people can bridge these divisions and forge a new path forward, it will be impossible to work together, maintain a functioning democracy, and solve the country's pressing policy problems," West said.