OPINIONS Preventing youth violence should be part of HK reforms

Preventing youth violence should be part of HK reforms 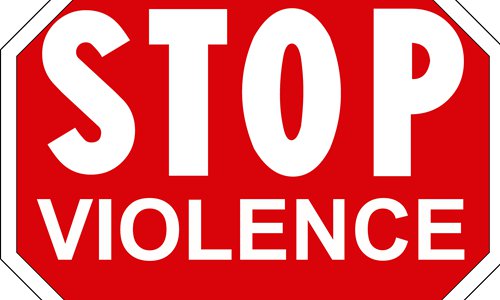 Hong Kong Chief Secretary for Administration Matthew Cheung Kin-chung said on October 10 that of 2,379 arrested, 750 were aged under 18 and 104 below 16. The city's Sing Tao Daily reported that from September 1 to 27, 207 students were detained, 38 percent of the 550 arrested.

Although these young violent protesters only account for a fraction of Hong Kong adolescents, it is more than enough to raise concerns.

The World Health Organization (WHO) identifies youth violence as a "global public health problem" which includes "a range of acts from bullying and physical fighting, to more severe sexual and physical assault to homicide."

Some violent young Hongkongers' behaviors can undoubtedly be categorized as "physical fighting" and even "physical assault." On October 13, for example, a 19-year-old middle school student stabbed a Hong Kong police officer in the neck during a protest. And in August, a 12-year-old boy carried a 5-inch-long iron rod to the street, obviously prepared to assault police officers.

It is extremely heartbreaking to see these teenagers, who are supposed to be educated in school, engaging in this endless chaos.

Some young people claim that the society they live in is filled with unfairness and oppression. Thus, whatever they do is righteous and to defend the so-called democracy and freedom.

But even if what they believe is true - actually not, though - the best solution for them is to make arduous efforts, become the mainstay of society, and change the status quo through proper channels. After all, the future of a society lies in the youth.

Expressing their appeals must be done in a reasonable and legal way. This is a basic requirement for any citizen in a democratic and legal society. Violence, however, cannot solve any problem and runs counter to their pursuit.

As teenagers are too young to understand these, schools and teachers should play a positive role. In the mainland, governments at all levels attach great importance to the youth violence issue. For example, a crackdown on campus bullying is implemented in many schools.

But in Hong Kong, facing students' violent acts, some schools and teachers not only take no action, but even add fuel to the fire. VOA Chinese reported in August that thousands of Hong Kong teachers also joined anti-government protests to "protect" their students.

Is their "support" conducive to the students' development? Some Hong Kong teachers should seriously think about these questions.

Violent protests are a warning to Hong Kong. The city's education sector needs further changes. In addition to imparting knowledge, schools should teach students to abide by the law and discipline and to avoid a propensity for violence. And as the WHO suggests, "therapeutic approaches for youths at high risk of being involved in violence" should be introduced.

Such measures will be beneficial not only to the teenagers' physical and mental health, but also to society.