OPINIONS Pro-US strategy may push India into the abyss

Pro-US strategy may push India into the abyss 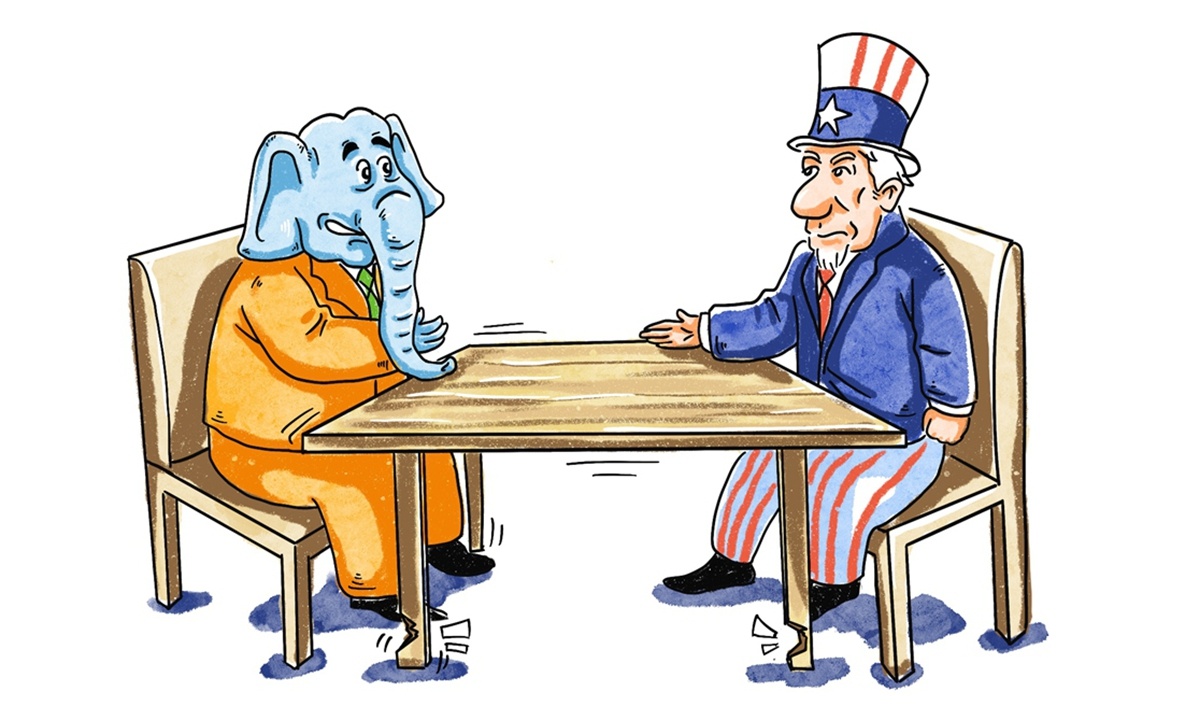 In a farewell address at the end of his tenure in New Delhi on Tuesday, US Ambassador Kenneth Juster said that the US has cooperated with India to counter "aggressive" Chinese actions at the Line of Actual Control. This is the first time an official confirmed US-India cooperation over the ongoing eight-month-long border standoff between China and India, according to The Hindu on Tuesday.

The strengthened US-India military cooperation after the Galwan Valley clash in June is obvious. For one thing, India is receiving a lot of equipment from the US, including a number of assault rifles for the special forces as well as the SIG Sauer assault rifles for the infantry troops. For another, the Indian Army received the initial consignment of extreme cold weather clothing from the US for its troops deployed on the border, the ANI reported in November. It's also been reported that the two countries have gotten closer in recent months with intelligence sharing, particularly related to the situation at the China-India border.

What's the purpose of Juster to officially confirm US-India cooperation over the border standoff? His aim seems to be pushing Indians to the forefront to confront China, inextricably tying India to the US' chariot.

Of course, Washington and New Delhi getting closer is not simply because of the China-India border clash. The trend has become increasingly obvious over the past two years, especially since 2019.

New Delhi took a series of proactive actions to move closer to the US in 2019. That year, India's Ministry of External Affairs set up a new Indo-Pacific division. India upgraded its engagement with QUAD to a ministerial level. It ultimately decided to opt out of the Regional Comprehensive Economic Partnership (RCEP) agreement too. And after its withdrawal from RCEP, India announced it would soon revive talks on the possible free trade agreement with the EU and the US. Judging from these moves, India's RCEP pullout has geopolitical intentions.

I think India believes it is now equivalent to China in the 1970s, with China in the position of the former Soviet Union. Therefore, India should join hands with the US and the West to deal with China. During this process, its Western counterparts should provide investment and transfer technology to aid its development.

Such a judgment and strategic design has driven changes in India's China policy and the closer relationship between India and the US. Besides, pro-US figures like Indian External Affairs Minister Subrahmanyam Jaishankar have played a considerable role. They bet on US diplomacy, believing India could take advantage of the Trump administration's uncertainty, its reckless approach against China, as well as the China-US confrontation. They hope these will deliver benefits.

Although Joe Biden's China policy may be more stable after he takes office, the US' tough posture, that is, the general direction of containing China, will not change. And in this process, New Delhi will remain a very important partner that Washington wants to seduce to its ends - namely making troubles for Beijing. The US and India may even strengthen cooperation: especially on some issues of common interests, such as the Tibet question.

India is likely to provoke further clashes on the border in 2021. With Biden in office, India may want to further prove its value in the US' containment strategy toward China.

No matter it is Trump or Biden, the US government is one-sided with its position on the border conflict between China and India. The US unfairly accuses China of being provocative and aggressive, and it will maintain this position regardless of facts.

However, the so-called US support for India on the border dispute is only valuable in two aspects: one is information and intelligence, the other is weapons and equipment sales. If an armed conflict really breaks out between China and India, there is no way the US will send its troops to the border. While the US and India have become de facto allies under the Basic Exchange and Cooperation Agreement, there are no hard troop commitments or automatic involvement as with NATO.

In short, a pro-US strategy may actually push India into an abyss. Due to India's pro-US gesture, the relationship between India and Russia has deteriorated and suffered great damage. India has almost completely become a petty follower of the US, and India's strategic autonomy has been greatly weakened. Juster's remarks were obviously pushing the India deeper down the road of no return.