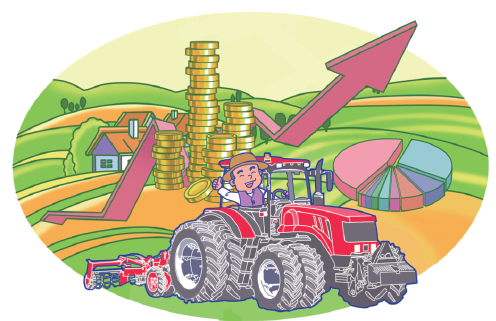 The crisis we are facing now is largely the result of polarization around the world and the widening income and wealth inequality. In the United States, for example, there was barely any increase in the incomes of the bottom 50 percent earners from 1978 to 2015, with the middle 40 percent's incomes increasing only 0.9 percent per year on average.

And the fact that a large number of people have not benefited from rapid globalization is the underlying cause of rising anti-globalization sentiments and many other problems around the world.

China has seen rapid economic growth over the past more than four decades, but it also faces the problems of unequal incomes and opportunities. China's Gini coefficient should have declined further with economic growth and rise in per capita GDP, because a relatively big wealth gap will hinder high-quality development. So macroeconomic policy should be targeted at addressing this issue.

The urban-rural income disparity can be attributed to low total factor productivity in rural areas. And to achieve common prosperity, China has to make sure the income gap between urban and rural residents is narrowed.

In 2020, the agriculture sector which accounted for 24 percent of China's labor force contributed only to 7.7 percent of the country's GDP. To bridge the gap between labor input and value output, the authorities have to first boost investment in agriculture, rural areas and farmers, as studies show a positive correlation between investment and total factor productivity. Facilitating the transfer of rural land for other uses and helping migrant workers to settle in cities could also help increase rural residents' incomes and narrow the urban-rural income gap.

As China expects to basically achieve socialist modernization by 2035, the share of agricultural laborers in the total workforce is expected to decline to about 6 percent. This means nearly 135 million farmers will move from rural areas to work in cities.

Yet the fact that only a limited number of migrant workers have got urban hukou (household registration), especially in big cities, has widened the gap between urban and rural areas in terms of fair treatment, job opportunities and public services. That could hinder the authorities' efforts to transform China's income distribution into a more ideal olive-shaped structure.

Contrary to popular belief that many Chinese cities are too big to expand, a survey conducted by the Guanghua School of Management of Peking University shows 87 percent of Chinese cities are yet to reach optimal population size. And the lack of enough residents will reduce the profitability of investing in real estate, other infrastructure facilities and public services, and curb the rise of the service and emerging industries.

By reforming the hukou system and housing provident fund, and providing government-subsidized housing units, the authorities can provide more farmers with equal access to public services and help them settle down in cities, and thus reduce the urban-rural inequality in income and opportunities.

In addition, transfer of payment from national funds can play a big role in achieving common prosperity and promoting inclusive growth.

More importantly, there is still enough room for China to adopt more proactive fiscal policy by issuing public debt, because such a move is sustainable when the interest rate of public debt is less than the GDP growth rate.

Governments around the world have reservations when it comes to raising public debt, because they fear the rapid growth of public debt could trigger a financial crisis. But China's economic strength, national credit status, and ability to mobilize resources give it an edge in adopting a more proactive fiscal policy.

Since China has enough room to adopt more proactive fiscal policy, it can, for example, distribute cash and consumption coupons on a larger scale, and provide policy support and subsidies for low-income people, so as to pave the way toward common prosperity, and achieve inclusive and high-quality growth.

The author is the dean of the Guanghua School of Management, Peking University.