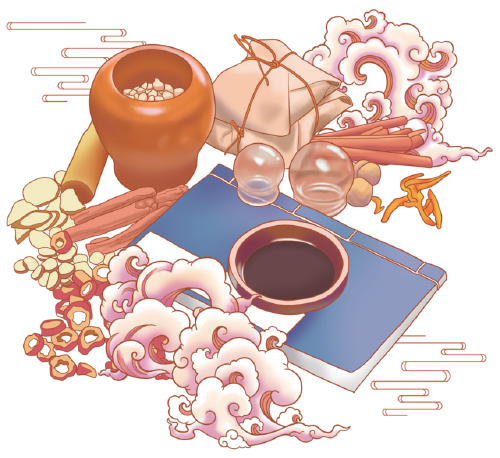 In the three-year-long fight against the COVID-19 pandemic, more Chinese people have become aware of the importance of traditional Chinese medicine, which has proven to be quite effective in treating the disease. The authorities have explicitly applied TCM treatment and prevention methods in the fight against COVID-19. Provinces such as Shandong and Sichuan have even drafted specific TCM prevention and control protocols. Chinese patented medicines such as Lianhua Qingwen capsules are so much in demand that they have gone out of stock.

But TCM practitioners should never gloat over these successes, as the industry is now hanging by a thread. It should be noted that ordinary Chinese people, in general, would not even choose TCM over Western medicine, because there is a significant lack of popularization of the traditional medicine that is thousands of years old and has changed little.

For instance, when someone has a fever, he/she will most likely take antipyretics instead of TCM, which figures out why the patient got fever in the first place. Was it due to a cold or wind-heat? Contrary to Western medicine, TCM does not need to and cannot be standardized. Doctors can prescribe the same Western medicine for everyone who catches fever, but in most cases, a good TCM physician will prescribe different things to different patients according to their specific condition. Without efficient popularization of this unique tradition, TCM can hardly become as popular as Western medicines in China, let alone go global.

As a matter of fact, it is now a matter of life and death for TCM. The biggest obstacle holding back its development is the lack of an independent evaluation system. People are still trying to evaluate TCM with Western medicine theories, which is unreasonable. Because the two are entirely different sciences employing entirely different logics.

Western medicine aims at destroying the virus, while TCM focuses on improving people's immunity. In a way, TCM acts like a Great Wall inside the human body, helping people ward off the disease.

As the Chinese dictum goes, "in practicing the rules of propriety, it is harmony that is prized." TCM values harmony in the body and with its surroundings and puts a lot of attention on preserving and nurturing the vital force of life, that is qi in the body. It is believed that the balance of qi is the most important health care for people and when one has a smooth and solid qi, he/she can easily keep disease away. That's why tai chi and some qigong exercises such as baduanjin, a traditional form of aerobics, can also help patients recover.

If we cannot establish a separate appraisal system for TCM, the tradition will face a severe challenge. According to 2021 China Public Health Development Statistics Bulletin by the National Health Commission, there are about 4.3 million practicing physicians, among which only 732,000 of them are TCM physicians.

TCM is too unique to be explained using the principle of Western medicine, and neither should it be. The country as a whole should place more attention and resources to set up an evaluation system for the old tradition and promote the real and long-term development of TCM to benefit not only the Chinese, but also people across the world.

The author is a professor at the School of Acupuncture-Moxibustion and Tuina, Beijing University of Chinese Medicine. This is an excerpt of his interview with China Daily's Liu Jianna. The views don't necessarily represent those of China Daily.