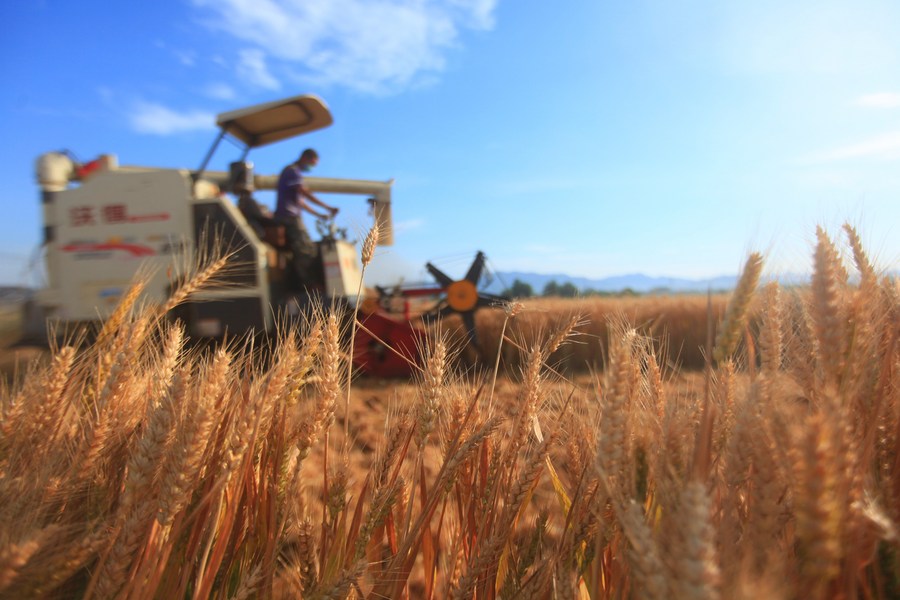 The harvesting of green wheat has become a concern in recent days. It is indeed alarming that wheat that will not ripen for nearly two months is being reaped and sold as silage. It is like steamed bread being snatched before you can put it into your mouth.

Predictions about further hikes in prices of fodder just reinforce the feeling.

This practice compounds the food risks the country faces. The convergence of factors such as the loss of land to illegal development, along with the COVID-19 pandemic, extreme weather conditions and the Russia-Ukraine conflict, which have already disrupted global food supplies, have been ringing alarm bells about the grain harvest.

But the Ministry of Agriculture and Rural Affairs said in a statement posted on its website, that after heavy autumn rains had delayed planting in many regions and cast doubts over output and yield, the outlook has been stabilized and the prospects for the harvest are good.

But the selling of green wheat shows that China cannot slacken its efforts to secure another bumper harvest of summer crops, which will be the 19th consecutive one. As far as the reaping of green wheat is concerned, it is far from enough to just issue an administrative order to stop the practice as it will likely only cover up hidden perils.

If the sale of green wheat is much more profitable than the sale of ripe wheat, it is natural that farmers should want to sell their green wheat and not wait until the harvest season. Especially, since it is money in hand and will save them a lot of extra work.

At the same time, efforts are also needed to help ensure fodder enterprises get a sufficient supply of silage. The rising price of gasoline worldwide has led to increased demand for biofuel, which in turn has created a silage shortage that has prompted fodder enterprises to pay higher prices for green wheat. They must secure enough silage to feed their livestock, which is also an important concern for food security.

Alternatives may have to be found to ensure that there is enough supply of fodder without making the development of animal husbandry a threat to wheat production.

There must be a policy shift that takes into consideration and balances the interests of wheat growing farmers and that of livestock raisers. Enough attention and care for the interests of farmers are a prerequisite for securing China's food security.