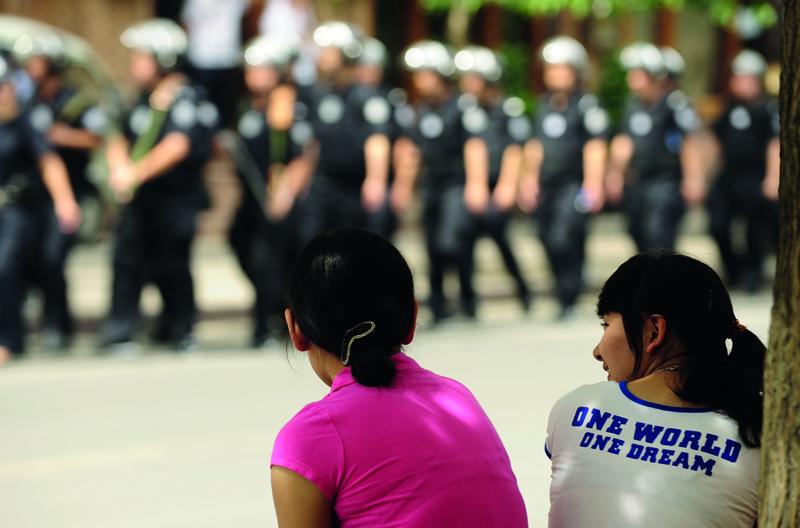 Politicians and media outlets of the US and other Western countries have been lashing out intensively at China's governance of Xinjiang Uyghur Autonomous Region recently, claiming massive human rights violations in Xinjiang and comparing the region to an open-air prison. Their purpose is to stir trouble for Xinjiang and destroy the hard-earned stability in the region.

In the past few years, Xinjiang suffered a series of violent terrorist attacks. Young people were brainwashed by extremist thoughts and manipulated by terrorist organizations. Besides launching terror attacks in Xinjiang, these terrorists also penetrated inland provinces and started attacks in places such as Tiananmen Square of Beijing and Kunming Railway Station.

The security situation in Xinjiang has been turned around recently and terror threats spreading from there to other provinces of China are also being eliminated. Peaceful and stable life has been witnessed again in all of Xinjiang.

This achievement has come at a price that is being shouldered by people of all ethnicities in Xinjiang.

Through the strong leadership of the Communist Party of China, the national strength of the country and the contribution of local officials, Xinjiang has been salvaged from the verge of massive turmoil. It has avoided the fate of becoming "China's Syria"or "China's Libya." Xinjiang is operating under the rule of law and ethnic unity. As business recovers, the region's future is promising.

There is no doubt that the current peace and stability in Xinjiang is partly due to the high intensity of regulations. Police and security posts can be seen everywhere in Xinjiang.

But it's a phase that Xinjiang has to go through in rebuilding peace and prosperity and it will transition to normal governance.

Some forces in the West are smearing Xinjiang governance. They either don't understand the real situation or deliberately find fault in order to sabotage local governance by exerting external pressure.

It can be imagined that the West will keep piling more pressure on Xinjiang and radical Western forces may even come up with new tricks to do so. External public opinion about China's governance in Xinjiang might further deteriorate and China should be prepared.

Officials, the ordinary people of all of Xinjiang's ethnic groups and Chinese society must not be affected by the influence and pressure put on us by Western forces. Maintaining peace and stability in the region is the core interest of people both in Xinjiang and all of China.

The turnaround in Xinjiang's security situation has avoided a great tragedy and saved countless lives, thanks to powerful Chinese law and the strong ruling power of the Communist Party of China. What the West has been hyping has destroyed numerous countries and regions. When the same evil influence was spreading in Xinjiang, it was decisively curbed.

Xinjiang is at a special stage of development where there is no room for destructive Western public opinions. Peace and stability must come above all else. With this as the goal, all measures can be tried. We must hold onto our belief that keeping turmoil away from Xinjiang is the greatest human right.

Xinjiang is China's territory. It is led by the Communist Party of China and operates according to Chinese laws. Whoever tries to incite violent confrontation there will only head down a dead end and national solidarity is the only way forward for Xinjiang's future.