Protests in Jordan – an unanswered question 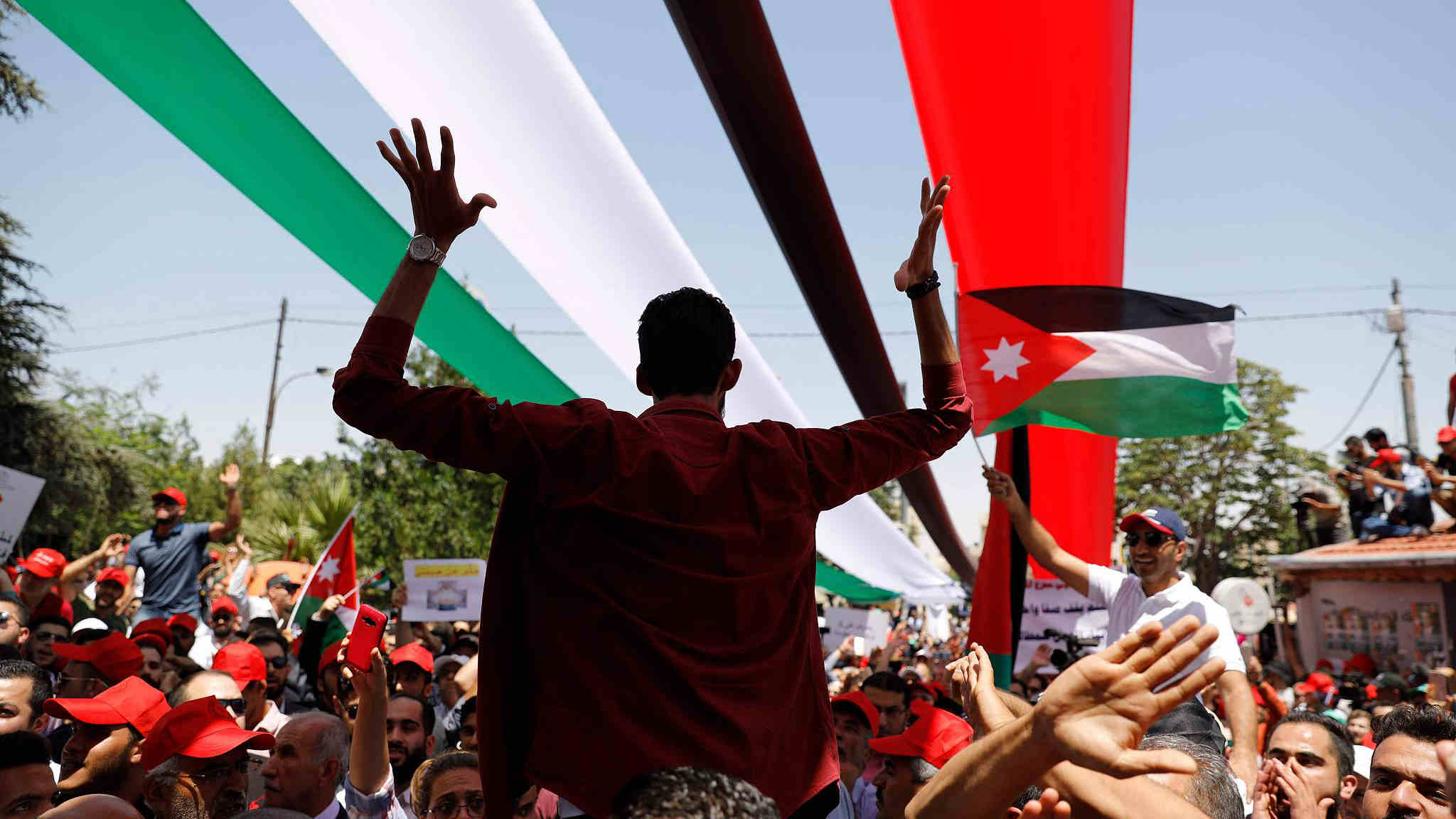 As a state has always been seen as an oasis of peace and stability in the Middle East during the past years, Jordan is witnessing massive protests in its capital Amman and other provinces since earlier this month.

The protesting crowds demanded the resignation of the government and the scrapping of the high tax rate, while Prime Minister Hani al-Mulki was forced to step down.

Jordan is a state lacking of any significant resources and industrial capability, while its economy is largely dependent upon external financial aid, especially from the Gulf Arab states, Europe, the United States and the International Monetary Fund (IMF).

Jordan has always been under intensive financial pressure. Given the increase in the expenditures of the government as the largest employer in the Jordanian economy, as well as the burden involved in absorbing a million and a half Syrian refugees and the almost complete cessation of aid from the Gulf States since last year, Jordan’s debt burden has nearly reached to the point of risking insolvency.

Before the massive protests erupted, the government debt burden stood at nearly 40 billion US dollars, about 95 percent of Jordan’s Gross Domestic Product.

Against this backdrop, in 2016, the IMF persuaded the Jordanian government led by Prime Minister Hani al-Mulki to adopt several important reforms to curb the government expenditure and the financial pressure.

In July 2017, the IMF discussed the financial situation in Jordan and persuaded, again, the Jordanian government to take new measures to alleviate its financial burden.

On the one hand, the Jordanian government decided to raise the tax rate to collect more money from its own society. In January of 2018, the sales taxes were raised to a uniform 10 percent. In addition, taxes on gasoline and tobacco were increased. On the other hand, the government expenditure was curbed, and the subsidies for the flour were revoked, which led to the rocketing prices of daily necessities.

These reforms sparked the outbreak of the massive protests across Jordan targeting the Jordanian government led by Hani al-Mulki. What should be noted are that on the one hand, the protests were launched in a peaceful way, the protesters and the security forces have not engaged in any violence.

On the other hand, the protesters did not carry anti-government slogans and the photograph of both King Abdullah II Bin Hussein and the Crown Prince Hussein bin Abdullah presented at some of the demonstrations, which suggested the popularities of both King and Crown Prince among the Jordan public.

The resignation of Hani al-Mulki may calm the protesters in the short term, but may not alleviate the situation thoroughly. The only way out for Jordan is to seek the international financial aid, especially from the Gulf Arab states.

Although the Gulf Arab states decided to structure their pledges to Jordan, the amount falls too short of Jordan’s expectations and immediate needs. For Jordan, it is nearly impossible for itself to find way out. Therefore, the international society needs to prepare permanent and long-term resolutions and packages to help Jordan to alleviate its financial burden.