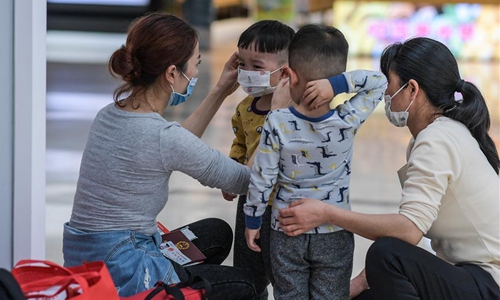 "No public health gain is achieved without a battle." The recent outbreak of the novel coronavirus reminded me of these words of American M.D. Milton I. Roemer, which are printed on the back cover of a book I read several years ago - The Healthiest City: Milwaukee and the Politics of Health Reform, published in 1996.

Since the mid-19th century, almost all cities in the US have experienced fierce fights against infectious diseases. To what extent the health and disease prevention system of a city can work in the fights is determined by various factors, such as how clear information is, in what condition the medical equipment is, and how the city managers react. In addition, residents' essential knowledge of disease prevention is undoubtedly important for the fights.

Judith Walzer Leavitt, the author of above-mentioned book, was a professor of the history of medicine at the University of Wisconsin-Madison. She summarized the harsh experience of establishing the public health system in Milwaukee and described the process of citizens gaining knowledge of disease prevention.

As the largest city of US state of Wisconsin, Milwaukee is on Lake Michigan's western shore. In the 19th century, Milwaukee was like many other US cities, with dirty streets and crowded housing, lacking clean drinking water. The city also suffered from diverse infectious diseases and an increasing death rate. The public health of Milwaukee residents became more endangered as the city continued to expand. There were about 20,000 people living in the city in the 1850s, but had jumped to about 300,000 by the end of the 19th century.

Fighting infectious diseases has been an important part of the city's history. In 1894, amid an outbreak of smallpox in Milwaukee, city officials enforced quarantine measures and isolation of infected people, which citizens boycotted.

At that time, many people didn't understand the danger of smallpox. New immigrants thought the isolation measures were racist discrimination, while other citizens were dissatisfied with the way the authorities treated the dead, and insisted on attending the funerals of those who died.

Mothers of some infected children even armed themselves with sticks and knives to protect their kids from enforced quarantine. They would put up a fight every time an ambulance approached. Meanwhile, citizens who refused to be vaccinated formed anti-vaccination groups.

Later, statistics showed that over 1,000 people had been infected and more than 200 had died. The death rate was much higher than in many other American cities. After losing the battle against smallpox, the municipal authority learned painful lessons and began to improve the epidemic prevention system from a social perspective.

By 1916, a universal disease prevention system was established in Milwaukee. The most prominent feature of this system was its people's participation. The city's epidemic prevention institutions and associations carried out a comprehensive education campaign to raise public awareness of epidemics and introduced common knowledge on disease prevention in primary and secondary schools and communities. These large-scale health education programs in Milwaukee had profound impact, with residents demanding a better public health system. As a result, the timeliness and effectiveness of epidemic prevention was greatly improved.

In 1918, an influenza pandemic, which broke out in the US and spread worldwide, also struck Milwaukee, but the city had transformed itself over the previous 20 years ago. An emergency committee comprised of experts, doctors and entrepreneurs was quickly set up. The committee immediately began mobilizing medical forces throughout the city, providing treatment and disease prevention.

Resisting the disease had become the responsibility of everyone in the city. Churches, communities and volunteers were organized. Newspapers frequently ran articles on related information. Scouts took to the streets to distribute leaflets and notices. School teachers checked for infected people door-to-door. Municipal officials went to schools and factories to introduce epidemic prevention. People who were infected with the flu proactively implemented self-isolation. It was this participation of the city's whole population that helped the Milwaukee maintain the lowest death rate during the pandemic compared to other parts of the country.

One of the most important experiences in the evolution of Milwaukee's public health system was raising public awareness, which effectively prevents the spread of rumors, and enables residents to proactively fight the disease.