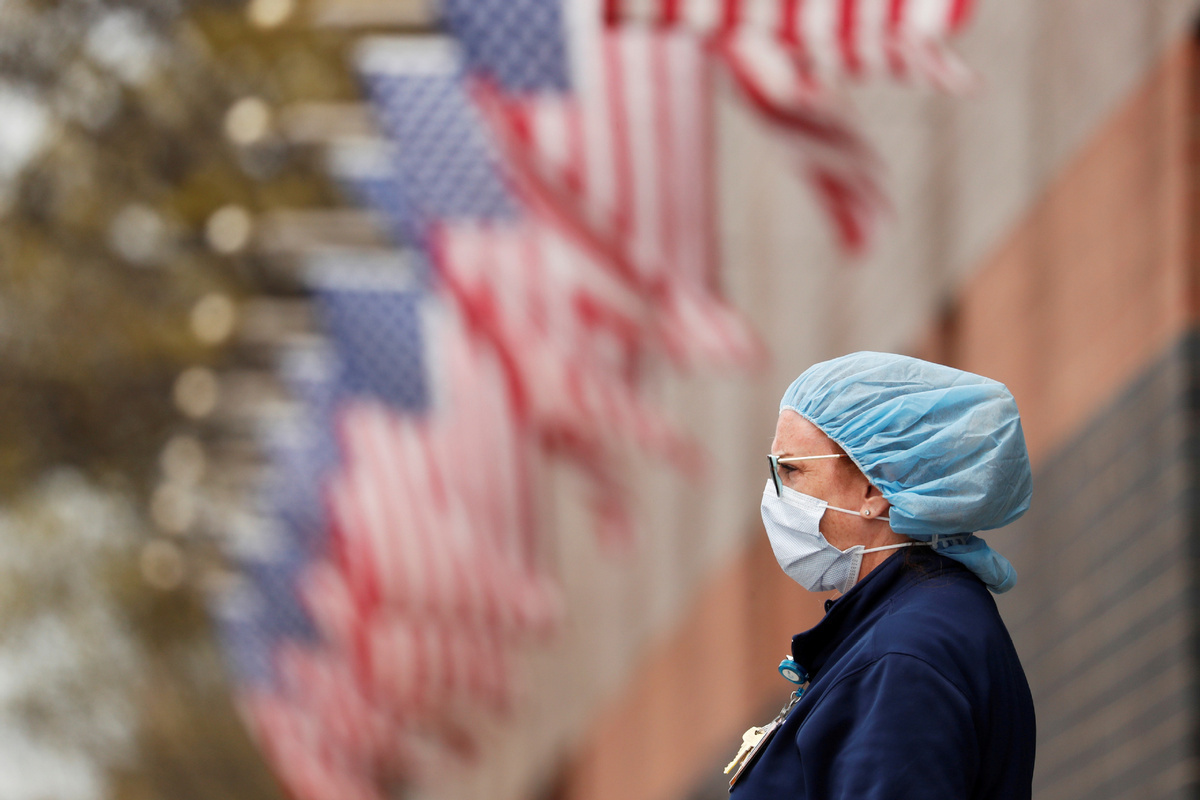 A nurse wearing personal protective equipment watches an ambulance driving away outside of Elmhurst Hospital during the ongoing outbreak of the coronavirus disease (COVID-19) in the Queens borough of New York, US, April 20, 2020. [Photo/Agencies]

The United States economy declined about 9 percent in the second quarter year-on-year. But that's the best result it could expect, as the US administration has resorted to unprecedented quantitative easing to bail out the economy.

With each US citizen receiving a $1,200 dole from the government to increase spending, their disposable income rose by 12 percent in the second quarter, despite rising unemployment following the novel coronavirus outbreak.

Were it not for the injection of liquidity, the world's largest economy could have shrunk by as much as 20 percent year-on-year in the second quarter.

In spite of the US dollar enjoying advantages as a global currency, a limitless quantitative easing policy is not sustainable in the long run, as it will unavoidably add to the woes of the US government which has already been heavily in debt.

The pandemic's impact on the US economy will be heavier and last longer than that on the Chinese economy, which has rebounded quickly, from minus 6.8 percent growth in the first quarter to a 3.2 percent growth in the second quarter. This is not only because China has contained the spread of the virus to a large extent, but also because of their different economic structures.

The service sector accounts for 77 percent of the US economy, while it is 52 percent for China; and consumption contributes to about 68 percent of the US economy's growth as against 39 percent for China's. As both the service and consumption sectors have borne the brunt of the outbreak, if the US administration fails to control the pandemic, its economy will continue to suffer.

What is also predictable is that with the presidential elections due in the US in November, the administration will continue to turn a deaf ear to warnings from health professionals and leave no stone unturned to revive the economy.