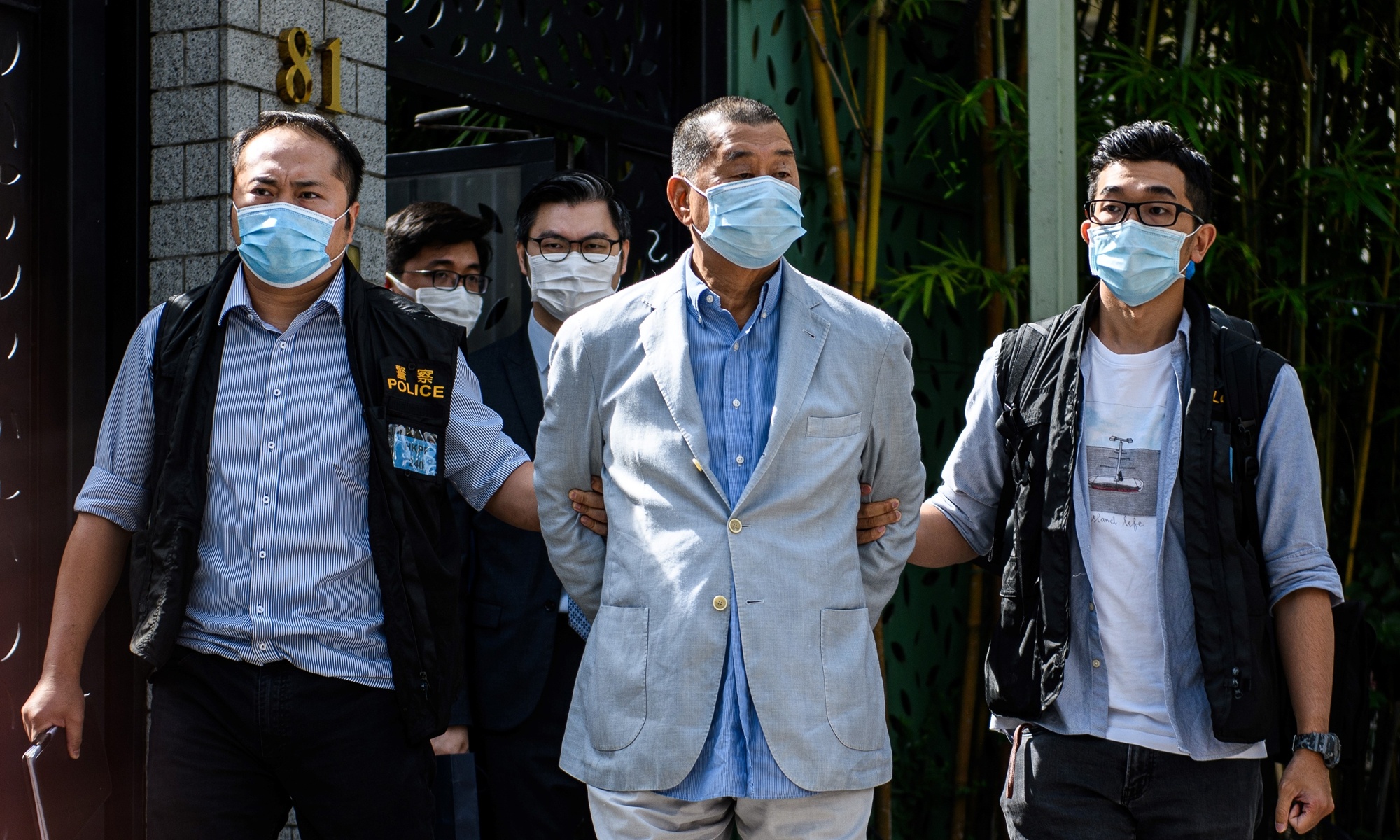 A Hong Kong court has recently jailed Hong Kong media tycoon Jimmy Lai Chee-ying and nine others for taking part in an illegal assembly on October 1, 2019. Jail terms range from 14 to 18 months. The ten all pleaded guilty in court, suggesting they are fully aware of their crimes. Hong Kong is a society under the rule of law. There is no dispute that those who violate the law will be held to account. However, the judicial system of Hong Kong a few years ago was interfered in and impacted by certain activities by rioters. As a result, some violations were not punished in a timely manner. This also gave rioters a false impression that they could act recklessly. Such delusions must now be corrected. And the authority of the judiciary, which has been severely damaged by violent and terrorist activities, must be restored in Hong Kong society.

Even though the defendants pleaded guilty, they refused to admit any wrongdoing. They intended to confuse the public and gain the sympathy of public opinion. This is a kind of chicanery. The Hong Kong court's decision to sentence them in accordance with local laws shows what they had already committed is a crime, which is more serious than any wrongdoing. How could they plead guilty but refuse to admit to any wrongdoing? This reveals that these people lack basic respect for and recognition of Hong Kong's laws and systems. How can a person who does not even recognize the rule of law of Hong Kong love the city? Just as what Lai said, he is fighting for the US.

The opposition's rhetoric on so-called peaceful demonstrations is an absurd self-coronation in terms of morality, a tactic to justify and sanctify criminal acts and obtain social support. First, their assemblies and demonstrations without any notice of no objection from Hong Kong police were illegal. Second, among all the radical riots in 2019, which illegal assembly did not result in violence? Just as the District Court judge Amanda Woodcock pointed out, protests and chaos took place in Hong Kong nearly every day from June 2019, and the chaotic scenes in Hong Kong once resembled a war zone. How can it be possible for people who organized and instigated unapproved gatherings to avoid punishment and not assume legal responsibility for such large-scale destruction?

The illegal assembly on the 2019 National Day was very severe. It was the time when the rioters acted most rampantly. Holding such a large-scale illegal demonstration on the 70th anniversary of the founding of the People's Republic of China, these organizers were obviously purposely seeking to embarrass the country and had ulterior political motives. In that context, organizers could not have foreseen the potentially serious consequences of an unauthorized gathering. It can only be said that they have no respect for Hong Kong's laws.

Bringing these criminals to justice and sentencing them to prison is a way to make things right in the judicial sector of Hong Kong. Western public opinion has made irresponsible comments on these law-based judgments, which indicates they have no respect for Hong Kong's judicial independence. But their stance has not been of importance and their impact on Hong Kong society has plummeted. Maintaining a fair judicial mechanism in Hong Kong should not be disturbed by the stance and will of the West, nor should it be hijacked by the opinion of the opposition. As a matter of fact, the political schemes instigated by the West in Hong Kong have been completely defeated.

The case itself does not involve the National Security Law of Hong Kong. Instead, it is mainly about unauthorized assembly and violations of public order. Yet after the implementation of the National Security Law, it has objectively created an invisible binding force. Hong Kong is indeed different from what it used to be, and its laws are more authoritative and powerful. Hong Kong will never return to the one in which people who violated the law were often given a light sentence - only to work in the community or be fined. To hold lawbreakers accountable is one of the prerequisites for any society to maintain stability and move forward.