Putin's federal address focuses on Russian people and their future

Russian President Putin addressed the Federal Assembly on Wednesday for the first time at the beginning of the year instead of sometime later on like it has previously been the tradition. His state-of-the-nation speech dealt almost entirely with improving people's quality of life, largely emphasizing the far-reaching social impact of Russia's National Development Projects (NDP) and the means to be executed towards this ambitious vision. 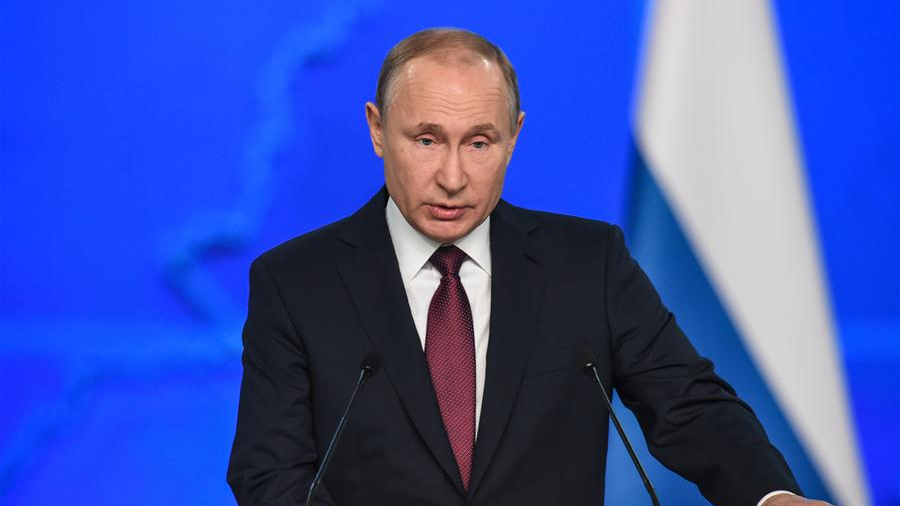 A substantial part of his address focused on increasing the birthrate through various state subsidies such as extending welfare payments to families, especially those who are low-income. He also declared that maternity payments will begin from the first child onward, instead of the second like the previous policy. Putin repeatedly underscored how pivotal it is for Russia to improve its demographic situation since he said that all policies in one way or another are influenced by this factor.

It's not just enough for Russians to have more children just for the sake of it, but for the lives of its future citizens to be of extremely high quality. To this end, he announced that the state will provide three hot and healthy meals to every child in grades one to four, investments will be made in modernizing schools so that they provide children with a digital education enabling them to compete in the future technologically driven economy, teachers' salaries will increase, and several efforts will be made to encourage students to pursue careers in science, technology, engineering, and mathematical (STEM) fields via curriculum changes.

More scholarships will be provided for those who want to pursue secondary education in these spheres too. The healthcare one is especially important, Putin said, and the government will do its utmost to improve this sector as well, both by continuing to invest in it and by coordinating a person's career path so that they're guaranteed employment in the regions where they are needed the most. The Russian President was especially proud of how his country's life expectancy is at its highest-ever level in parallel with child mortality being at its lowest, and he said that these positive trends must absolutely continue into the future.

This socio-economic push is greatly facilitated by two main achievements over the years, namely Russia's ability to nowadays defend itself for decades to come (an allusion to its cutting-edge hypersonic missiles) and the fact that its budget has finally stabilized.

These successes have enabled the government to focus on increasing its citizens' quality of life, but this also requires amending the constitution. As Putin said, Russia's political system and civil society have finally become mature enough to afford such changes that's needed to become a proper 21st-century welfare state at this pivotal moment.

Some of the suggestions that he provided to steer the discussion in a responsible direction are to prohibit public servants from having foreign citizenship or residency for security reasons and to stipulate the relationship between the various levels of government, as well as their three main branches.

About the latter, while reaffirming the country's need to continue as a presidential republic, Putin said that the Federal Assembly should have more responsibilities in forming the government. This can be interpreted as continuing the trend of delegating responsibilities to state representatives and therefore further empowering the people.

Taken together, Putin's Federal Assembly address was much more inward-looking than previous ones. That's because Russia's international and economic situations stabilized to the point where it's the time to largely focus on such issues so as to best prepare the country for the prolonged period of uncertainty that the world has recently plunged into.

Investing in its people is the right policy to have, as is the initiation of a nationwide conversation about constitutional reform. With four years left of his final term as president, Putin is preparing to leave a legacy of lasting change that will benefit Russia's future generations.