OPINIONS Putting the blame on others is bald-faced political blackmail

Putting the blame on others is bald-faced political blackmail 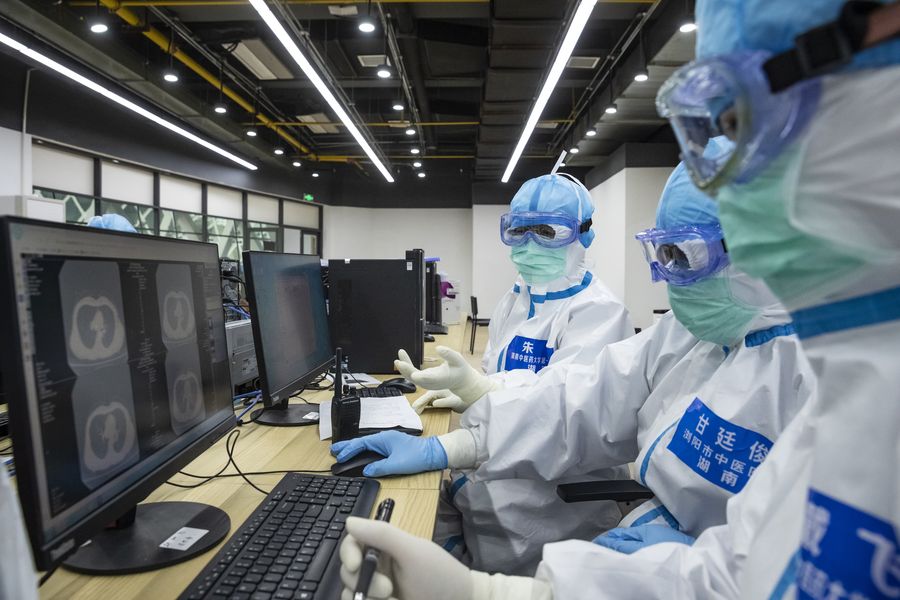 While the COVID-19 pandemic has gone rampant around the world, certain American politicians played the trick of “political blackmail”. After the World Health Organization (WHO) informed the world of the COVID-19 pandemic, they gloated over the calamity and made complacent assertions that the pandemic “is not a problem” and everything was “under control”.

“Any country that looks at the experience of other countries with large epidemics and thinks 'that won’t happen to us' is making a deadly mistake,” WHO Director-General Tedros Adhanom Ghebreyesus warned at the end of February. However, some US politicians claimed that “the COVID-19 symptoms are very mild,” “people will self-cure,” and “the disease is going to disappear miraculously one day.”

People cannot help but ask: Why does the US, having the strongest healthcare system in the world and enough time to respond, fail to contain the disease and even suffer a heavy loss as the number of coronavirus cases surpasses one million and the death toll reaches 70,000?

Perhaps the reason lies in the following aspects: the US coronavirus testing failure, the US Centers for Disease Control and Prevention (CDC)’s failure to give information to the American public, the uncoordinated policy response, and the lack of funding, execution, and treatment for patients.

The inability of the US government to cope with the disease has ignited anger among the public. To shift the blame, the US politicians fabricated such claims as “the Chinese government intentionally concealed the severity of the coronavirus from the international community,” and “the coronavirus originated at a lab in Wuhan,” setting a stage for holding China responsible and seeking compensation from the country. However, such accusations are supported by no evidence.

In addition to passing the buck to China, the US politicians also increased pressure on the WHO by labeling the organization as “China centric”, halting funding to the organization and threatening to investigate it. They think their political trick could cover the truth. However, in the eyes of reasonable people, this is nothing but buck passing. Those thinking they could deceive the public are actually an insult to the intelligence of the international community.

The bald-faced blackmail of the US politicians is intolerable for too many people in the world, who have stood up to expose the farce.

In a March 17 paper published by the journal Nature Medicine, scientists from the US, the UK and Australia said that the coronavirus has a natural origin and scientific evidence shows it is not a laboratory construct or a purposefully manipulated virus. The WHO reiterated on May 1 that the coronavirus is believed to be “natural in origin”.

The start of the COVID-19 pandemic is “highly unlikely a lab accident,” according to Jonna Mazet, an epidemiologist at the University of California, Davis, who has worked with and trained researchers from the Wuhan Institute of Virology in the past.

This is because “the lab’s samples don’t match the new coronavirus; the lab implements rigorous safety protocols; the coronavirus is the latest in a long line of zoonotic disease outbreaks; everyday people are more likely to get infected than researchers who wear protection,” she explained.

Such facts- and science-based conclusions could not be denied by certain US politicians who go around touting about their absurd opinions.

The “responsibility” argument is even more absurd, and it is purely a “political blackmail”. China is the first to report the epidemic to the world. It has fought the virus nationwide, achieved remarkable results in epidemic prevention and control, and helped the global fight against the pandemic. China is never the one to be blamed.

China is working closely with the WHO. Its prevention and control practices and diagnosis and treatment programs are used by other countries in the world. The country has sent 15 batches of medical experts to 16 countries, and it is working overtime to produce anti-pandemic materials for the world. China is never the one to be blamed.

On the contrary, it is the arrogance of some American politicians that has hindered global anti-pandemic response through cooperation and solidarity. Under the logic of some American politicians, the US is the one to be held accountable and it should compensate the international society, for the Spanish Flu, AIDS and other epidemics, the 2008 international financial crisis which led to the collapse of countless enterprises and individuals, and the wars launched against other countries the over the years which have caused millions of innocent civilian casualties and numerous property losses.

People’s hearts are the biggest political power. The US politicians are advised to do useful things. What’s needed most now is to go all out to prevent and control the pandemic, race against time to save lives, and stop blaming each other with lies and blackmail. It is impossible to shift the blame and shirk one’s own responsibilities, and this naked “political blackmail” will become a scandal in the human response to pandemics.