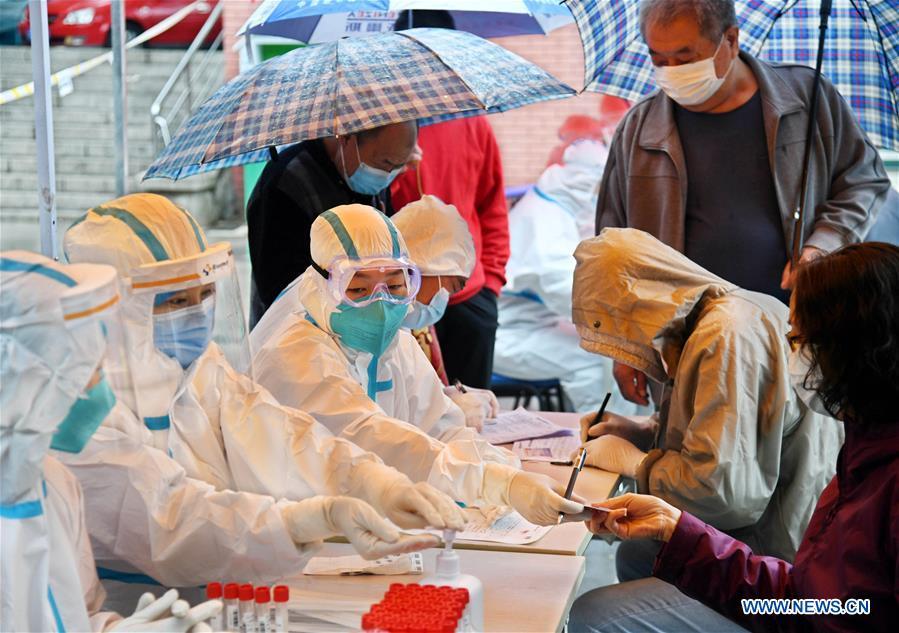 At a news conference on Wednesday, the Qingdao authorities announced that they would complete nucleic acid testing of all the city's 11 million residents and visitors by Friday. Given that the testing began on Monday, the scale of the task was daunting and it seemed a mission impossible.

Yet thanks to efficient work by officials and medical workers, as well as the cooperation of the residents, the testing process has progressed smoothly. By Thursday morning, almost 10 million people had been tested for the novel coronavirus, with more than 7.6 million results returned, of which, all were negative except the earlier known infection cases.

Deputy mayor Luan Xin said at a news briefing on Thursday that the city has 13 confirmed cases, and health workers are on track to complete the testing of 9.4 million residents and 1.5 million visitors by Friday.

The high efficiency with which the work has been done is indeed praiseworthy. That has prompted netizens to use the phrase "Qingdao speed" to extol the city's efforts in response to the outbreak. Actually, this has become the modus operandi for governments at all levels to deal with the sporadic occurrences of infections after the country basically contained the virus through the effective means of early detection, early testing, early quarantine and early treatment in areas where infections emerged, while keeping social and economic life in other parts of the country on the normal track.

Given the city-wide testing and negative results received so far, and that the infections are all linked to a hospital, the scale of the outbreak in Qingdao is expected to be less than the one in Beijing that was traced to Xinfadi market and the recent outbreak in the Xinjiang Uygur autonomous region. Nonetheless, it has shown that vigilance cannot be relaxed.

Wu Zunyou, chief epidemiologist of the Chinese Center for Disease Control and Prevention, said in an interview with China Central Television on Tuesday that, although the identity of patient zero was not clear, the infections in Qingdao were all linked to the hospital where infected travelers arriving from overseas were being treated in an isolation area. Preliminary investigations suggest that the infections were due to incomplete disinfection after CAT scans at the hospital. The president of the hospital and the director of the city's health commission have been removed from their positions, showing there will be no tolerance for any laxity in the prevention and control work.

The lessons from Qingdao need to be learned, as the outbreak shows that the virus will seize any opportunity to reemerge.