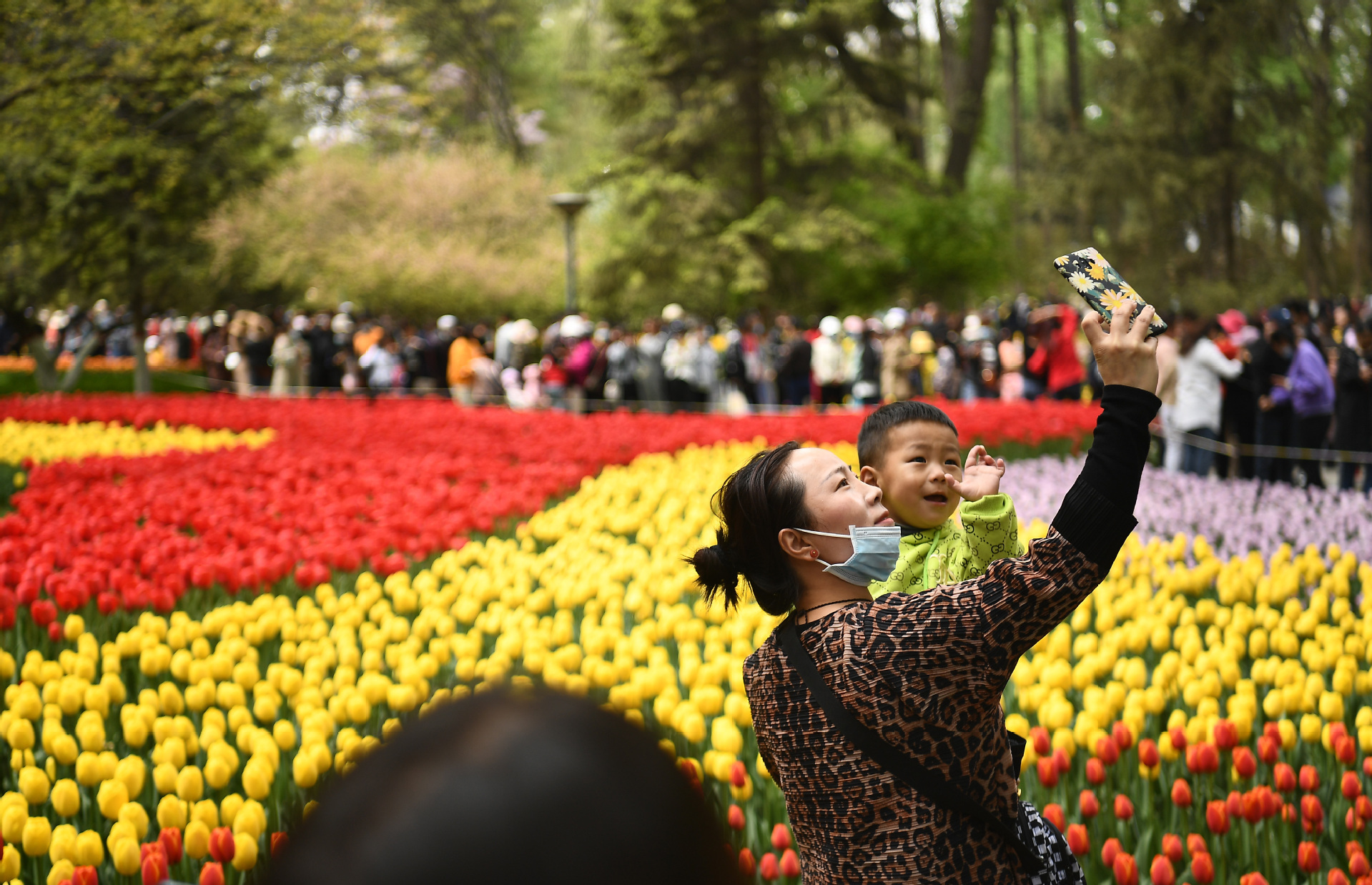 Visitors take a selfie at a park in Xining, Northwest China's Qinghai province on May 4, 2021. (Photo: Xinhua)

How many of the estimated 230 million domestic tourists are still recollecting the good times they enjoyed during the May Day holiday and how many are regretting their trips, the quality of which was compromised by crowds and the services not being as good as expected? How many are considering changing their plans about traveling during such long public holidays in the future?

For airports, railway stations, scenic spots and local tourist departments, apart from the increased revenue they've made, they need to reflect on the quality of their services, or lack thereof. They need to address any short shrift they've given tourists or passengers.

Yet some tourists had their holiday plans disrupted thanks to delayed or even canceled high speed trains because of an electricity outage on the Beijing-Guangzhou high-speed railway. Dozens of scheduled trains stopped running because of the power outage on Saturday. There was a similar incident on Tuesday, which also caused delays to trains.

While many scenic spots have done a good job and provided quality services for tourists, and the wind-related incidents which caused the delays or canceling of high-speed trains was something beyond the railway operators' control, more could have been done to reduce the inconvenience tourists encountered and to increase the quality of service they received at scenic spots.

Scenic spots can do an even better job in making sure that visitor numbers are limited so they do not become too crowded and waiting times can be reduced to a minimum. Better organization could also increase the convenience and satisfaction tourists feel when sightseeing.

For the railway operators, while such incidents may be unavoidable, they should have well-thought-out contingency plans in place to prevent overcrowding at stations and ensure passengers are kept informed of changed train times.

Those localities or scenic spots that have not done a satisfactory job need to learn from those who have done a good job so they can improve the quality of the service they provide. Rectifying mistakes and making up for deficiencies are always the way to do a better job.