OPINIONS Quick end to Japan-ROK spat would be welcomed

Quick end to Japan-ROK spat would be welcomed

There seems little doubt it will take some time to end the tense stand-off between Japan and the Republic of Korea because of a recent ROK court ruling concerning wartime forced labor. Tokyo appears determined to go ahead and strip the ROK of its preferential trade status, while Seoul on its part shows no sign of compromising, with public antagonism toward Japan leading to a consumer boycott of Japanese goods. 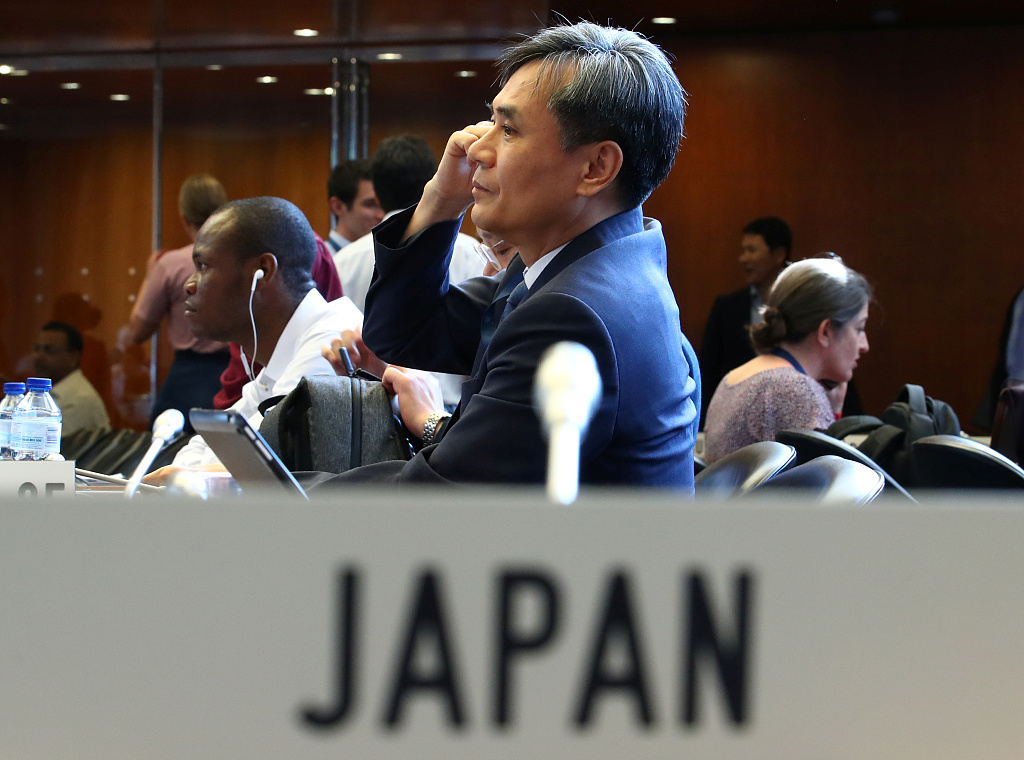 ROK deputy trade minister Kim Seung-ho arrives for the General Council meeting where the worsening trade and diplomatic dispute between ROK and Japan will be raised at the World Trade Organization (WTO) in Geneva, Switzerland, July 24, 2019. (Photo: VCG)

With Japan enacting broader, stricter control over exports of sensitive materials to the ROK, the consequences of the dispute are becoming increasingly apparent.

The ROK's high-end manufacturing, even its overall economy will be the direct victims. The ROK's high-tech sector relies heavily on Japanese supplies — ROK manufacturers reportedly depend on Japan for 90 percent of their fluorinated polyimides, 90 percent of their photoresists and 40 percent of hydrogen fluoride, three materials used to make semiconductors and displays. However, they in turn are indispensable contributors to the global semiconductor supply chain.

China though also has a very high stake in both a friendly Japan-ROK relationship, which is essential for the envisioned China-Japan-ROK free trade pact, and the ambitious Regional Comprehensive Economic Partnership, and it hopes that Seoul and Tokyo will find a way to end the dispute as quickly as possible to keep regional economic integration on track.

That the current Japan-ROK dispute was triggered by the recent ROK court ruling concerning wartime forced labor is a fresh reminder of the weight that the period in history still carries in this corner of Asia. Considering the disruptive role divergences over the countries' recent past plays in their present-day relations, this should also be a reminder that Japan and its wartime victims need to find a way to reach a real understanding and peace. Costly as it is, the present impasse would be worthwhile if it can re-ignite serious contemplation on this critical topic.

Meanwhile, it is in every stakeholder's interest that Tokyo and Seoul look at the bigger picture. The hope is they are both aware of the long-term damage it will do to their respective economies and that of the region, and make moves to settle their dispute soon.