OPINIONS Racial discrimination is a stain on America's character

Racial discrimination is a stain on America's character 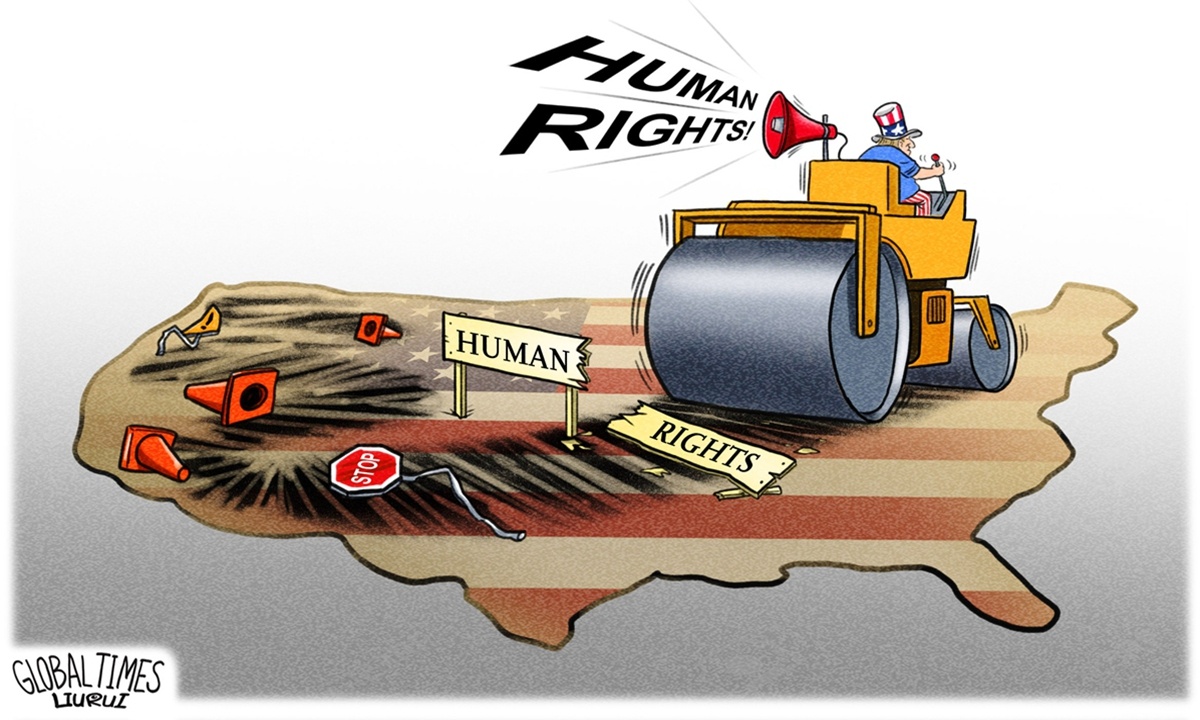 On April 20, former police officer Derek Chauvin was found guilty of murdering George Floyd. Police officers across the US were tentatively relieved of huge stress and tense emotion. However, the problem of systematic racial discrimination in the country is far from being relieved.

On the same day, a 15-year-old black girl in Ohio was shot dead by police. Nine days previously, the mother of Daunte Wright broke down emotionally in front of a media camera because her son was killed by police. Twenty-two days earlier, a 13-year-old Hispanic teenager died under police gunfire. For many years, the same curse has haunted US minorities.

The seed of black Americans' tragedy was planted as early as 400 years ago when their ancestors were loaded to North America as cargo instead of human beings. Even today, African Americans have never been able to achieve real "freedom". They only catch the attention of the world due to the same story of blood and tears as happened 400 years before. In the past, black slaves escaping from their masters might lose toes. Today, black Americans escaping from police violence may lose their lives. They must be truly desperate to cry out "Black Life Matters" only for survival.

Even worse, police violence is not the only source of their desperation. As for the COVID-19 pandemic, African Americans, together with Hispanics, register far higher death rates than whites. What's more, black people account for more than 40 percent of the ever growing homeless population in the US. Apart from them, Asian Americans are also increasingly threatened by racism and hate crimes. While America flatters itself as being "beacon of human rights", its minorities are not guaranteed even with the right to breathe.

Despite the relentless and cruel systematic racial discrimination in the US, American politicians, as self-acclaimed human right defenders across the globe, have been incapable of bringing about any meaningful changes but passing the buck and attacking those on the other side of the aisle. However, they have managed to find their passion to act on issue related to China's Xinjiang.

The Trump administration slandered China with "genocide" and "crimes against humanity" until its last minute in power. The new US administration has almost completely taken over this plot. On the pretext of human rights, they spare no effort to hypocritically express their "concerns" on deliberately scripted shows with actors from the White House, Department of State, Congress, and even the Office of Trade Representative. All are playing a part on stage.

Ironically, apart from listing the Xinjiang issue into the National Security Strategy and groundlessly sanctioning Xinjiang officials, American politicians are attempting to damage local people's livelihood by boycotting quality local products. As always, nothing but profit and greed explain these behaviors. By stigmatizing Xinjiang's reputation and products, they seek to destabilize Xinjiang and delay China's development for the purpose of holding onto American hegemony.

What if American politicians could shift their solidarity, passion and vigor from making lies about Xinjiang onto solving problems of racial discrimination, police violence and gun proliferation at home? Would Floyd and Wright still be with their families rather than being "thanked" by politicians for losing their lives?

Pathetically, American politicians will never take away gun of the police officers that will point at the next black people. Nor will they remove the huge pressure of discrimination heaped upon American minorities. The only thing they will do seems to be hiding under the slogan of "American democracy and human rights", and poking their fingers at other countries.