OPINIONS Racism will never be tolerated

Racism will never be tolerated 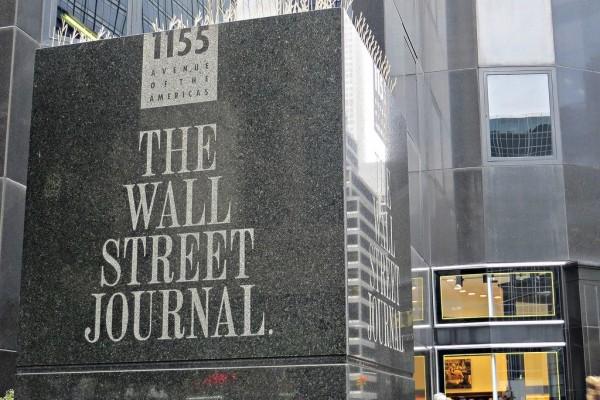 The solidarity and cooperation of the international society are highlighting the global efforts to get through the hard time amid the novel coronavirus outbreak. However, harsh and racist voices have also been made by certain media outlets, which was nothing but a shame.

The Wall Street Journal (WSJ) was one of them.

In a recent op-ed of the newspaper, it slandered the efforts made by the Chinese government and Chinese people to combat the virus, and its editors even made the title extremely racially discriminatory - China is the Real Sick Man of Asia. The headline seemed to attract audience, but it reflects only arrogance and contemptibility, and a lack of humanity.

Such practice received strong condemnation from the international society. By Feb. 25, a total of over 115,000 people have signed a petition launched on White House’s website, demanding a formal apology from the WSJ for the article, and either a retraction of the article or a rectification of the title.

“Racism cannot be tolerated.” The last sentence of the petition expresses the firm stand of the signers.

WSJ’s 53 employees also requested their employer to correct the headline and apologize to those who were offended in a recent letter they submitted to the management board of the press. “This is not about editorial independence or the sanctity of the divide between news and opinion. It is about the mistaken choice of a headline that was deeply offensive to many people, not just in China,” they wrote in the letter.

Obviously, both readers and professionals share broad consensus on this racially discriminatory practice. It’s totally rational and reasonable for the Chinese side and the international society to request proper rectification from the WSJ.

However, the newspaper not only turned a deaf ear to such voices of justice, but also made excuses in other commentaries it published. The arrogance and illogic it exposed further indicated its lack of justice and righteousness.

The consequences of publishing an opinion like this by mainstream media include stoking more fear and anxiety, and increasing hostility against Chinese and other Asians throughout the world, said Catherine Ceniza Choy, a professor of ethnic studies at the University of California, Berkeley, adding that this is extremely harmful and wrong. What she said exactly explained the real damage caused by the WSJ’s headline.

Humans, regardless of their ethnicity and nationality, should combat epidemics with each other to jointly defeat the virus just like what the World Health Organization (WHO) called on .

To fan up racial discrimination and slander China will only hurt the people who are fighting the epidemic, bring panic to the international society, and damage the joint efforts made by the world. Such a headline is not telling truth, but distorting it and hurting public interests. What it has exposed is the newspaper’s arrogance and prejudices.

The resounding efforts made by the Chinese government and Chinese people to fight the virus have already won wide respect from the world, which is something that will never be covered by any slandering or smearing. China’s national efforts aim to not only protect the lives and health of its own people, but also contain the spread of the virus in other parts of the world. The country has made remarkable contribution to the battle against the epidemic.

“The world is in your debt,” said Bruce Aylward, Assistant Director-General of the WHO and team lead for the WHO-China joint mission on coronavirusafter a field investigation in China. “When this disease finishes, hopefully we’ll have a chance to thank the people of Wuhan for the role that they played in it,” he noted, adding that the people of that city have gone through an extraordinary period.

Both news and opinions must be based on facts and shall not break the bottom line of civilization. In the era of globalization, only by sharing the same goal and cooperating with each other can countries forge a more powerful force to defeat the epidemic.

Those media that stick to racial stereotyping with distorted views on China and contaminate the international environment can only receive forceful condemnation from the international society, including both righteous individuals and media, who said such discrimination is disgusting. They believe to stop the spread of virus is by no means to indulge discrimination, and humiliation and prejudices will only create negative impact on epidemic prevention and control. Their voices prove that to stop the attack of racial discrimination is also a part of the battle against the epidemic.

Biased viewpoints hide the truth, and one must pay for his discriminatory and humiliating practices. Only with rationality and righteousness can a healthy environment for public opinion and cooperation be nurtured to expand common interests.