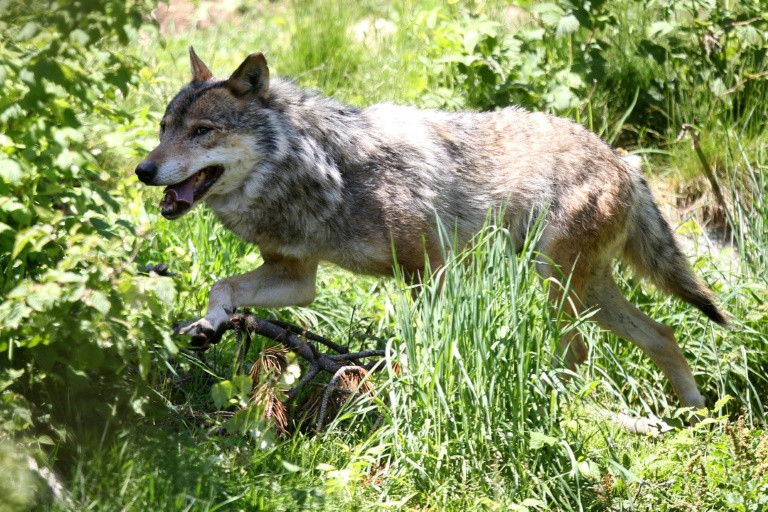 Wolves, such as this one seen in France in 2015, are at risk of local extinction in Norway, where there are 105 to 112 individuals, according to the latest count     Photo: AFP

A researcher in Norway launched the latest salvo Wednesday in a fierce, sometimes caustic debate on how legal hunting impacts the poaching of large predators.

Many regional and national governments in Europe and North America have long promoted the controlled killing of wolves, bears and big cats -- some of them endangered species -- to discourage illegal hunting.

Farmers, meanwhile, favor such policies because they decrease the number of predators preying on livestock.

A controversial study published last year challenged the rationale for these practices, reporting that poaching of wolves in two US states -- where policies flipped back and forth a half-a-dozen times within a decade -- increased when culling was permitted.

The findings were widely reported, and hailed by conservationists as evidence that state-sponsored culling is bad policy.

But Audun Stien, an applied ecologist at the Norwegian Institute of Nature Research, told AFP this research has "severe shortcomings" and "should be ignored".

"The conclusion that poaching increases with legal culling is without empirical support," he said.

Both the original study -- led by Guillaume Chapron, a researcher at the Swedish University of Agricultural Sciences -- and Stien's critique were published in Proceedings of the Royal Society B, a leading scientific journal.

He accuses Chapron and his co-author of selectively ignoring earlier research from Wisconsin -- the only other study on the question -- that appears to reach the opposite conclusion.

Chapron notes that he cited the study, and explicitly rejected its findings as lacking in rigor.

The wolves are caught in a tug-of-war between sheep farmers and environmental activists.

There are 105 to 112 wolves in Norway, according to the latest count. The species is at risk of local extinction.