OPINIONS Rallying cry reveals US only values being No 1

Rallying cry reveals US only values being No 1 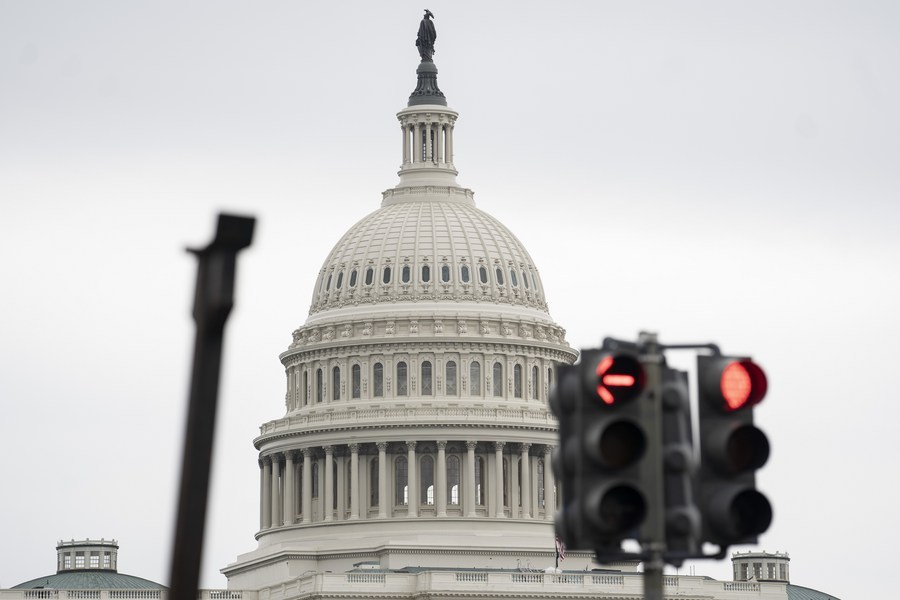 Photo taken on May 28, 2021 shows the US Capitol building behind traffic lights in Washington, D.C., the United States. (Photo: Xinhua)

In his signed article published in The Washington Post on Sunday before departing for Europe, US President Joe Biden painted a depressingly old-school picture of a world divided along Cold War lines.

The article made clear that the purpose of his first foreign trip as president, which starts from Wednesday, is not to hold discussions on "ending the pandemic, improving health security for all nations and driving a robust, inclusive economic global economic recovery" — which he claimed will be "the top priorities" — but rather on how the United States can shore up "the most successful alliance in world history" against "modern day threats and adversaries", leaving no doubt that Washington views these as China and Russia.

His remarks revealed how eager he is to engage European countries in the geopolitical game he has inherited from his predecessor and how desperately Washington is clinging to the certainties of days-gone-by when it led the world from a position of strength and moral certitude.

Biden emphasized time and again in the piece, that before his meeting with Russian President Vladimir Putin, which will conclude his trip, he intends to have the whole of Europe behind him.

If this sounds familiar, it is because it is exactly what his administration did before the talks with China in Anchorage, Alaska, in March. Ahead of those testy exchanges, Biden and his secretaries of state and defense had busy schedules meeting with their respective counterparts in Japan, the Republic of Korea, India and Australia, so that the US could present a common front.

Like the Anchorage meeting, Biden's latest charm offensive may begin with high expectations but they are unlikely to be met. No matter how much hospitality he is shown, the question will always remain how much do the Europeans really want to sip on the old wine the previous administration bottled, even if it comes with a new label declaring "America is back". Especially, since it has just been revealed that the US is back to its old tricks — that is, if it ever stopped them — eavesdropping on European leaders.

His hosts all know that it is the US' anxiety about being overtaken by China that has brought Biden to their doorsteps. It is certainly not concern for their well-being, as evidenced by it commandeering essential medical supplies last year and ignoring their desperate cries for vaccines this year.

The bitter pill that Biden is likely to have to swallow on his flight home is that Europe doesn't want to join the US in living in the past.