OPINIONS Rational and healthy growth should be China's new normal

Rational and healthy growth should be China's new normal 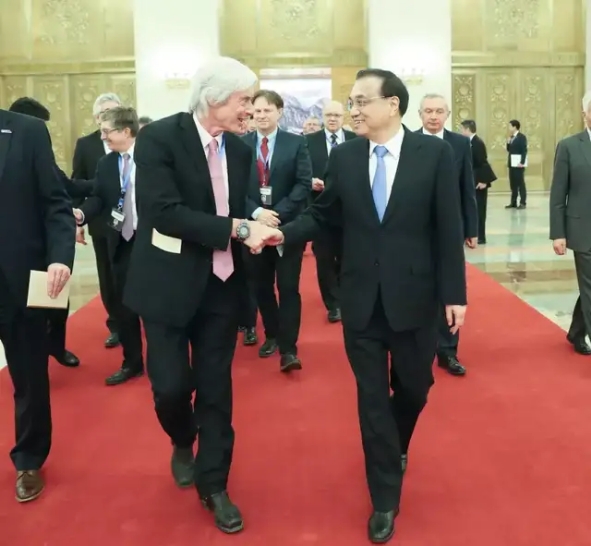 Chinese Premier Li Keqiang has a discussion with some foreign experts working in China prior to the Chinese Lunar New Year, which falls on Feb 5 this year, at the Great Hall of the People in Beijing, capital of China, Jan 25, 2019. (Photo: Xinhua)

China's 2018 GDP growth rate came in at 6.6 percent. This is technically the lowest average growth rate reported by China for the past 28 years, making global capital markets worried where investment bank analysts are toiling with the question of whether China is headed toward a recession. If this were the case, it would be a signal of oncoming global recession.

Why are the pessimists so concerned? Each quarter reported in 2018 witnessed a declining growth rate from 6.8 percent in the first quarter to 6.7 percent in the second, followed by 6.5 percent and 6.4 percent in the third and fourth. So from an investment analyst's desk, observation shows a steady and consistent downturn. Beckoning the question: will this continue to cascade downwards, or will the economy stabilize?

On January 25, 2019, prior to the Spring Festival, Premier Li Keqiang addressed a Symposium of Foreign Experts organized jointly by the Research Office of the State Council and the Ministry of Science and Technology. I participated in the meeting during which the growth rate question was squarely addressed. Premier Li explained to us that 6.6 percent GDP growth is already in itself a "high-based growth rate" maintained against a backdrop of "relatively full employment while the environment is increasingly being improved."

Let's decrypt his message and explain what the Premier meant in six parts:

First, these lower growth rates follow on the back of arguably the largest anti-corruption campaign in the history of the country that has lasted for nearly half a decade. An outcome of this campaign has been the elimination of unnecessary spending by government offices and State-owned enterprises – effectively a national economic austerity campaign. The result: China's economy must adjust to more rational and healthier patterns of consumption. This adjustment is just beginning.

Second, connected with the anti-corruption campaign, there has been a general cleanup of "unhealthy" entertainment with the systematic shut-down of plethora of night clubs, karaoke and other forms of services, causing many people in this sector to leave the big cities and return to their home towns seeking more sedate forms of income. Such institutions previously depended upon high spending much of which was connected to corruption. So with the tap shut on one flow of unaccounted cash, other sectors dependent upon such cash for their own growth have simply shut down or downsized considerably.

Third, after adopting a national policy of Ecological Civilization in 2015, the government has pursued a tough and systematic push toward reducing fossil fuel based energy sources shifting rapidly toward green. An effective three-year campaign requiring stringent technological upgrading of energy systems or the outright shutting down of polluting factories that cannot make the upgrade, has brought blue skies back to China's northeast, but eliminated a lot of productivity, much of which was previously excessive to begin with. Factory productivity is being adjusted to meet new environmental standards and energy sourcing is under conversion from fossil fuels to clean sources.

Fifth, a process of de-leveraging, or cleaning up bad loans, connected largely to the slowing of fixed-asset investment, has also slowed down the economy. Unnecessary local financial institutions had been lending funds to local fixed-asset investment and real estate projects, many of which were unnecessary due to existing overcapacity, resulting in inability to payback. Stressed finances call for reduction of lending. The entire de-leveraging process that has been in play for nearly two years is now having an effect.

Sixth, changing social patterns driven in part by technology have altered radically retail consumer behavior. An incredible rise in online sales of 23.9 percent over the past year alone, has obviously hit the economy hard. This affects retailers, distributors, as well as real estate in turn causing a major dislocation of traditional sales services, in turn affecting the real estate sector dramatically. All of these industries now need to adjust to the new normal of the retail sector.

In all of this, the current US initiated trade war plays only a limited role having a peripheral affect. In fact, when juxtaposed with the structural adjustments occurring on such a vast scale in China, the trade war in not really effecting the economy as of yet. As China diversifies its markets, in the long term, the trade war will negatively affect the US economy more than that of China's, with rising costs and complication of supply chains for American consumers and businesses alike.

In short, China's economy is undergoing a vast and comprehensive restructuring which is absolutely necessary at this time. So of course the GDP has to adjust downwards. China has needed to shift away from an economy of high growth that was not in itself solid. Reorganizing and restructuring toward a more rational and healthy pattern of growth and consumption that will need to balance the global expectations of high China GDP growth against environment, health-care and overall social welfare at home.