Rational approach is key to resolving the current trade rift

By Wang Huiyao | China Plus 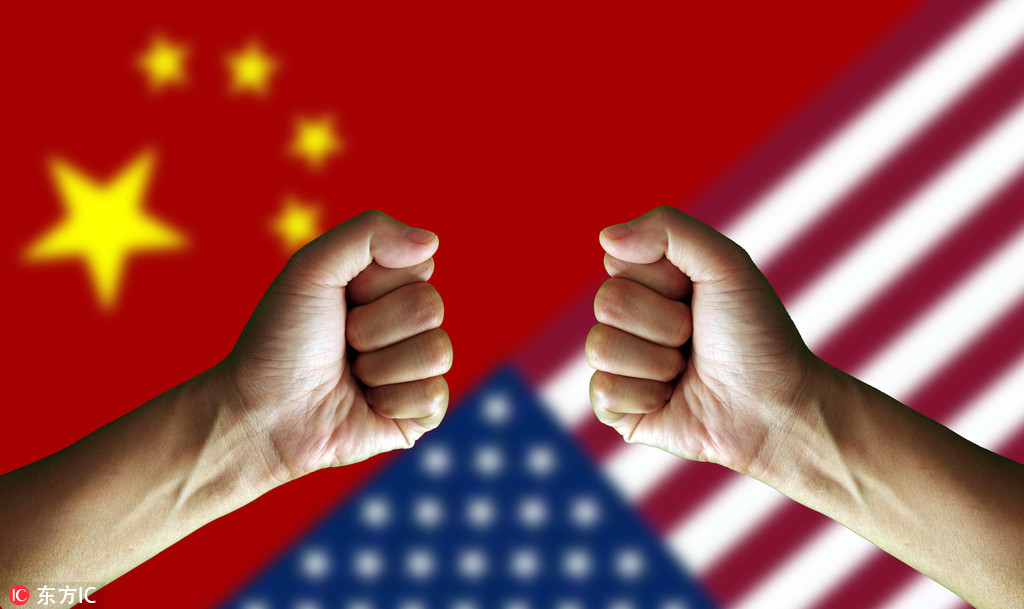 Amidst escalating trade tensions, the US and China should maintain a calm and rational approach. At the same time, they should also prepare for negative impacts that might arise as the two sides head towards deploying tariff measures, albeit with China in a defensive position. Finding an early off-ramp to the current tensions and preventing mutual losses that will be incurred is a key test for the wisdom and ability of policymakers on both sides. The worst-case scenario is one that sees both sides keep fighting until the bitter end, potentially dragging the whole world down in the process.

While the Trump administration is threatening all kinds of measures, none of these can compare to the consequences of an all-out trade war between China and the US. Together, these two countries accounted for 40 percent of the global economy and over half of global growth in 2017. One can imagine just how much damage a Sino-US “trade tsunami” could do to the entire global economy.

In line with the "America First" mantra, the White House continues to fan flames of antagonism towards China, reflecting a zero-sum mindset and over-confidence. This is despite the fact that in previous negotiations, China has already committed to increasing purchases of US goods, particularly agricultural products, energy, and other high-quality products and services. The US has now totally abandoned the previous consensus reached by Beijing and Washington in May, putting the interests of both nations and other countries around the world at severe risk.

Although the experiences of past trade conflicts may be forgotten by people today, we should still draw lessons from the current confrontation as it unfolds and seek a timely resolution so we can avoid even larger losses. As an old Chinese phrase reminds us, opportunities often arise from challenges and there remains leeway for adjustment as long as the US is willing to change course and steer towards a cooperative track again.

Below, I would like to outline four promising areas for China and the US to work together towards goals of balanced trade, job creation and sustainable growth. These are goals that the Trump administration has committed to, and China would also benefit from this bilateral cooperation.

The first area is services, which play an important role in balancing Sino-US economic relations. New WTO data show that the US ran a surplus of $54 billion in trade in services with China in 2016, a 33-fold rise over ten years prior. Given rising incomes and demand for quality services in China, there is considerable room for further growth in Sino-US trade in services, particularly in tourism, education, and cultural products.

Take tourism for example, which accounts for over half of US service exports to China. A recent report by CCG found that in 2016, the number of visits to the US by Chinese tourists grew 15 percent to almost 3 million, with associated spending in the US up 9 percent to around $33 billion. Deeper bilateral cooperation on services trade will not only help reduce the trade deficit, but also increase opportunities for exchange and mutual understanding.

Second, the rising spending power and evolving preferences of China's 400 million-strong middle class present major opportunities for US exporters. Online shopping is the most striking reflection of this growing market.

Both sides can help unlock the CBEC potential to connect China's growing market with US companies both large and small by pursuing a bilateral CBEC agreement that allows for coordination on relevant standards and trade facilitation measures. This would give Chinese consumers access to a wide range of quality products while helping reduce the trade deficit and creating opportunities for employment, innovation and investment in both countries.

Third, current trends are conducive to growing energy trade between China and the US in the coming years and decades. It is only a matter of time before China surpasses the US to become the world's largest energy consumer and imports now account for over half of China's energy use. Beijing's efforts to tackle air pollution and shift to cleaner fuels will drive demand for gas imports in particular.

Meanwhile, the shale revolution means that the US is expected to become a net energy exporter by 2022. This represents a major shift in the global energy sector and China is the ideal market to absorb rising US exports. In 2017, China imported 220,000 barrels of crude oil per day from the US. There is potential for US energy exports to China to rise significantly in the coming years. Chinese capital can also help resolve midstream infrastructure bottlenecks in the US that currently limit the growth of energy exports.

Fourth, there are many other opportunities for Sino-US collaboration in infrastructure. President Trump's $1 trillion infrastructure initiative calls for major investment in transport networks, water supply, communications and power grids. China's accumulated capital and infrastructure knowhow can contribute to this program.

Leveraging Sino-US synergies in infrastructure cooperation will not only create jobs and help boost US exports, but can also build momentum for cooperation in other areas.

US policymakers should be open-minded towards constructive suggestions, keeping their people's interests in mind as well as the welfare of citizens around the world by avoiding the trap of zero-sum thinking and stubbornness. Lessons we can derive from our small missteps may help us to avoid making grave mistakes in future.

(The author is the president of the Center for China and Globalization.)