Tensions between China and the United States had already extended from trade to other issues including the COVID-19 pandemic, Hong Kong affairs and the South China Sea disputes when the US administration ordered the closure of the Chinese consulate in Houston, Texas, on July 21. Washington's move not only has brought diplomacy into the ambit of Sino-US disputes and prompted Beijing to ask the US on July 24 to close its consulate in Chengdu, Sichuan province, but also dealt a historic blow to bilateral ties.

With the world's largest economy intensifying its attacks against the world's second-largest economy, the international community is worried that the rising bilateral disputes might have a damaging impact on the rest of the world too.

Yet this is a time for China to remain calm so it can address the key challenges of these difficult times.

China understands and values the importance of Sino-US relations for regional and global development and stability. It's a pity therefore that, instead of accepting China's development and peaceful rise, the US regards China as a strategic rival and a threat to its national security.

Perhaps the White House has opened another front against China－by ordering the closure of the Houston consulate－in a last ditch effort to divert attention from its pathetic response to the COVID-19 pandemic, which has resulted in the US having the highest numbers of infections and deaths.

Perhaps the White House is pressuring US allies to boycott China by spreading anti-China canards to influence the outcome of the US presidential election scheduled for November.

Some scholars have tried to analyze why Sino-US ties have deteriorated to such an extent. In a recent article in The Washington Post, Ezra F. Vogel, professor emeritus of social sciences at Harvard University, said: "In recent years, U.S. policy and political rhetoric toward China have been dominated by officials with limited knowledge of developments in that country. It is not in the United States' interest to turn the Chinese into enemies."

And Joseph S. Nye, Jr., professor emeritus at the Harvard's Kennedy School of Government, has said: "Exaggerated fears and worst-case analyses may make such a balanced policy impossible. The US-China relationship is a cooperative rivalry where a successful strategy of 'smart competition,' as advocated by Orville Schell and Susan Shirk, will require equal attention to both aspects of that description. But such a future will require good contextual intelligence, careful management on both sides, and no major miscalculations."

Due to Washington's provocative moves, Sino-US ties have reached one of their lowest points since the establishment of diplomatic relations in 1979. China has to safeguard its national interests, by hoping for the best and preparing for the worst, but it should always make rational and calculated decisions. 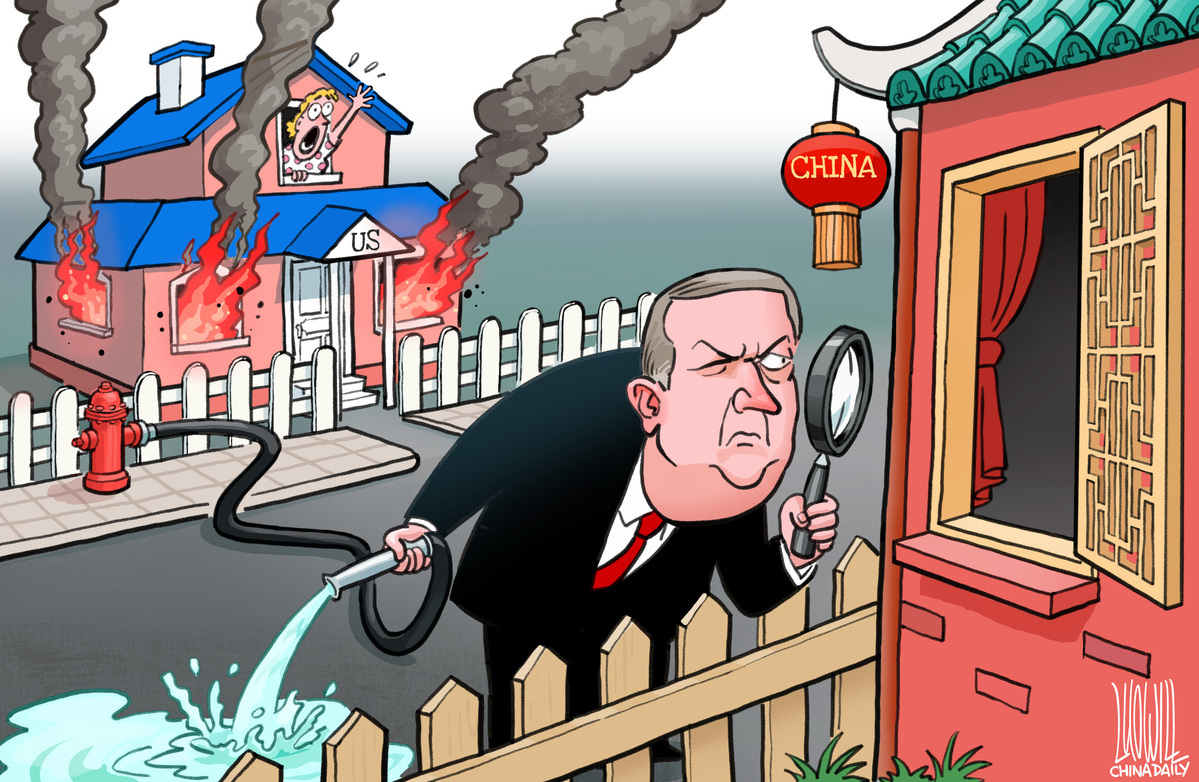 Domestic reform facilitated major country diplomacy with Chinese characteristics, and China's experience shows that increased national strength is conducive to sustained development, and that can be ensured only through further reform.

Thanks to its overall national strength, China, after being criticized for taking strict and comprehensive anti-pandemic measures in Wuhan and its parent province of Hubei, gradually won the acknowledgement and praise of the international community for largely containing the novel coronavirus and resuming near normal production and other economic activities.

While the pandemic is still raging in many parts of the world, including the US, and has dealt a serious blow to many economies, National Bureau of Statistics data released on July 16 showed China's GDP grew 3.2 percent year-on-year in the second quarter－after having shrunk 6.8 percent in the first quarter－which is a remarkable recovery.

China has entered a period of significant strategic opportunities at a time when the world is undergoing profound changes. But China should maintain calm and take cool-minded decisions to capitalize on the opportunities and properly deal with diplomatic issues, particularly Sino-US relations, which will ultimately help it achieve sustainable development and national rejuvenation.

We are confident that under the leadership of the Communist Party of China, the country will overcome all the obstacles to make more remarkable achievements.

The views don't necessarily represent those of China Daily. The author is a deputy director of international exchanges office at Beijing Language and Culture University.