The signing of the Regional Comprehensive Economic Partnership (RCEP) agreement, one of the world's largest regional free trade pacts, on Sunday has drawn great attention of US media. Mainstream American outlets such as the New York Times (NYT) and the Wall Street Journal quickly covered the news, describing the agreement as a "challenge" to the US. 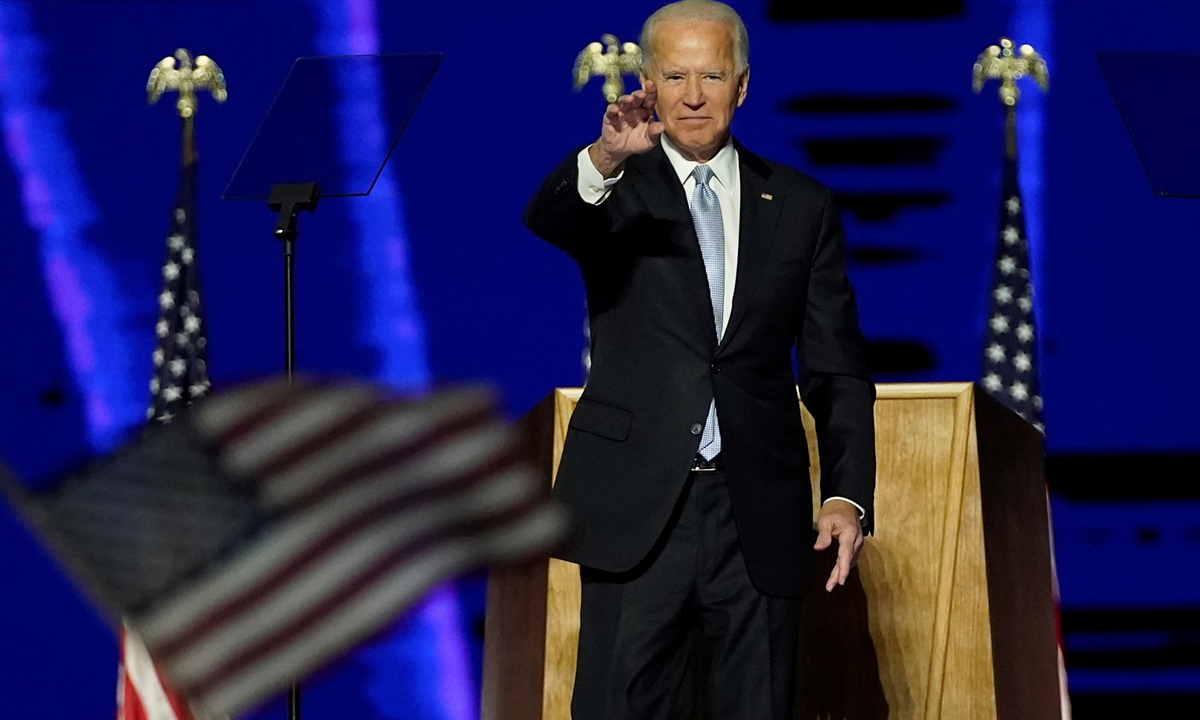 It is still unclear how the US will respond to this trade agreement. Biden administration will probably attach more importance to multilateralism. But it is not certain that he will choose to rejoin the Trans-Pacific Partnership (TPP) - renamed the Comprehensive and Progressive Agreement for Trans-Pacific Partnership (CPTPP). According to the NYT report, "Biden has said he would wait to negotiate any new trade deals."

One important reason is that many who voted for Biden in the 2020 US presidential election are suspicious about US' participation in the Asia-Pacific multilateral trade mechanism. Due to the electoral system, it is very dangerous for politicians to fail to satisfy their voters' basic demands. Therefore, even if Biden prefers being part of the multilateral mechanism in the Asia Pacific, his voters, especially those from the Rust Belt states, could constrain his efforts.

Based on domestic political considerations, Biden administration will be more hesitant to participate in free trade pacts like the CPTPP. Furthermore, to stabilize his administration, Biden might take measures similar to those of US President Donald Trump - by not joining any multilateral trade deals. This is totally possible.

The core demands of Biden voters are jobs, healthcare (stopping COVID-19), and improved economic conditions. Regardless of previous or current US policies toward globalization, new trade deals seem to run counter to demands from some key voters. Hence, even though Biden wants to reemphasize multilateralism, it will not be an easy task.

During the past four years in which Trump was busy pulling the US out of international deals and organizations, he has also, to some extent, convinced quite a lot of Americans of different classes that multilateral mechanisms like the TPP or CPTPP is harmful to the US. As a result, opposition to globalization resonates loudly in the US. It is criticized now for exposing American businesses to unfair foreign competition. Such a political legacy left by Trump will limit Biden's flexibility in maneuvering to join multilateral mechanisms.

Biden was declared by US media as president-elect, but he won only some 5.5 million votes over Trump. Both of them had received more than 70 million votes. This reflects that Biden's base is not stable enough to allow him to do whatever he wants. Therefore, although Biden will consider multilateralism more, he has to make domestic affairs a high priority to stabilize his base.

Foreign affairs will need to come after that. Evan Feigenbaum of the Washington DC-based think tank Carnegie Endowment for International Peace said that the US is outside the CPTPP and the RCEP. These two deals will, as Feigenbaum pointed out, "set trade and investment standards in Asia for a generation." This, on the whole, is detrimental to the US' role and position in the Asia-Pacific free trade process. But due to still unsolved domestic problems accumulated over the past two decades, the US is so encumbered that it has to make a choice between domestic stability and its international influence.

By citing some experts, the NYT said that RCEP "shows that the rest of the world will not wait around for the US." It intends to call for the Biden administration to weigh more multilateral matters. But the report weighs on the China-US competition whenever speaking about China. This zero-sum mentality actually shows that many US elites cannot be integrated with ordinary American people - they are highly divided. Mainstream American outlets like the NYT cannot represent what the majority of Americans are thinking about.

Washington wants to lead the world in global trade and security, but simultaneously it is reluctant to assume responsibilities in the process of jointly building them right now. Consequently, as other countries continue to cooperate with world trends, the US is sitting aside. No country should be blamed for not inviting the US into multilateral mechanism. The US alone is to blame for its severe domestic problems and divisions. It has put itself into isolation. It is the one who holds itself back from embracing and benefitting from globalization and multilateralism that the rest of the world is partaking in.

If this situation continues, the US' international influence is bound to decline. This is for sure.