OPINIONS Reading the runes in the sand

Reading the runes in the sand 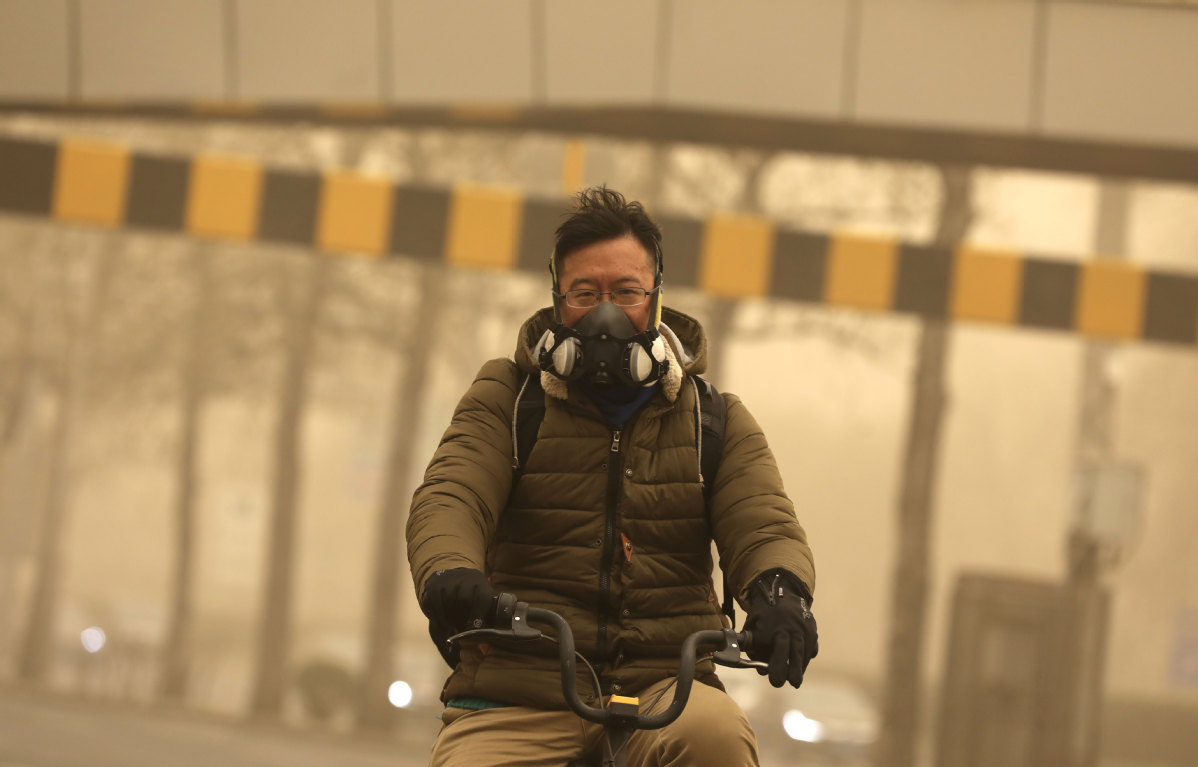 If there is anything we can learn from the worst sandstorm in a decade that hit Beijing and other northern parts of the country on Monday, it is how fragile and powerless humans are in the face of nature, and how arduous the task is for people to try to protect and coexist in harmony with it.

Meteorologists attributed the storm of dust and sand to a combination of factors — lack of precipitation, higher-than-normal land surface temperature, and an intense cyclone in Mongolia. But if we take a global perspective, it is an undeniable fact that extreme weather events ranging from heat waves and storms to floods and droughts are becoming much more frequent and intense due to the effects of climate change.

To be fair, China's afforestation and sand control efforts over the past several decades have made much progress, with forest coverage rate nationwide having risen from 12 percent in the early 1980s to 23 percent at present. A 2019 study published in the journal Nature Sustainability found that of the 5.2 million square kilometers of vegetation added to the surface of the Earth since 2000, a quarter was contributed by China.

This, in addition to other measures to improve the environment such as shutting down polluting plants and cutting emissions, has brought the vision of building a "beautiful China" much closer to the people. Last year, Beijing saw 276 days with good air quality — PM2.5 concentration of 35–75 µg/m3 — up from 100 days in 2013.

The latest sandstorm does not mean all these efforts have been in vain. Rather, it is a reminder that the country cannot rest on its laurels and that when it comes to the environment, things need to be viewed holistically. For example, there are debates about how effectively the afforestation drive can help fight desertification because it also puts pressure on water resources.

The fact that the sandstorm originated in Mongolia yet swept across large parts of China and the Republic of Korea also highlights that extreme weather events know no borders, and no country can stay environmentally safe when its neighbors are suffering from environmental degradation, which accentuates the urgency to strengthen cooperation on environmental governance among nations.

As President Xi Jinping said at the United Nations Summit on Biodiversity in September, it falls to all of us to act together — and urgently — to advance environmental protection and curb the global temperature rise.