OPINIONS Real opportunity for all vs deep despair for many

Real opportunity for all vs deep despair for many 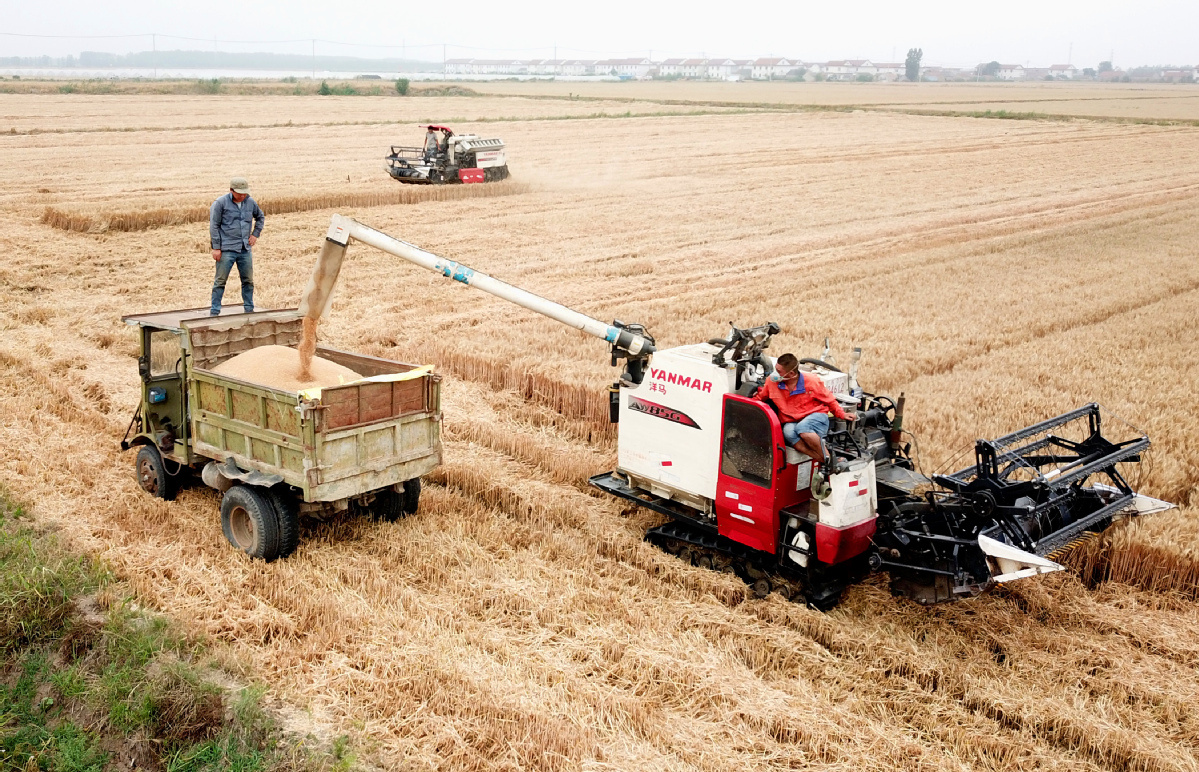 In a shocking new book, Deaths of Despair and the Future of Capitalism, Princeton University professors Anne Case and Angus Deaton－the latter of whom won the 2015 Nobel Prize for Economics－show that the real quality of life for working class Americans has deteriorated so sharply over the past 40 years that their average life expectancy is actually falling. Using in-depth data analysis, the book shows that "deaths of despair" from alcohol, drugs or suicide are killing rising numbers of working people.

In just the last month, new books by former International Monetary Fund chief economist and Indian central bank governor Raghuram Rajan (The Third Pillar) and New York Times columnist Ross Gregory Douthat (The Decadent Society) have made similar points about the cultural and economic collapse of the US working class. Unfortunately, all these authors are strong on diagnosing the problem and outlining its causes but are less convincing at specifying ways to reverse or even slow this catastrophe.

Both the health and the economic numbers are bad. Despite a rise in US GDP per capita of 85 percent from 1979 to 2017, median earnings for white men without a college degree, who were about 40 percent of the labor force, had actually fallen 13 percent. Wages for African-Americans, which started much lower, had risen in the period but still remain low on average. Although there was some improvement in 2018-19, the job situation has remained dire for those without a university degree. Between 2010 and 2019, nearly 16 million jobs were created in the US, but only 3 million for those without a university degree－despite the fact that university graduates comprised only 25 percent of the labor force.

Case and Deaton show that increasing numbers are turning to alcohol, drugs, violence or suicide. According to the Centers for Disease Control and Prevention, the number of such deaths from despair in the US has almost doubled in the last 20 years.

There is now a great debate about which came first, the cultural collapse or the economic problems. But it's clear that the two feed on each other. The much-vaunted American dream was that a young man could get a good enough job and work hard to support a family and build a middle-class life with a house, a car and enough resources to support his children.

Many of the good jobs that were fundamental to that dream have gone away. Many young men see little hope for a good job to build a normal life and start a family. Many just give up. They may have children without marrying or even knowing the mother, then the next generation of children are even worse off.

Case and Deaton sum up: "Destroy work and, in the end, working-class life cannot survive. It is the loss of meaning, of dignity, of pride and of self-respect that comes with the loss of marriage and of community that brings on despair, not just or even primarily the loss of money."

Adding insult to injury, working class people are often told that their problems arise from their failure to win in a meritocracy. But, in fact, many well-off kids succeed only with family help or connections. Rich kids that fail their classes get a gap-year vacation, but poorer kids have to take a low-skilled job. As we've seen, the children of politicians or well-off people go to rehab for drug offenses that would send poor kids to prison.

Many US politicians blame globalization, or China directly, for this cultural and economic calamity. But, they should be looking at their own policies.

Over the last 30 years or so, many US economic policies have been sold as "business friendly" when they in fact reduced economic efficiency, stifled innovation and entrepreneurship and redistributed income from the working and middle classes to the wealthy. Banking regulatory changes encouraged banks to bet on risky but high-return consumer loans and discouraged productivity-enhancing loans to small enterprises or real investments in corporations. Even worse, when those risky investments failed, the banks were bailed out so they didn't have to take responsibility. Very loose monetary policy also discouraged real investment while rewarding financial shenanigans. Antitrust laws have seldom been enforced, so monopolies have been able to squeeze out competitors.

There has been a huge rise in corrupt coziness between politicians and a few large monopolistic corporations－as shown by the 35-fold rise in corporate spending on Washington lobbying from less than $100 million in 1975 to $3.5 billion in 2019.

Policymakers face an apparent choice－protecting working class culture and economic opportunities versus promoting economic efficiency. But this is a false choice.

The field of "positive psychology," which examines what makes people happy, concludes that material things are important but not sufficient for happiness. Peng Kaiping, dean of the school of social sciences at Tsinghua University and an expert in positive psychology, said in an interview with China Daily that three conditions must be met by society if people are to have opportunities for a good life. First, negative factors－extreme poverty, war, hunger, disease－must be eliminated or reduced. Second, people need to be able to look forward to positive economic or material things－a more equal distribution of income, living a little bit longer, travel, better job opportunities. Third, Peng said, people need to feel their life has some meaning or purpose, some sense of spirituality. This comes directly out of positive psychology research.

Peng also said that global cultural "opening-up" has been important to building happiness. "I also strongly believe that in order to promote this spirituality, sense of meaning and personal existence, you should go beyond your own group, your own ethnic tribe, to all of humanity. If you only think about your tribe, then you actually make your living unhappy, resentful or even angry."

Peng pointed out that the political consequences of positive psychology's three conditions underlie the Chinese government's policies that are upgrading the economy while alleviating poverty and improving the environment.

In a December 2017 speech, President Xi Jinping said: "People have enjoyed a stronger sense of gain, of happiness and of security. Our country's great development has been achieved by the people and its fruits should be shared by the people."

Xi succinctly stated the central purpose of reforms: "I am aware of the people's biggest concerns, such as education, employment, income, social security, healthcare, old-age security, housing and the environment." He acknowledged that the efforts to improve people's well-being "have not always been satisfactory". While pledging to further improve peoples' livelihoods, Xi also called on every Chinese to "work hard to achieve happiness".

Xi's formulation, that happiness is something that everyone has to work for, is exactly the point made by much recent psychological research.

This point also ties in with a 2013 book titled Mass Flourishing, by Edmund Phelps of Columbia University, also a Nobel Prize winner in Economics. In an earlier interview with China Daily, Phelps said: "Receiving income may lead to flourishing, but is not in itself a form of flourishing ... Succeeding at something is so important." Adding that the rate of innovation and entrepreneurship has declined and been replaced by large monopolistic companies since 1970, Phelps said that US culture has changed. "I think that in the US we have a population now that is kind of lacking mojo, pizazz."

Tellingly, Mass Flourishing has sold 10 times more copies in China than in the US. In a discussion with Phelps, Premier Li Keqiang said that he has read the book in the original English and again in the Chinese translation.

In my view, China is currently doing a much better job than the US at enacting reforms that increase economic efficiency while improving many factors that are essential to allowing people to live a good life. Let's hope real reform continues in China and can, at long last, be started in the US. senior staff commentator of China Daily.

The author is a senior staff commentator of China Daily.