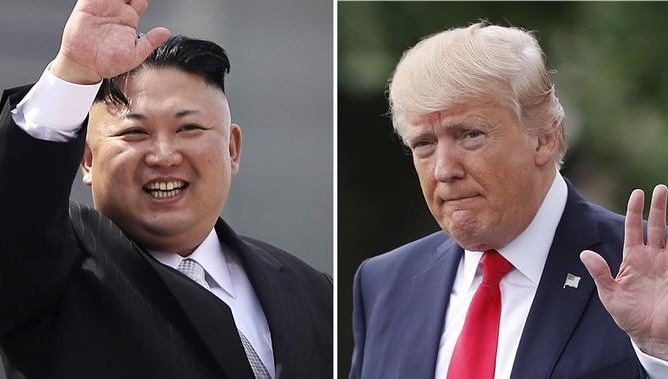 Republic of Korea President Moon Jae-in said in Washington on Tuesday that "the fate and the future" of the Korean Peninsula hinges on US President Donald Trump's meeting with Kim Jong-un, top leader of the Democratic People's Republic of Korea.

Certainly, a first ever face-to-face meeting between the incumbent leaders of the two countries would present a historic opportunity to finally end the standoff and tensions that have persisted for more than six decades.

Which is why talk from both sides that the meeting might not go ahead as planned has raised concerns.

Trump has said there is a "substantial chance" the summit won't happen as scheduled — saying it could be delayed or canceled if "certain conditions" are not met. And the DPRK has threatened to scrap the meeting after Trump's National Security Advisor John Bolton said there could be a "Libya-style solution" to denuclearize the DPRK, something that did not end well for the Libyan leader Muammar Gadhafi.

Given past practices, it is possible that both parties are just jockeying for position ahead of the talks. But it is to be hoped neither side puts a foot wrong in doing so.

The mutual suspicions that have festered over the years will not be dispelled in just a few months. And the history of agreements breaking down because of the lack of trust, means that the two sides' demands and expectations have to be realistic.

Trump said on Tuesday that he believes Kim is serious about denuclearization, and that in the short period of time his administration has been engaging with Pyongyang it has been a relationship that seems to be working. But he added, it remains to be seen how long it continues to work. For it to do so, Washington will need to deliver on its promises of security guarantees for Pyongyang, as this is fundamental to any progress.

With the US seemingly wanting swift denuclearization in one go, and the DPRK wanting it in phases, there is certainly the possibility there will be no meeting of ways.

But with Trump saying the two sides are still talking, and Pyongyang allowing reporters entry to cover the dismantling of the nuclear test site, the two sides clearly believe it is still on the cards.

All stakeholders have every reason to do all they can to ensure the meeting does go ahead, as it is a necessary step toward securing peace and stability on the Korean Peninsula and finally laying this legacy of the Cold War to rest.