Recycling gadgets the key to sustainability 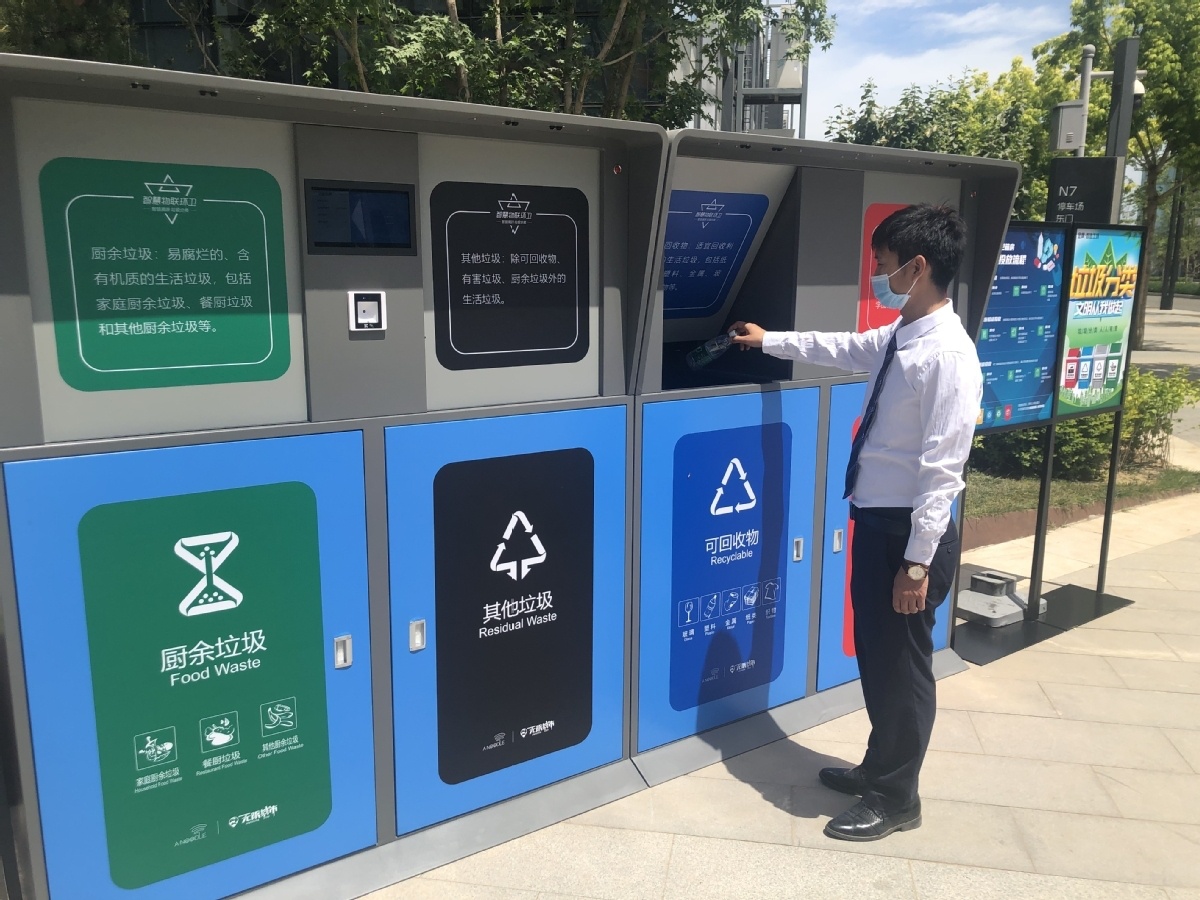 Smart trash bins in Beijing open automatically when a person stands in front of them. (Photo provided to chinadaily.com.cn)

The National Development and Reform Commission, the Ministry of Industry and Information Technology and the Ministry of Environment and Ecology recently issued a guiding document asking home appliance manufacturing companies to set up recycling plants for used appliances.

The use of home appliances has increased because of the constantly improving living standards in China. According to official data, 98.9 percent of Chinese families had color TV sets, 98.8 percent had washing machines and 94.1 percent had air-conditioners in 2018.

The discarded appliances have to be properly recycled because they contain batteries, chemicals and electronic chips, which can contaminate the soil and water and, if burned, can cause severe air pollution. But if properly disassembled, many of their parts can be reused.

And since it is not easy for a family to move, say, a used refrigerator to a recycling plant and environmental rules forbid the dumping of such appliances in garbage dumps, home appliance companies should make arrangements to collect them from the households discarding them.

Also, many consumers discard home appliances not because they do not work but in favor of upgraded, more fashionable models. Which means these appliances can be resold. And that's part of the recycling process.