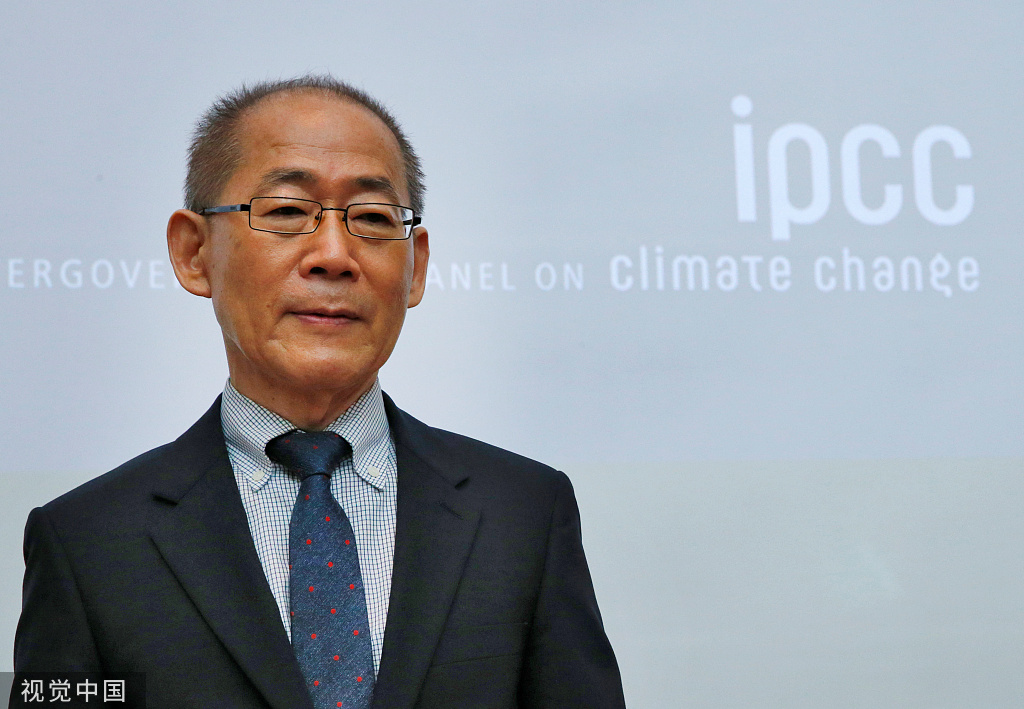 Declining farmland and water resources, a rising world population and the damage wrought by climate change are combining to threaten humanity's ability to feed itself, according to a new doomsday report from the United Nations.

The international findings published this month by the IPCC, the UN's climate change panel, warn that while climate change presents challenges to food growers, agricultural methods are at the same time contributing to making climate change worse.

The report echoed research by a commission, led by the medical journal The Lancet, which warned in January that lack of action on creating sustainable food systems would result in today's children inheriting a severely degraded planet where much of the population would increasingly suffer from malnutrition and preventable disease.

While governments and individuals ignore such solid scientific findings at their peril, it is also true to say that they feed into a growing popular mood of existential angst in which the environmental glass is always seen as half empty rather than half full.

It is not all bad news. In recent decades, agricultural advances have done much to reduce poverty and food insecurity in an increasingly populous world. A World Bank report last year noted the tremendous progress that had cut the number of people living in extreme poverty to 10 percent in 2015 - a new low.

And, as recent scientific reports acknowledge, the present challenge is as much about excess consumption and waste as it is about lack of resources. In richer parts of the world, obesity is now a more urgent threat than shortage of food.

The problem, it seems, is that many of us are eating the wrong stuff.

As the Lancet-led research concluded: "Transformation to healthy diets by 2050 will require substantial dietary shifts.

"Global consumption of fruits, vegetables, nuts and legumes will have to double, and consumption of foods such as red meat and sugar will have to be reduced by more than 50 percent. A diet rich in plant-based foods and with fewer animal source foods confers both improved health and environmental benefits."

Governments have responded to previous such findings by encouraging their citizens to adopt a healthier diet. Chinese health authorities this year urged people to reduce their intake of edible oils, sugar and salt as part of a nationwide campaign to minimize health risks.

Increased global prosperity has meant that many more people now have access to a wider diet. Meat production, for example, is on the way to doubling in the first half of this century.

Livestock production, however, merely adds to man-made climate change by adding more carbon dioxide to the atmosphere than all the world's cars.

This month's UN report inevitably generated headlines along the lines of: "Stop eating meat and save the planet". Meanwhile, an increasingly strident vegetarian lobby is campaigning to turn meat-eating into a taboo.

British reality TV star Lucy Watson, who recently launched a range of supermarket vegan meals, urged people to overcome their resistance to plant-based meat substitutes "because you're not paying for murder".

So what's a responsible citizen to do? Cutting down on meat consumption is no doubt a healthy option and might even help mitigate climate change in the process. But, if we all gave up meat tomorrow, entire rural economies would be wiped out, just as thousands of industrial workers would be thrown on to the scrapheap if we all gave up our cars.

Global warming may be an extreme threat but it is not necessarily best confronted with such extreme responses.

As the UN report suggests, reducing avoidable waste could be the single most significant option for facing up to the food-climate crisis. The experts revealed that a staggering 30 percent of global food is lost or wasted. That includes foodstuffs lost in production or consigned to the bin by shops or their customers.

Such profligacy is unnecessary and unappealing. It is self-evident that, whatever we choose to include in our diet, it is unacceptable to buy food only to throw it away.

The big food processors also have a case to answer over the way in which they bulk up their products with sugar and palm oil to increase their profits but potentially damaging their consumers and the planet.

At a personal level, perhaps we should adopt a balanced view of how we deal with our environment. That can range from taking a more responsible view of our diet rather than abandoning entire food groups such as meat.

In the same way, we might think twice before we make an avoidable plane trip rather than giving up flying altogether. As for walking or cycling instead of automatically jumping into our cars, that is good for us as well as for the planet.

Such an approach, if widely adopted, would be as likely to succeed as a drastic puritanical course of self-denial.

When it comes to helping ourselves and the planet, perhaps we should adopt the philosophy of the old British music hall song: "A little of what you fancy does you good."