Reform and opening-up: a key move that decides China's destiny

China has implemented reform and opening up for 40 years. During the past 40 years, the country has achieved vigorous economic growth and continuously expanded its economic aggregate, transformed from a low-income to an upper middle-income economy, improved its comprehensive national strength and made a historic leap. 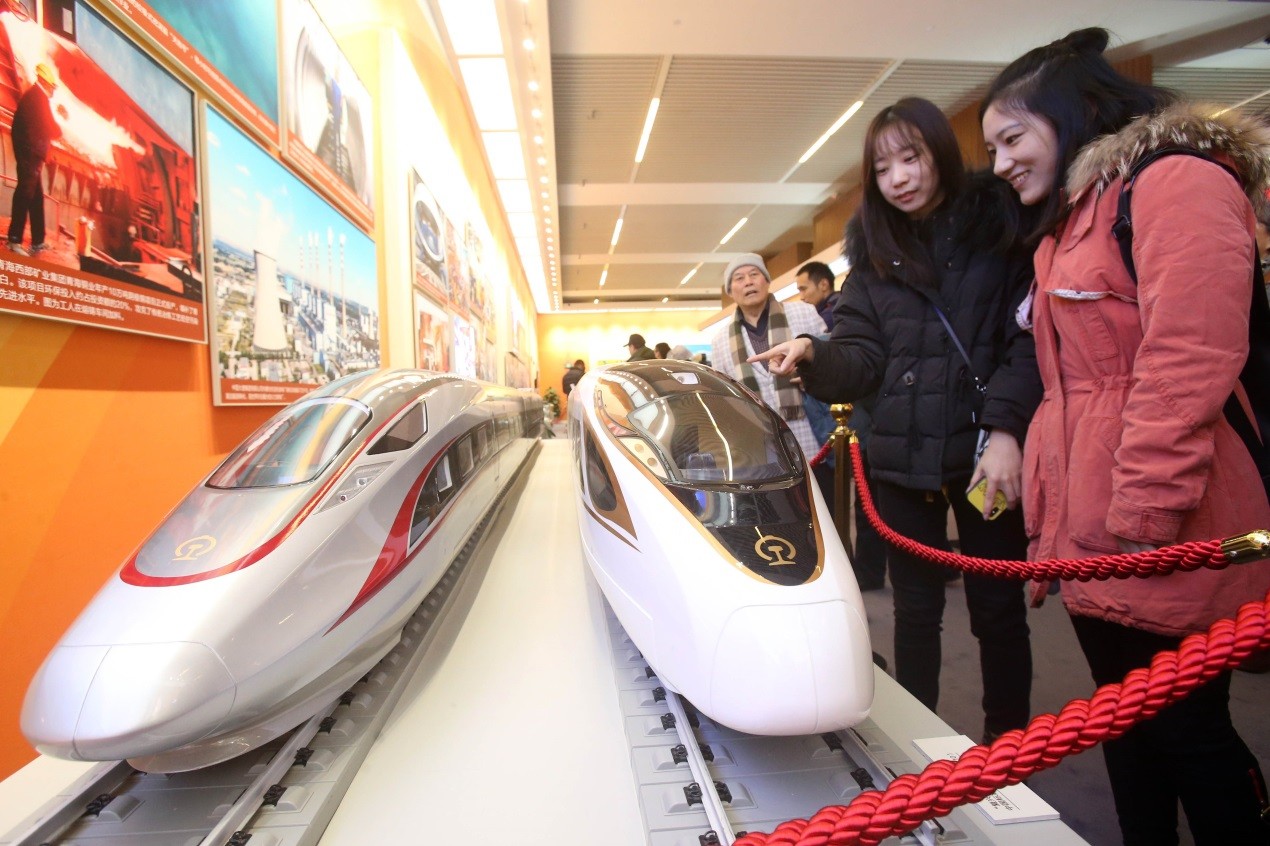 Visitors watch models of Fuxing bullet trains at a major exhibition commemorating the 40th anniversary of China's reform and opening-up. The exhibition opened to public on Nov. 13, attracting more than one million visitors. It showcases China's huge development in economy, military and science, as well as the improvement of people's livelihood through pictures, texts, and miniature models. (Photo: Chen Xiaogen/People's Daily)

China's economic aggregate ranked the world's 11th in 1978, the 6th in 2000, and the 3rd in 2007, and the country became the world's second largest economy in 2010. In recent years, China has kept a contribution of more than 30 percent to the world economic growth.

In the past four decades, China actively took the opportunity of globalization, participated in global governance, and achieved common development with the world.

China's total foreign trade of commodities stood at the world's 29th in 1978 and ranked the 1st in 2017. From a country with no outward foreign direct investment (FDI), China has turned into the third largest source of outward FDI last year.

In the past four decades, Chinese people's livelihood went through dramatic changes, with leapfrog improvement of residential income and urbanization.

The national per capital disposable income increased 22.8 fold from 1978 to 2017, and urbanization rate of the resident population increased by 40.6 percent. Now Chinese people are living and working in a peaceful and prosperous environment, and are expected to embrace better development.

China will never put an end to the process of its reform and opening-up. Standing at the new node of time, the country will only usher in a brighter future.