OPINIONS Reform and opening up brings a great progress for China

Reform and opening up brings a great progress for China 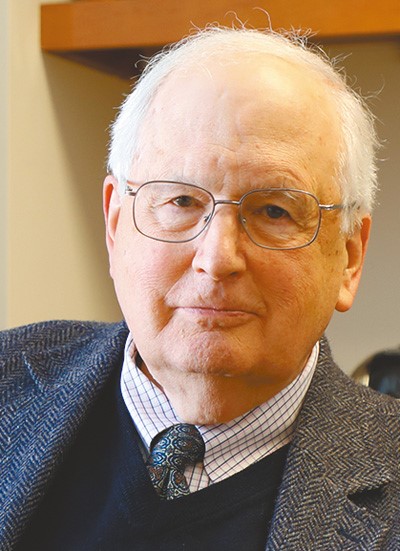 I worked for the United States Liaison Office in China in 1978. From July of the same year, we started secret negotiations with the Chinese side on the establishment of bilateral diplomatic relations.

After the Communist Party of China announced to convene the third plenary session of its eleventh Central Committee, I felt that this meeting would surely bring a significant change for China, but I had no idea where the country would be led by the change. Later on, China began its construction of special economic zones, arousing great interest of us. We came to realize till now that the reform and opening up is such a huge progress for China.

Four decades of reform and opening up has totally changed this country. In world history, no other country has experienced such a big change within such a short period of time.

Economic development is the largest change. Several years ago, Dr. Henry Kissinger and I went to Dunhuang, during which we found that the ancient small city had already been linked to the highway system and built a modern airport.

On my later trips to Wuhan and Chengdu, I found that everything was different, and both cities presented obvious progress. Taking a high-speed train to Xuzhou, I was impressed by the advanced infrastructure in the highly-developed city.

Chinese society now has a more opening mind. Before the reform and opening up, it was difficult for foreigners to ask about times on the streets, but when I came back to China in the 1990s, open and free communication was easy to observe. Thanks to its own development, China has become a driving force for regional growth, and brought benefits to many economies in East Asia.

There is no doubt that China’s reform and opening up has had huge influence on the US and the US-China relations. Today, some Americans say that the US aimed to change China by supporting China’s accession to the WTO.

However, as far as I know, none of the US delegates engaged in the negotiations on China’s accession to the organization held such a type of view. The US decision was strictly based on the consideration of its own interests that China’s entry to the WTO accords with the economic benefits of the US. The theory of comparative advantages worked within the US, and also in the global context. It leads to higher production efficiency and more cost-efficient products, which is also the benefits that globalization has brought to the US.

Some Americans, though attracted by Chinese culture, are still used to treating Chinese people as “different” . My personal philosophy regarding policy issues is that the US policies shall not damage the opportunities to improve the livelihood of people in any country, since every country has the right to develop.

Nowadays, some Americans believe that China will overturn the current international order with its rise, and such practice is not in line with the interest of the US. Obviously, these people must have never carefully analyzed the policies that China outlined. China has always proposed to maintain and improve the current international system. For example, the Asia Infrastructure Investment Bank that the country has established, aims at supplement to and improvement of the existing international order.

I spent almost half a century dealing with major powers as a diplomat. My experience taught me that cooperation and competition coexist in all the major-power relations. Facing the future, we need a new philosophical basis to frame the US-China relations.

(J. Stapleton Roy is a senior research fellow at Woodrow Wilson International Center for Scholars, former US Assistant Secretary of State and former US Ambassador to China. This article is compiled based on an interview.)