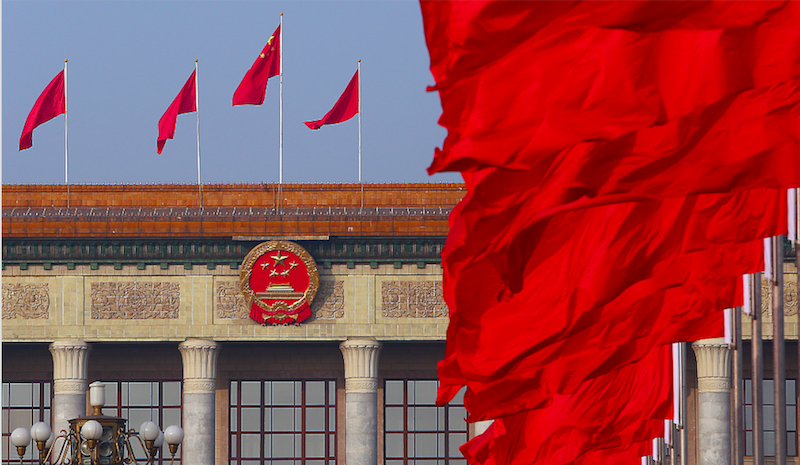 It is by reform and opening up that China seeks a new path and broadens its development scope, according to a Chinese language commentary published under the byline "Xuanyan" in the People's Daily.

“Even the most stubborn people who hold a West-centric view admit that China and the world are indispensable to each other. The world needs China for its prosperity,” it said.

Reform and opening-up, as China’s second revolution has not only transformed China but also influences the world significantly. This is the most insightful implication for contemporary China and the world, and also the most confident and heroic announcement made by the Chinese.

China’s reform and opening up was in line with the development logic of Chinese logic, as innovation was the gene of the Chinese for generations, it said.

The Chinese Communist Party combined the scientific truth with the practices in China and started the most comprehensive revolution in Chinese history. From taking the path of Russians to taking its own path, the CPC took a successful path for Chinese reform, construction and revolution, the article said.

The infinite power of Chinese people’s yearning for a good life, such as shaking off poverty, solving food and clothing problems, attaining a moderately prosperous society and ushering in a modernized era has driven consecutive social reforms in China and sculpts the appearance of China today.

The article believes that reform and opening-up is an ongoing as well as an infinite cause of China today, a country that has approached its grand dream. Only by standing up to meet challenges can we enjoy the boundless vista.

To this end, the article proposes the following:

Comprehensively deepening reform is to fully showcase the defining feature and greatest institutional advantage of a socialist society under the leadership of the CPC and help complete  socialism with Chinese characteristics, thereby allowing China to achieve modernization in terms of a national governing system. And continuously broadening opening-up aims at making China integrate to the world in a wider range and at a higher level, so as to inject momentum to China’s reform and development and make greater contributions to peace and development.

No matter what field the reform and opening-up expand to, and no matter how the external conditions change, China’s commitment to center on people remains. China has always adhered to the philosophy that development is for the people and relies on the people, and its fruits are shared among the people and its results are evaluated by the people. Reform and opening-up has deeply taken root in people’s hearts and surged toward the future.