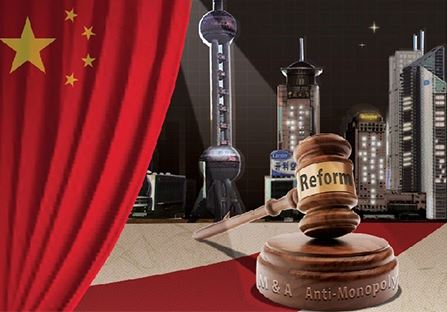 In his recent speech to celebrate Spring Festival, President Xi Jinping spoke of China's aging society and the government's responsibility to care for the elderly. He said that great efforts should be made to ensure that the elderly are well respected, taken care of and supported, and programs for the elderly should be promoted to ensure they can enjoy a happy life.

Last month, a couple in Shandong province had their bank account frozen because they didn't pay the social maintenance fees imposed on them for having a third child.

As very low fertility is a primary cause of an aging society, the problem can be addressed by increasing the fertility rate. So why, asked netizens, should the couple in Shandong be penalized for doing what the country needs, namely having more children?

The Shandong case speaks to a bigger issue, namely the idea that more newborns will "fix" the aging population problem.

Finally, if just the number of people were the main problem with the labor market, we would have full employment. Which, of course, we do not.

Easier for China to implement reforms

China may be getting old before it gets rich, but it has certain key advantages over other aging societies. First, unlike in Europe where large-scale pension and welfare systems have a long history and are well entrenched in society, China's history in this area is relatively short. This should make reform and the development of better systems easier.

Third, the combination of a high savings rate and (albeit declining) attitudes of filial piety in China mean that State liability to the challenges of aging is more limited than elsewhere.

And fourth, through initiatives such as Healthy China 2030 and the huge investment in education, there is much potential that some of the consequences of an aging population can be offset by both productivity increases among the working age population, combined with keeping the older population fit, active and healthy for as long as possible.

This is not to say, however, that the government can sit back and relax. Pension reform is urgently needed, as is tackling poverty among the elderly. A difficult combination indeed.

Furthermore, the coming storm of long-term care needs, coupled with the ongoing modernization of the family, means that children will not always be willing or even able to provide the support that their parents (or in-laws) require. In both pension provision and long-term care, the private sector will no doubt step in to offer solutions. But this could only serve to entrench inequalities. The government will also need to step in.

The development of a whole new professionalized care sector is a must. The recognition that even where children wish to care for their parents, the reality is that often complex care needs mean that extrafamilial, trained support is going to be ever more necessary.

Technology could play a huge role in addressing this problem. As already mentioned, investment in fixed capital through upgrading can mean that more can be produced with fewer people. Similarly, developments in the growing field of gerontechnology can both improve life and independence for older people as well as reduce the costs of providing human care.

There are, of course, limits to what technology, including artificial technology, can do. But there are also limits to how any other solution can fix the aging "problem": whether fixing through population, or reform or any other means. The point is that a holistic approach to the challenge must be adopted, with multiple responses and initiatives both across ministries as well as in partnership with the private sector.

Well placed to respond to the aging problem

For what it is worth, I think China is actually quite well placed to respond to the challenges of an aging population; and could well represent a model for an alternate pathway of coping with this inevitable demographic change. But this requires bold, joined-up thinking and new partnerships.

Of course, the couple in Shandong broke the regulations in place and must have known the risk of punishment. Perhaps all birth control restrictions will be removed soon, but until then quotas are still in place and family planning officials still have their job to do. But even if, and when, those restrictions are removed, experience from previous relaxations and the experience from other low fertility countries tells us that further relaxation is likely to have only limited impact upon fertility rate.

The appetite for three-and four-child families is generally very low. So when the inevitable muted responses happen, we should not panic. Rather, we should remember that having more babies is just one－and one very inefficient－way of "fixing" the aging problem.