OPINIONS Regulation on Big Tech not to inflict self-harm

Regulation on Big Tech not to inflict self-harm 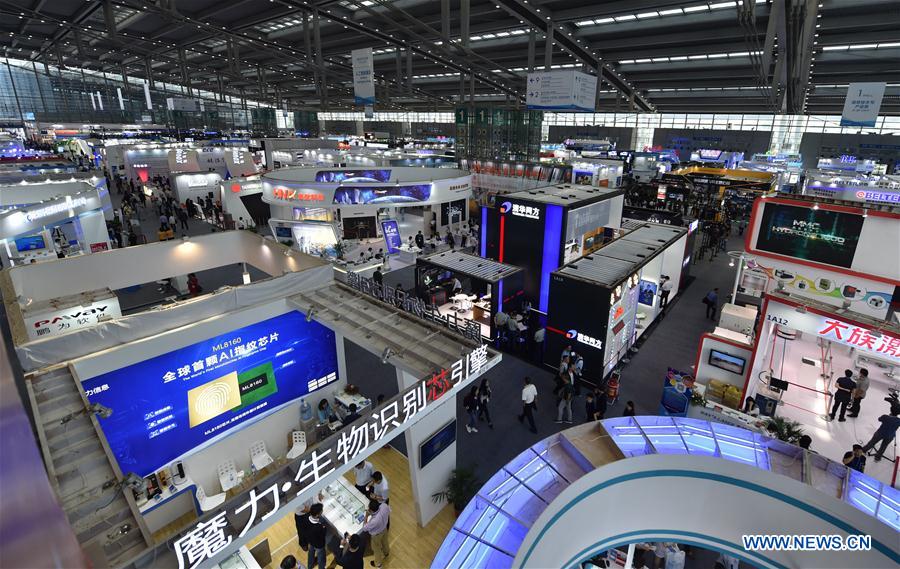 The incessant crackdowns on irregularities found in China's major technology companies have sent shockwaves across the international stock markets, with some Western media and international investors predicting the heydays for Big Tech in the country have ended.

Since November 2020, Chinese regulators have taken dozens of actions spanning antitrust, finance, data security, social equality, protection of minors etc. In April, the government ordered Alibaba to pay a record fine of 18.2 billion yuan (US$2.8 billion) after regulators concluded that the online shopping giant had been restricting competition by stopping sellers from using other platforms. In March, 12 companies, including Tencent, Baidu, Didi Chuxing and Suning, were fined half a million yuan each over merger deals that violated anti-monopoly rules.

After launching a cybersecurity investigation last month into the ride-hailing company Didi Chuxing, China unveiled a sweeping overhaul of its US$100 billion education tech sector, banning companies that teach the school curriculum from making profits, raising capital or going public, in a bid to reduce the burden of students and education cost for families.

The flurry of regulatory moves has weighed heavily on Chinese tech companies listed in the Hong Kong and US stock markets. The Hang Seng Tech Index, which tracks major tech firms listed on Hong Kong’s stock exchange, ended Thursday down almost 40 percent from its peak in February.

While a pullback of share prices is understandable as the crackdowns on irregularities may make these companies less profitable at least in the short term, investors have not understood the purpose of the government and overreacted, offloading tech stocks in a panic.

Some Western media outlets even propagated politically motivated viewpoints. “Its message is clear: the Marxist pursuit of power trumps market logic,” The Economist claimed in an article titled “Marxism v markets” published on July 31, after China announced an overhaul of the after-school tutoring market.

In fact, China’s tightened regulation on Big Tech is a justifiable move after years of lax regulation. The freewheeling sector has been riddled with monopolistic practices such as e-commence giants’ “Erxuanyi” practice, or literally “choose one from two,” which forced sellers to pick one platform from two – preventing businesses from selling products on other platforms. Other prominent problems include illegal collection and misuse of personal data, algorithms that put delivery riders’ safety at risk as they are forced to race against the clock to make deliveries, discriminative pricing practices, and the lack of protection of the rights of the underaged.

While Western media organizations frown upon China’s regulatory moves, they have been comfortable with Europe and the United States taking actions to rein in Big Tech, targeting irregularities such as stifling competition, spreading misinformation and eroding privacy.

Britain is creating its own tech regulator to police the industry. Google, Facebook, Amazon, Apple and other companies have faced increased regulatory scrutiny over issues like monopoly and content moderation. The US Government filed landmark lawsuits against Google and Facebook last year. Republican and Democratic lawmakers have said they are drafting new antitrust, privacy and speech regulations targeting Facebook, Google, Apple and Amazon.

Some people in China have also misinterpreted the regulatory measures. Extreme ideas that see the tightened regulation as a fight against capitalists and an economic decoupling move have been circulating on social media platforms. Some posts groundlessly attacked Alibaba and Tencent as being controlled by foreign capitalists. Some netizens promoted a far-fetched conspiracy theory, saying Tencent’s foreign shareholders wanted to use video games to “poison” the younger generation in China.

There is no reason for the Chinese Government to suppress innovation and the development of internet-related industries. The crackdowns on the irregularities in these industries will be beneficial to their long-term healthy development, encourage competition and innovation, and make economic growth more equitable.

Despite their irregularities, China’s Big Tech companies have been spearheading innovation that has invigorated the economy and improved people’s lives. E-commerce has made shopping much easier and less costly. WeChat Pay and Alipay have rendered payments without any hassle. Ride hailing apps have made travel much easier. Instant messaging has revolutionized telecommunications. These companies are also making foray into many sectors that are pivotal to future economic growth, such as AI, automatic driving and industrial internet. They represent the only industries outside the United States that can rival Silicon Valley.

The intensity of the Chinese regulatory moves simply reflects the efficiency of the country’s governance, and should not be construed as the government’s determination to torpedo the growth of Big Tech.

While the litany of problems associated with the “original sins” of these companies needs to be addressed, they should not be demonized. With Huawei’s smartphone operation already partially crippled by the US-led technological war, there is no reason for China to inflict unjustifiable damages to the great companies of its own, or make its internet-related industries less competitive than their US peers.

(The author is a deputy editor-in-chief of Shenzhen Daily.)