The London Declaration issued by NATO on Dec 4 for the first time listed China as one of the challenges it faces. There are complex reasons behind this change. Superficially it seemed to be the NATO's reaction to China's rapid economic and military development. But the root lies in the internal problems of NATO. Recently, French President Emmanuel Macron said NATO is "brain dead". His words did not arise from nothing, but from worries about NATO's role and leadership capability. 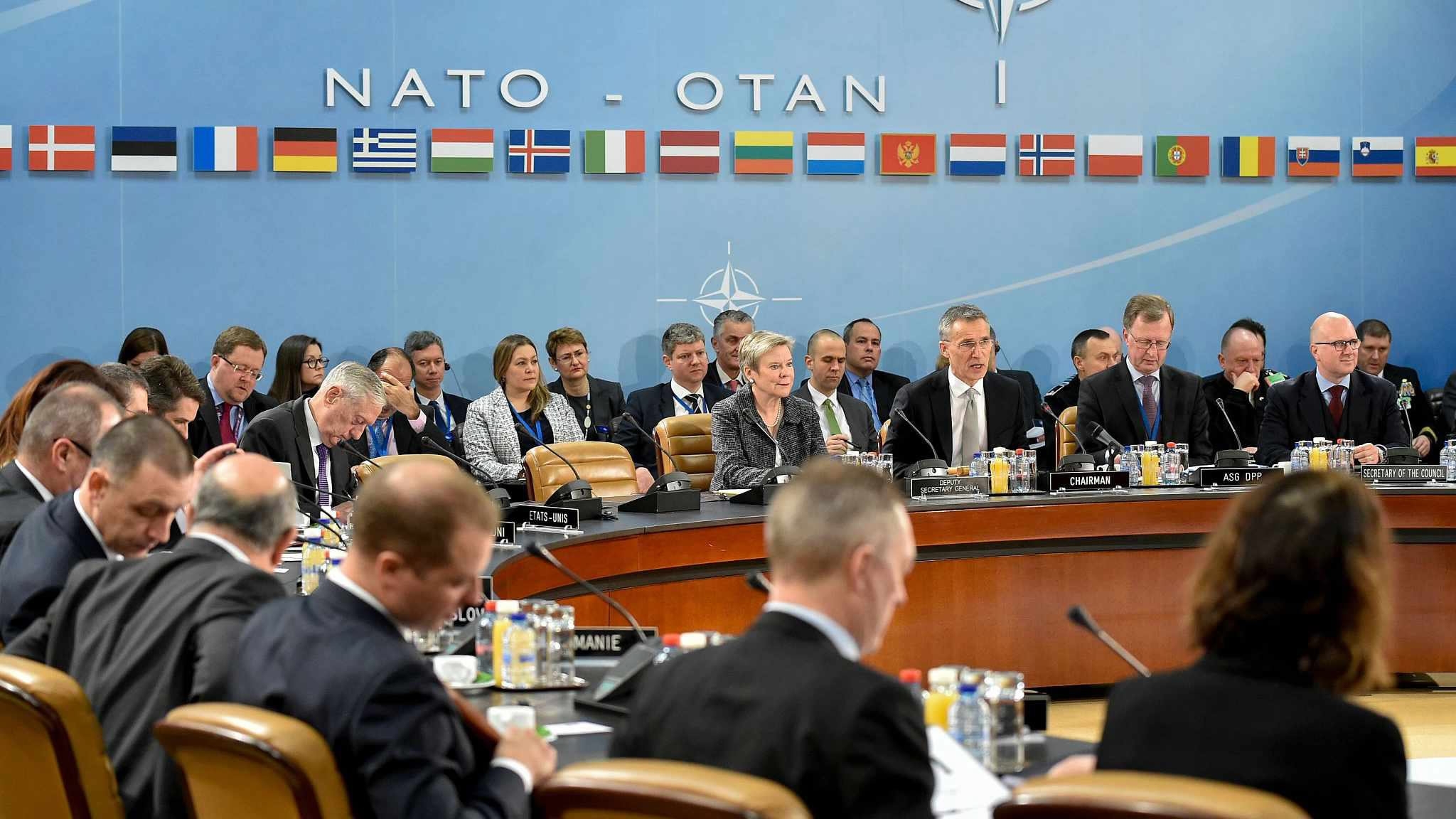 The growing tension between Turkey and other NATO members is a case in point.

As an important NATO ally since 1952, Turkey's relations with NATO have been strained on many issues including Turkey's procurement of a Russian air defense system, Turkey's military action in Syria, and the US bias against Turkey in the eastern Mediterranean region.

The rift between Turkey and the United States widened when the US started backing the Syrian Kurds in the fight against the Islamic State terrorist group. In 2018, the US launched a trade war against Turkey, and Turkey became increasingly at odds with the US, the European Union and Israel. The US failed to convince Turkey not to buy the Russian S-400 missile defense system, with the US and Turkish leaders failing to reach a consensus on security issues at a meeting on Nov 13, 2019. There was growing anti-US sentiment in Turkey and an increase of anti-Turkey sentiment in the US. The US Congress passed numerous resolutions against Turkey in 2019.

The Turkish acquisition of the S-400 defense system from Russia undermined Turkey's traditional role as NATO's southern bulwark. There was bipartisan congressional support for sanctions against Turkey to punish it for purchasing the Russian S-400 system. The Turkish Foreign Ministry said that the US Congress persists in disrespecting Turkey's sovereign decisions and in adopting an irrational hostile attitude by unfairly blocking Turkish participation to the F-35 program. Although Turkey is still very important for NATO given its geostrategic position, Turkey's increasing cooperation with Russia has impaired Ankara's dependability in the view of NATO.

The US sided with Cyprus and Greece in the eastern Mediterranean. Turkey and Libya signed a controversial maritime boundary deal in November. Greece, Egypt, and Cyprus denounced the deal. On Dec 17 the US Congress passed bills siding with Cyprus in its territorial and energy disputes with Turkey. In disregard of Turkish interests, the US expanded relations with Greece, Cyprus and Israel. This was not the first time Turkey's relations with the US and Greece deteriorated sharply over the Cyprus issue. After Turkey militarily intervened in Cyprus in 1974, the US imposed an arms embargo on Turkey from 1975 to 1978.

Turkey and its NATO allies turned hostile over the Syrian Kurdish issue. On Oct 9, Turkey launched the Operation Peace Spring against Kurdish fighters in Syria. In response, the US announced sanctions on Turkey and the US president threatened to destroy Turkey's economy.

Ahead of the NATO summit in London, Turkey threatened to oppose a NATO defense plan for the Baltic region and Poland if the alliance did not support Turkey in its fight against Kurdish groups in Syria. Turkey blamed NATO members, first and foremost the US, for failing to heed its security concerns by supporting the Syrian Kurds. Turkey warned that no unity should be expected within the NATO alliance if some countries oppose a member state's efforts to ensure its security.

If NATO cannot properly answer different appeals from its member countries, NATO's stability and development will be undermined from within. Every country is equal and independent. Superpowers should not interfere with other countries' internal affairs and diplomacy. The US cannot stop Turkey from developing economic and military relations with Russia or other countries. Every country, including Turkey, is entitled to have multidimensional and diversified foreign relations.

Turkey's disputes with its NATO allies are only part of the many points of discord within NATO. NATO should properly solve its internal problems first and it should abandon its out of date Cold War mentality which is constantly looking for new enemies to contain according to its ideology and political system. It should put more focus and energy on jointly coping with the common challenges facing all countries, such as terrorism, poverty and so on. Dialogue, respect for sovereignty, and partnerships and cooperation should replace interference, coercion, conflicts and containment.

The real threat to NATO is not the development of China. If NATO still looks at China with an out of date Cold War ideology, regards China as a scapegoat for not being able to solve NATO's internal problem, then NATO might lose the opportunities for development cooperation with China. Regarding China as a cooperation partner rather than adversary is in the interests of every country.

The author is a researcher at the Institute of West Asian and African Studies, Chinese Academy of Social Sciences.

The author contributed this article to China Watch exclusively. The views expressed do not necessarily reflect those of China Watch.

All rights reserved. Copying or sharing of any content for other than personal use is prohibited without prior written permission.