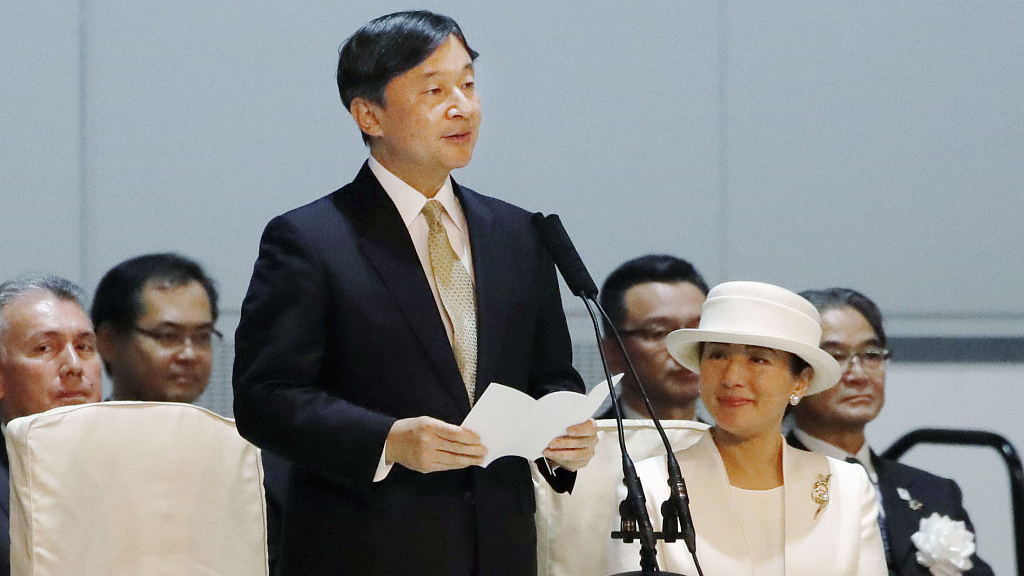 Editor's note: Xu Chuanbo is a postdoctor at the Institute of Areas Studies at Peking University.

The Enthronement Ceremony of the new Japanese Emperor Naruhito is scheduled on October 22, 2019, ending the Heisei era to embrace the Reiwa era.

According to Japanese history scholars, since the Meiji Restoration, the important stages of the Japanese history coincided largely with the reigns of the emperors. The Meiji era was defined by the national independence won after the Meiji reforms, the Taisho era saw Japan's rise to an imperialist power thanks to democratic institutions, the Showa era witnessed economic miracle following Japan's defeat in World War Two, while the Heisei era fell into the "Lost Decades" of economic stagnation. What will be the ups and downs of the Reiwa era?

According to the Japanese laws of succession, the Chrysanthemum Throne is currently limited to males of the Japanese imperial family. Emperor Naruhito has no son yet and Princess Aiko is his only child. In the imperial family, there is only one male child, Prince Hisahito, with Naruhito's younger brother Prince Akishino being the father. There has been much discussion about eligible successors of Emperor Naruhito.

More than a decade ago, there had been a heated debate over whether to let Princess Aiko inherit the throne, but it was soon ceased by the birth of Prince Hisahito. Although the royal family looks peaceful now, there could be a latent crisis – is Emperor Naruhito willing to hand over the throne to his brother and nephew in the future? Scholars have also pointed out that counting on Prince Akishino as the only eligible heir is very risky. In the long run, the heir crisis may still exist. The Japanese government and the public are also ambivalent about the heir issue, though there have been repeated calls to support Prince Hisahito. Who, between Princess Aiko and Prince Hisahito, will inherit the throne still remains unknown.

Parallel to the rarity of its royal population, Japan suffers from a steep decline of population in general. The decline is reflected in both size and quality of the population.

As more and more Japanese youngsters choose not to have children, Japan's fertility rates have dropped sharply in recent years, with the number of new births falling below one million this year. Low fertility rates will lead to shrinking domestic market and even more sluggish economy.

Moreover, young people in Japan seem to be unmotivated and lacking interest in anything, resulting in a decline of population quality. As pointed out by some scholars, young Japanese are losing their ambitions, are obsessed with minimalism and money-saving, and have no motivation to consume or to achieve anything.

The learning capacities of young Japanese are also degrading. According to a survey among students across various countries, the rankings of Japanese students plummeted in terms of reading, math operations and scientific computation.

While people have spoken highly of Japan's achievements in science and technology in recent years, few have taken notice of the "failing" of young Japanese today. Education is not a process that could be achieved overnight. Decades of hard work have led to Japan's current accomplishments, yet where will the current young generation lead Japan?

While Japanese politicians are always talking about formulating and implementing a national strategy, their work only involves minor repairs and modifications instead of a grand plan for the country's centennial development.

Prime Minister Shinzo Abe may have more great talent than bold vision for he is more like a "repairman" than a "reformer." The "Abe Doctrine" is not a grand strategy which should incorporate solutions to the country's fundamental problems. For Japan, the fundamental problems consist in economic affairs. Compared with his assertiveness in security and constitutional amendment, Abe's economic reform, known as the Abenomics, has always been mediocre, with the "three arrows" focusing on aggressive monetary policy, flexible fiscal policy and growth strategy while the new "three arrows" including economic growth promotion, child-rearing assistance and social security measures for the elderly. The "three arrows," no matter old or new, have done nothing but miss the target.

The reason lies in that Prime Minister Shinzo Abe has never managed to go beyond patching up the economic system to introduce fundamental institutional reforms as most Japanese scholars have already criticized this tendency. Apparently, Prime Minister Abe does not have the boldness and drive to carry out economic and social reforms, in stark contrast to Yukio Hatoyama, the former prime minister who pushed for an East Asian Community.

Prime Minister Abe is convinced that Japan should rely on the United States for security. However, such reliance is like drinking poison to quench one's thirst for Japan. The more it strengthens relations with the United States, the more it will be subject to the United States. Japan's "full surrender" in the recent Japan-U.S. trade talks proves all.

Overall, today's Japan is desperately in need of a reformer to turn the tide. It must implement a deep reform in areas such as royal heir, population and the grand strategy. The process may be painful, but it is essential for the country's development.

In fact, the Japanese nation is known for its enterprising spirit and responsiveness to the changing times. The Japanese people should leverage such strengths and work with the government to roll out strategic changes, including reforming the socio-economic institutions at home and strengthening ties with neighboring East Asian countries.

As rightly suggested by some Japanese scholars, it is wise for Japan to abandon the unrealistic "great power" policy and take the development path of "middle power." This will not only serve Japan's national interests but also its long-term stability. Why not give it a try?