OPINIONS Relationship that inherits the past, creates the future

Relationship that inherits the past, creates the future 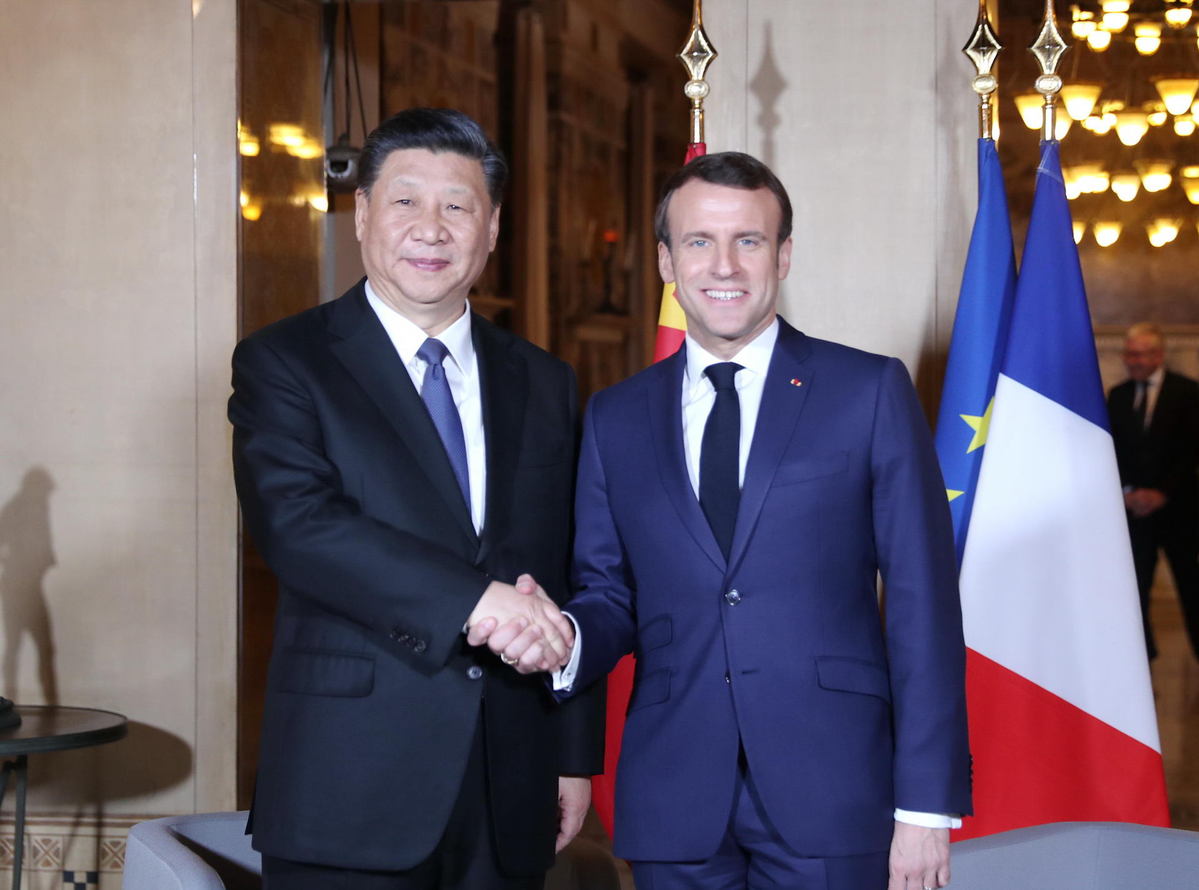 President Xi Jinping's state visit to France has injected fresh vitality into bilateral ties. The two countries' pledge to build a more solid, stable and vibrant China-France partnership will not only bring real benefits to the two peoples but also contribute to the healthy and upward interaction between China and the European Union.

During their talks on Monday, Xi and his French counterpart Emmanuel Macron vowed to carry forward the two countries' comprehensive strategic partnership at a new starting point in history. The two leaders also witnessed the signing of a slew of cooperative agreements and multi-billion dollar business deals between the two countries.

Apart from the eye-catching deal in which China will purchase 300 aircraft from Airbus, the two countries also agreed to deepen cooperation in a wide range of fields including renewable energy, transportation, agriculture, finance, culture, and science and technology.

As Xi rightly pointed out during his talks with Macron, the history of China-France cooperation shows that bilateral ties are not "a zero-sum" game. The current stable economic ties and prosperous people-to-people exchanges would not have been achieved had the two countries not treated each other as cooperative partners.

As long as the French side views China as a cooperative partner, China's sustained development and further opening-up will bring new opportunities and create a vast space for the two countries to anchor their bilateral cooperation in a new era.

Considering that China-France ties are an important part of China's relations with the European Union, France can serve as a bridge to facilitate smooth communication and better understanding between China and other European countries.

Hence, it is encouraging to see EU leaders have used the golden opportunity of Xi's visit to France to seek more common ground and build more consensus. On Tuesday, German Chancellor Angela Merkel and European Commission chief Jean-Claude Juncker traveled to Paris to join Xi and Macron for talks to explore "points of convergence" between China and the EU.

As the EU is mulling new positions on its overall interaction with China, there has been speculation that EU leaders intend to emerge from the previous division and seek to form a united front in dealing with China. It is hoped a united front will lead the bloc toward a more prosperous and reciprocal relationship with China. With the world undergoing major changes, China and the EU are at a critical stage in their relations. As important players in a multi-polar world, China and the EU have everything to gain from engaging with each other and deepening their reciprocal cooperation on all fronts.

It is believed that China and EU leaders will have the strategic vision and political wisdom to deepen bilateral cooperation and jointly send a positive signal to the world that they will continue to endorse free trade, multilateralism and international cooperation.