OPINIONS Releasing Meng is the only choice for Canada

Releasing Meng is the only choice for Canada 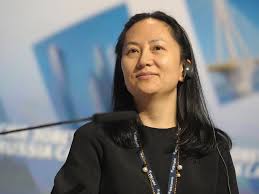 Canadian Prime Minister Justin Trudeau spoke to US President Donald Trump over the phone on Monday. The two leaders reportedly discussed the US' extradition request and "reaffirmed the importance of respecting judicial independence and the rule of law." Although not mentioned by name, the extradition request refers to the case of Meng Wanzhou, chief financial officer (CFO) of Huawei Technologies.Justice William Ehrcke, who granted bail to Meng, said during a three-day hearing in December that if no extradition request is received by January 8, 2019, Meng must be freed. But what's ridiculous is that the US government is still partially shut down and US Department of Justice is affected as well. Considering that Trump once said the shutdown will last "as long as it takes" to get his border wall funding, Meng's case may be delayed for some time.The two leaders claimed to respect "judicial independence and the rule of law," but is that the way a country under the rule of law behaves? The US and Canada kept proclaiming that judicial authorities must fulfill their duties under the US-Canada extradition treaty. Does that mean they can disregard international law? Canada has been emphasizing its so-called judicial independence, but why did it forget such an obvious principle when faced by Washington's unreasonable requests?Meng's bail does not console Chinese. Canada should correct its mistakes and immediately releases Meng. Chinese Foreign Ministry Spokesperson Hua Chunying said during a regular press conference on December 24, 2018: "At the behest of the US side, it illegally detained the senior manager of the Chinese company who has violated no Canadian laws as the Canadian side itself has acknowledged. This action, which is far from legal, legitimate and reasonable, is what truly merits the name of arbitrary detention."Trump said that he would intervene in Meng's case if it would help secure a trade deal with Beijing. Obviously he believes it is not simply a judicial case, but a bargaining chip to deal with Huawei and China. Meng's case has been a political one from the beginning, and Washington is using its power to lay a political siege on China's technology sector. Without any solid evidence, Washington insists that Huawei is threatening other Western countries' national security. This smacks of double standards. The US' long-arm jurisdiction has no legal basis, and Canada's arbitrary detention is ignoring the obligation of protecting Chinese nationals' legal rights and interests.Canada and the US must release Meng Wanzhou immediately. This is their only choice. US government shutdown shouldn't be the excuse for delaying the case, and China's relations with Canada and the US shouldn't be influenced by Washington's chaotic domestic affairs. No matter how the US seeks support from other Western countries, such arbitrary detention  is unjustified.Time is ticking away. Canada must make a choice. If a Chinese high-tech company's CFO eventually becomes the victim of an unfair political siege, the US and Canada should be ashamed, and also be fully prepared for China's further retaliation.