OPINIONS Remembering correctly – Is it racist to lessen horrors of slavery and colonialism?

Remembering correctly – Is it racist to lessen horrors of slavery and colonialism? 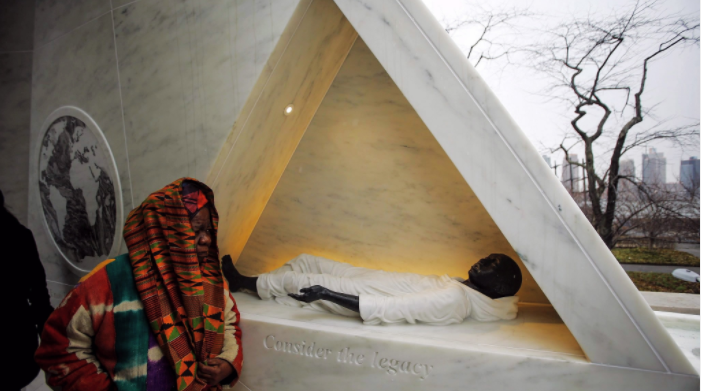 The United Nations General Assembly comes up with many resolutions to have special days to remember or commemorate something. One of those is Resolution 62/122 of December 17, 2007, that declared March 25 the “International Day of Remembrance of the Victims of Slavery and the Atlantic Slave Trade.” Among the issues that keep cropping up is that of responsibility and possible reparations to the victims. The issue is emotional, ideological, touchy and globally challenging.

As a result, the purpose of slavery and the transatlantic slave trade has long been the subject of heated debate. Was it simply racism couched in European Christian language to do as Pope Nicholas V ordered in the name of Jesus Christ? Was it imperial greed and competition tinted with high-sounding religious overtones? Or was it an economic necessity forcing good, freedom-loving white people like Thomas Jefferson and George Washington to tolerate what they knew was evil while hoping that the necessity would disappear and remove the contradiction? Did chattel slavery and the slave trade disappear due to anti-slavery and anti-slave trade campaigns or was it simply a consequence of industrialization?

Whatever the explanation, Africa was a two-phase triple victim: land destruction, the slave trade and territorial colonialism.

The first victimhood was the depopulation and destruction of African territories through organized slavery wars. The effect, as Walter Rodney argued, was to underdevelop Africa, to pull Africa down. The second victimhood was the actual uprooting of people in millions and transshipping them to become chattel slaves in mines and plantations across the Atlantic. The third victimhood was the European creation of colonial states in Africa as a result of industrialization demands.

In the first phase, the question of the number of victims, in terms of those uprooted and/or transported outside Africa and who are the victims to receive reparations, if any, raises strong emotions.

The Atlantic slave trade, uprooting millions of Africans, had started as a humanitarian gesture in 1517 to save Native Americans from dying. Importing and enslaving healthy looking Africans to build the Americas was the acceptable solution to labor problems.

Having noticed what the Spaniards and the Portuguese acquired through the slave trade, other Europeans became envious and mounted imperial wars. The English, the French and the Dutch destroyed the Spanish and Portuguese slave trade dominance. The English emerged as successful slave dealers which became the foundation, as Eric Williams noted, of industrialization in England.

In the second phase, since industrialization had made the Atlantic Slave Trade and uprooted people from Africa irrelevant, the Euros imposed “slavery” in situ in the form of territorial colonialism.

The focus was on extracting natural resources, rather than manpower, and to do it without fighting in Africa. White powers met at Berlin to discuss how to claim African territories peaceably. The tools were conquest, effective occupation, missionary conversions and creation of colonial states whose legitimacy derived from agreements in European capitals.

In the process, the tools were to destroy everything of Africans, especially their identity, history and faith and to create a sense of dependency. The destruction in situ was to make Africans lose self-confidence, accept claims of Euro superiority and native inferiority, and internalize new inferior identities that would not question European looting of African resources.

It is the African slavery experience at the hands of the European imperial operators in the two phases of the slave trade and territorial colonialism that is the subject of the UN-mandated annual remembrance.

One purpose of the commemoration is, through education, to inculcate in future generations the “causes, consequences and lessons of the transatlantic slave trade, and to communicate the dangers of racism and prejudice.”

In that inculcation of what future generations should not forget, two contestations emerged. First is one on reparations and the second is on whether colonialism was that bad. The effect of the second is to negate the first.

The purpose of the Remembrance Day is likely to be lost in the first contestation on reparation through the game of numbers and shifting responsibilities.

When Philip Curtin searched the records of the number of Africans who landed in the Western Hemisphere in slave ships, he opened up a debate on the gravity of slave trade. His numbers, roughly 10 million, were less than what had been assumed before 1969.

This led Rodney to accuse Curtin of racism on two points; the figures were wrong and even if they were correct, the effect was to lessen the crime.

Making slavery and slave trade seem less than they were, he insisted, was racism. Blame shifting related to the idea of sharing responsibility for the slave trade and it attracted prominent African Americans like Henry Louis Gates and Keith Richberg.

The African chiefs, Gates asserted on the reparation issue, sold them to white slavers. Given the misery of people in African states, Richberg argued, he was lucky his ancestors were on slave ships. This line of argument links up with the second contestation on who should interpret or determine African interests.

Since the voices of recolonizing Africa are on the rise among both Euro policymakers and academics and might spread, they might, by design, disorganize the objective of the Remembrance Day.