OPINIONS Report will testify to callous indifference of US

Report will testify to callous indifference of US

US President Joe Biden ordered the intelligence community of the United States to submit an investigative report on the origins of the novel coronavirus within three months on May 26, in a bid to press China to reply to "many unanswered questions". 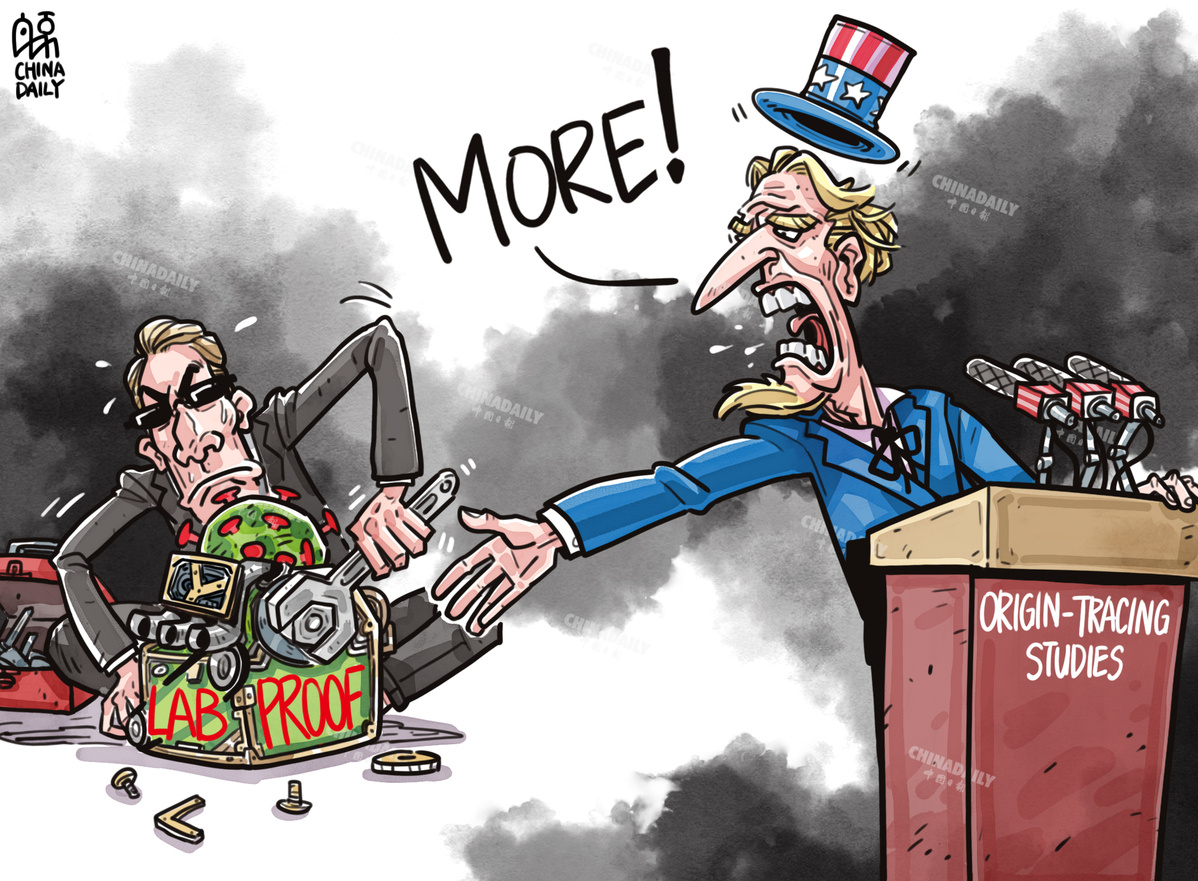 The intelligence community must be busy cramming for the final version of the report. However, neither the president nor the special agents undertaking this errand can sidestep the question that how much authority the report will have.

With the origins of many previous epidemics being unidentified decades after their outbreaks, it is ridiculous that the US leader ordered his intelligence community to identify the origins of the novel coronavirus within three months, while the scientific community of the world is still looking for the answer.

Gifted in cheating, lying and stealing, what the intelligence community of the US is good at is assassinations, subversion and eavesdropping around the world. It spares no effort to create chaos in other societies, lend stealthy and open support to the US puppets in other sovereign countries and maintain and exercise the US hegemony under the pretext of defending democracy and freedom.

The US intelligence agencies fabricated fake evidence to justify the US bombing of the north of Vietnam in 1964 and the US-UK joint forces' invasion of Iraq in 2003.

After international experts of the World Health Organization concluded in March that a leak from the virology lab in Wuhan was "extremely unlikely" according to their field research in China, the Biden administration openly questioned the reliability of the findings, and vowed to hold the WHO accountable.

It was from then on that his administration realized that if it really wants to smear China and scapegoat the country for the pandemic, the US must conduct the research on its own, or at least dominate it. But after realizing that not all US scientists are willing to lower themselves to endorse its politicization of the scientific work, the Biden administration has had to order the intelligence community to tailor-make a report.

The report will only become further evidence testifying to the hypocrisy of the US and how shallow its values are. If the Biden administration acts on the patchwork report and further intensifies its baseless attacks on China on the origin tracing, it will only make itself a laughingstock of the whole world, and callously continue putting politics before lives.