OPINIONS Republicans are making their moves

Republicans are making their moves 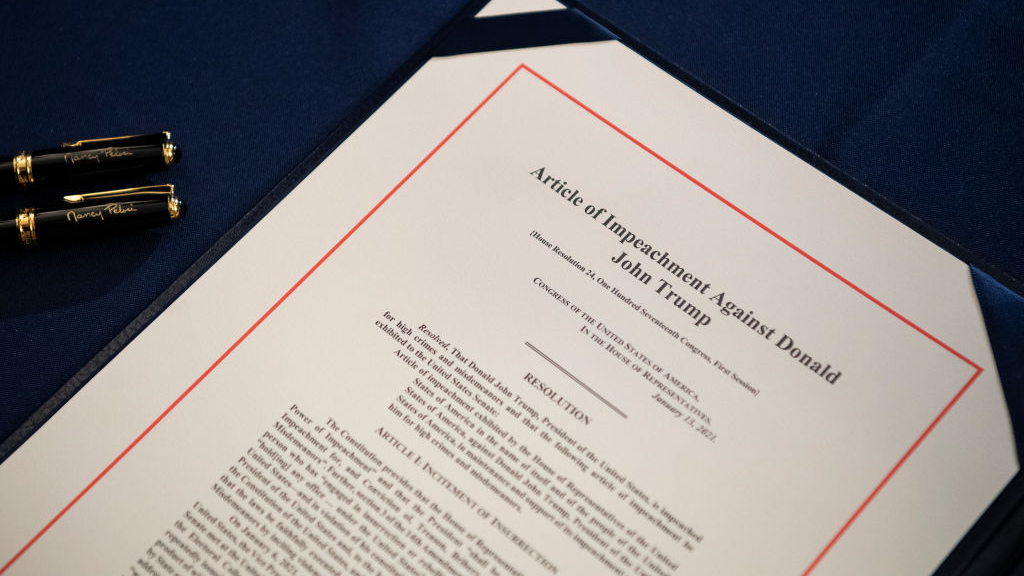 The article of impeachment is pictured before an engrossment ceremony in the Capitol in Washington, January 13, 2021. (Photo: Getty)

The impeachment proceedings against U.S. President Donald Trump are taking shape precisely one week before Joe Biden's inauguration. On January 13 local time, the House of Representatives impeached the president for a second time in his only term.

Unlike during the Ukraine impeachment, the topic is gaining traction within the Republican Party also.

Despite Vice President Mike Pence's rejection to invoke the 25th Amendment, which could have removed the president from office, some House Republicans have openly stated their proclivity for supporting the Democrat's impeachment efforts.

Among them, Liz Cheney, daughter of former Vice President Dick Cheney, passed a damning verdict on Trump and said the president had "summoned this mob, assembled the mob, and lit the flame of this attack."

"None of this would have happened without the president. I will vote to impeach the president," she declared. Besides Cheney, nine other Republicans voted with the Democrats in the House in favor of impeachment. 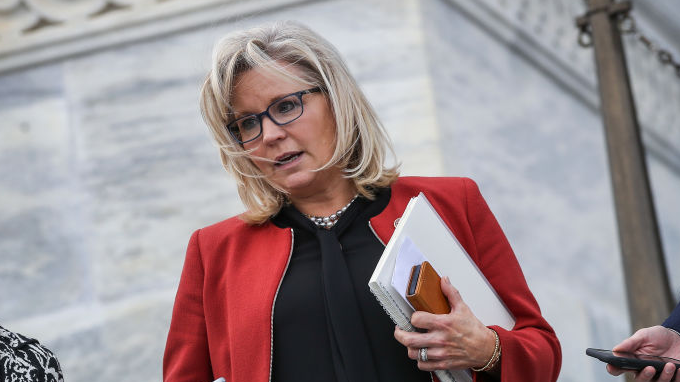 U.S. Representative Liz Cheney speaks to reporters at U.S. Capitol after the last votes of the week in Washington, D.C., January 10, 2020. (Photo: Getty)

But the vote is not about obtaining a mere majority, as Democrats already control the House. Rather it is a message on the Republican Party's status quo. A message that could indicate how a subsequent Senate trial might play out. A conviction in the Senate requires 17 Republicans to vote with all Democrats. Senate Republicans such as Mitt Romney, Susan Collins, Ben Sasse, and Pat Toomey have openly opposed Trump. Still, they have not yet provided a conclusive yes in favor of convicting the president.

Democrats are nonetheless hopeful after it became public that Senate Majority Leader Mitch McConnell reportedly internally indicated that he considered impeachment proceedings against Trump justified. If accurate, McConnell is likely to influence other senators in their decision.

The GOP now finds itself at a precipice. With the president leaving the White House, the moderates, "MAGA" Republicans, and opportunists are scrambling for position.

While traditional Republicans such Mitt Romney merely seek to take the party back to the pre-Trump days, when values such as stability, the rule of law, decency, and fiscal discipline were the focus, "MAGA" Republicans seek to continue Trumpism. They bet on a continuation of the president's influence and the possibility to mobilize Trump's base to the extent that it produces success during the 2022 midterm elections and, for Republicans such as Josh Hawley, Ted Cruz, or Jim Jordan, opportunities for their respective 2024 presidential candidacies.

The third group includes the rather unideological opportunists. After the lost presidential election, the lost Senate elections in Georgia, and the most recent carnage at the Capitol, these Republicans are reorienting themselves - most likely towards the moderates.

The latter seems all the more relevant in light of the events on January 13. In his first public appearance since the attacks on the Capitol, Trump defended his speech as "perfectly appropriate" during a visit at the Alamo in Texas. Once again, the president not only denied responsibility for the heinous acts but also accused the Democrats that impeachment was dangerous for the country and at the same time caused "enormous anger." "It's a terrible thing what they're doing," said Trump.

His words confirm what needed to be anticipated: he feels no remorse nor responsibility for his action even after the previous week.

It will make voting even more straightforward for several Republicans, but the latter notwithstanding, the GOP faces interesting times ahead. The Senate trial will thus not only provide one with an answer to whether or not the president's actions were appropriate but with the direction the Republican Party seeks to take in the post-Trump era.