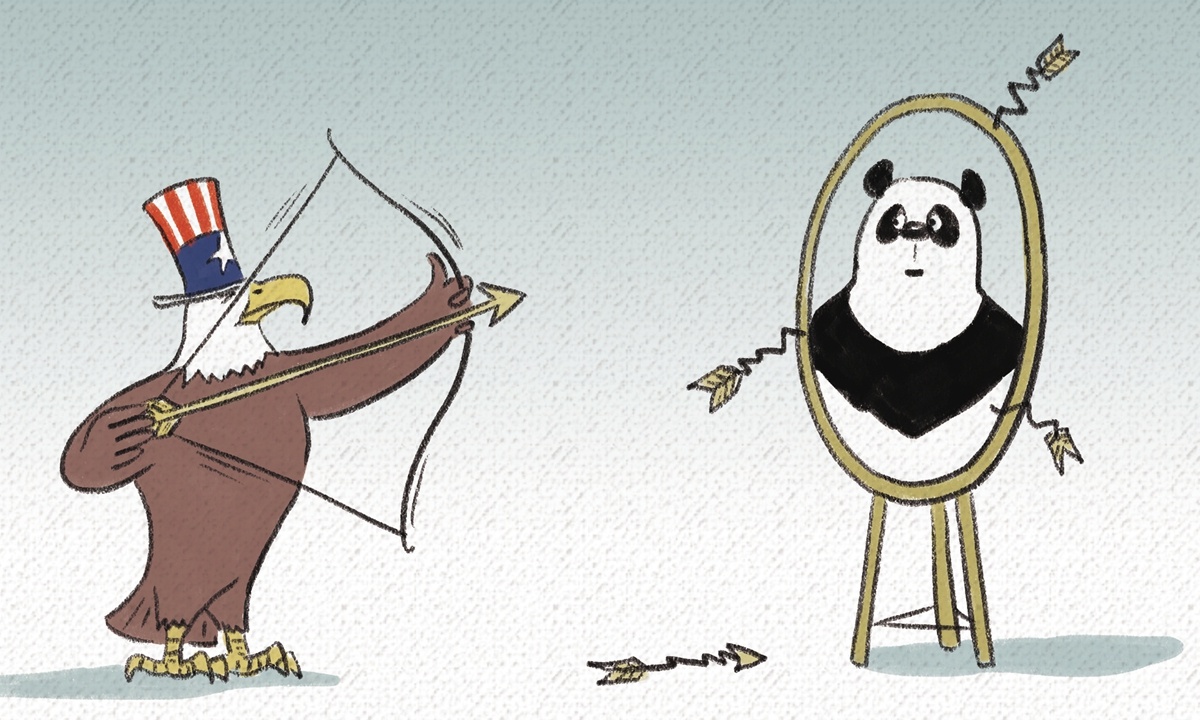 It includes 137 anti-China bills and other provisions that aim to comprehensively address the so-called threats posed by China. This is nothing new but a purely political stunt.

Billed as a "comprehensive legislative blueprint" to treat China as a "threat," the China Task Force Act is nothing more than a legislative wish list of a dozen Republican representatives.

House Minority leader Kevin McCarthy, Republican Congressman Michael McCaul, along with other Republican congressmen, established the China Task Force in May to examine "a wide range of China-related issues."

In the beginning, they tried to bring some Democrats with strong anti-China stance into the group, hoping to tie them to the Republican Party's chariot to form a stronger campaign to make China the scapegoat for the COVID-19 outbreak. But their attempts to form a bipartisan group failed as Democrats had been on guard about it and wanted to leave this batch of Republicans to their own devices. McCarthy used the Democrats' refusal to join the group as an excuse to accuse them of being soft on China.

The US election is now in its final stage and there are less than two weeks to go. Republicans in both the House and Senate are nervous about losing their seats. This makes it difficult for them to push forward legislation. Yet the group still raised 137 anti-China bills.

First, they want to seize the last opportunity to hype China-related issues and make it a final boost for US President Donald Trump's reelection campaign. The Republican Party has long regarded its anti-China stance as a battle cry. It helps cover up negative effects brought about by the administration's failure in fighting the COVID-19.

In addition to utilizing the House of Representatives' endorsement of Trump's whole-of-government strategy to counter China, the anti-China Republicans also hope to use a whole package of anti-China legislative propositions to create momentum. They want to shift the public attention from domestic issues to the challenges brought about by China, thus trying to boost Trump's campaign.

Second, the China Task Force aims to consolidate an anti-China framework, in an attempt to leave no room for the new administration's possible adjustments.

After taking office, the Trump administration issued its National Security Strategy report in December 2017, in which China was labeled as a strategic competitor. Right now, the US' domestic and foreign policies are almost entirely centered on its strategic competition with China.

From wars on China's trade, technology and governance to the all-round decoupling from China, to the unreasonable tariffs, and the long-arm jurisdiction and blaming China for its surges of coronavirus infections, China-US relations during the Trump administration have spiraled down to an unprecedented low point.

In particular, Trump has launched a series of sanctions against China and a series of anti-China bills involving affairs in Northwest China's Xinjiang Uygur Autonomous Region, Hong Kong Special Administrative Region and the island of Taiwan. He has consolidated a serious anti-China stance within the US legal system.

To some extent, this has already framed the next US administration's China policy.

The 137 enactments are straight-up anti-China propaganda pieces. The China Task Force is trying to instill an anti-China mentality into all levels of American political society through legislative means. This means that no matter which party takes office, it will have to follow the already established anti-China framework. This may well force China-US ties to move toward a new cold war.

Tactically, we should not be disturbed by the so-called China Task Force Act. But strategically, we should maintain a high vigilance against the political logic of the act. The Trump administration spews political garbage. And now we must act to prevent China-US relations from falling into the trap of a new cold war setup by these Republicans.