OPINIONS Rescue and stimulus plan ahead

Rescue and stimulus plan ahead 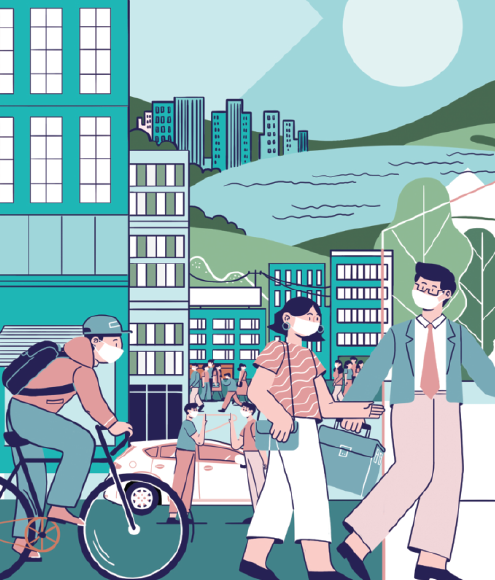 The novel coronavirus pandemic in Europe and the United States started to worsen in the end of February, so their economies will inevitably be struck a heavy blow and are expected to fall into recessions in the short term with GDP shrinking by 15 percent in Q2 on a year-on-year basis. The huge uncertainties brought by the pandemic will lead to reduced investment and demand for durable consumer items, which means a drop in global trade is to follow. All these combined could also impact China's economy in the next one or two quarters.

To ease the difficulties caused by the pandemic, priorities should be given to introduce policies to help ease the difficulties of households and companies, in particular small-and medium-sized enterprises, to prevent bankruptcies, defaults and soaring unemployment. By doing so, demand will be able to pick up and companies that are at the core of the supply side will quickly resume production once the crisis ends.

To be specific, the Chinese government could adopt a comprehensive rescue and stimulus plan of 7 to 10 percent of its GDP to address the urgent needs of small-and micro-sized companies and help those in financial difficulties. The key is not whether the plan comes from monetary or fiscal policy. To speed up the process and prevent taking up market capital, the central bank should play the pivotal role. While strengthening support for liquidity, the central bank could also take other measures, such as using quantitative easing tools and buying special treasury bonds to increase monetary base and central fiscal expenditure.

Based on a comparative study of various countries' rescue plans and China's current situation, three principles for such a plan to help vulnerable companies and the poor can be proposed. Specifically speaking, the government should focus on the hardest-hit companies and families, especially those in Hubei province. In rescuing companies, priority should be given to the small and micro ones. When it comes to medium-sized and large corporations, it could be limited to liquidity support in principle. Those companies with good qualifications but facing broken cash chains due to external demand shocks and disrupted industrial chains should also be on the rescue list.

The government and central bank have done a lot of work to ensure liquidity supply, but regulators could have greater tolerance toward the non-performing loans of commercial banks, in particular those in hard-hit areas, and relax certain regulatory indexes at the same time.

Preparedness could also be enhanced to supply the credit debt market with enough liquidity. When China's high-yield bond market was hit by a default and liquidity crisis in July, 2018, the People's Bank of China, China's central bank, adopted window guidance measures and provided an extra medium-term lending facility for non-financial credit bond investment. Within this scheme, those agencies with AA+ and above ratings could get a 1:1 medium-term lending facility, and those below could get 1:2. This program could be restarted when necessary.

The process of export tax rebates could also be streamlined and the payment of such reimbursements accelerated. The central bank could entrust commercial banks to provide the liquidity needed in between. Once companies get export certificates from customs, they would be given capital by commercial banks to improve their cash flow. China's foreign trade enterprises received a total of 1.65 trillion yuan ($232 billion) in export tax rebates in 2019. But many complained about the lengthy and complicated rebate process taking up too much cash.

The temporary arrangement of delayed capital repayments with interest for medium-, small-and micro-sized companies could also be expanded. The liquidity needed should be offered by the central bank.

As for interest payments, taxes and fees, here are some proposals. First, cut or exempt the loan interest for small-and micro-sized companies, in particular those in Hubei province. Second, lower taxes in Hubei, especially in Wuhan, the capital, and increase transfer payments to Hubei on a phased and systematic basis. Third, temporarily cancel corporate income tax for Hubei's small-and micro-sized enterprises and temporarily lower income tax for those outside Hubei province. Forth, subsidize the small-and macro-sized enterprises (SMEs) that did not lay off or just did small downsizing, with such subsidies earmarked to pay minimum wages. Experience could be borrowed from America's Paycheck Protection Program (PPP) for SMEs. PPP aims at helping SMEs pay employees' wages. When companies have no orders and business, they use the government's transfer payment to secure employment. So from this point of view, ensuring employment is the same as safeguarding people's livelihoods. Without PPP money, companies will cut jobs, and the government will have to assist the unemployed anyway. There is a lot to learn from developed countries in this regard.

The benefits for the unemployed should also be increased and the threshold for unemployment insurance payments should be relaxed. Children of the unemployed who are receiving compulsory education could be exempted from paying tuition for the ongoing semester and given certain living allowances. Lastly, direct subsidies ought to be given directly to residents affected by the disease. Increasing unemployment benefits is a direct way helping companies survive this difficult period.

The author is a chief China economist at Nomura Securities. The author contributed this article to China Watch, a think tank powered by China Daily. The views do not necessarily reflect those of China Daily.