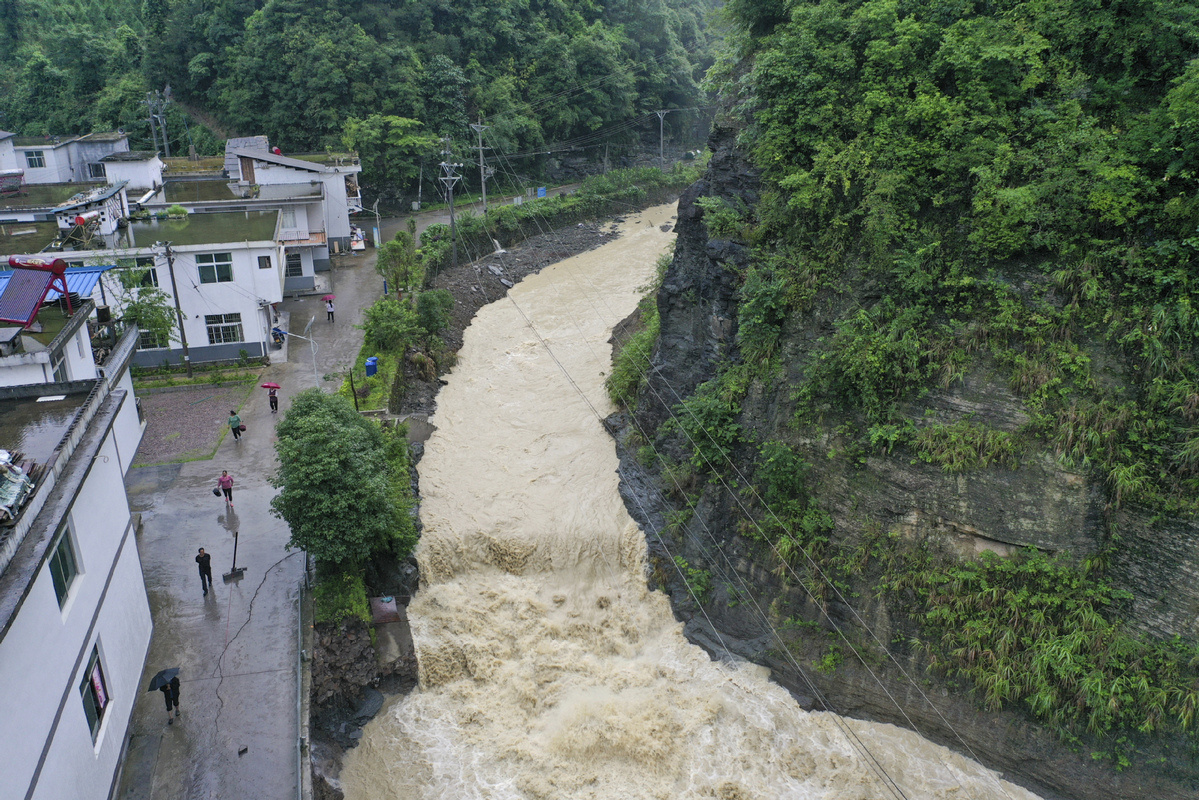 Due to intermittent rainstorms and heavy downpours, severe floods have swept across southern China almost every year. Since the start of this year, many parts of southern China have experienced frequent, intense rainfall within a short of period of time.

This year the floods, caused by natural climate fluctuations and an increase in extreme weather conditions due to climate change, have been more severe than in previous years.

Completely preventing floods in regions influenced by changing climate patterns may not be humanly possible. Yet by implementing efficient and effective water conservancy programs, the authorities can better control flooding and minimize the loss of lives and deaths.

China has made remarkable achievements in building reservoirs and dams, which have not only reduced the chances of floods but also provided water and electricity for the people. Statistics show that despite the rainfall this year breaking 80-year records in many places, the loss of lives and property will not be an 80-year record high because of the water facilities' effective management on floods. However, people's lives and property should always be better protected.

Although big dams, in recent years, have sparked huge controversies due to their ecological impact, high costs and the relocation of residents, China still doesn't have enough water conservancy facilities. In particular, the capacity of reservoirs on big rivers and the drainage system in some Chinese cities need to be further improved.

Thus, the amount of rainfall that can overwhelm China's reservoirs and cause floods with huge volumes of freshwater flowing into the sea can be transformed into valuable water resources in the US thanks to its larger water-storing capacity.

Chongqing in Southwest China, for example, is experiencing one of the worst floods in recent history, mainly because of the inadequate storage capacity of the reservoirs in the upper reaches of Yangtze River. The threat has been further compounded by news that all hydroelectric dams on Jinsha River, a branch in upper stretch of the Yangtze River, are full to capacity.

During major floods, rumors start doing the rounds about the Three Gorges Dam in Yichang, Hubei province — the dividing point of the midstream and upstream of the Yangtze River, led to the rising water levels in Chongqing. But the fact is Chongqing is located in the upper reaches of the river southwest of the dam.

But these rumors are baseless. Compared with the level and volume of water in reservoirs during several massive floods in Cuntan, Chongqing, before and after the Three Gorges Dam — the world's largest hydroelectric power project — gradually expanded operation in the past decade, the change is quite small. That's because despite being part of the Three Gorges reservoir, the water level of floods in Cuntan, a port in Yangtze River upstream, often stood at 160 meters and was always higher than the maximum level in the reservoir during the rainy season (145 meters according to national rules). So it's the torrents that decide the water level of Cuntan. Even if the reservoir raises the water level to prevent flooding in the middle and lower reaches of the Yangtze River, the impact on Cuntai's water level would be negligible.

Historical data can clear some misunderstandings about the role of the Yangtze Three Gorges Project in floods, while reminding government and the public that the best way to prevent floods in Chongqing is to build more water conservancy facilities based on scientific research.

China selectively built some hydroelectric dams in the last century due to shortage of funds, and they were mainly key projects with comprehensive social benefits — generating electricity and minimizing flood risks. As such, the authorities should allocate more resources, including funds, to build more water conservancy facilities in order to improve the flood-control system at home.

The author is deputy secretary general at China Society for Hydropower Engineering.